Aquatic plants for the foreground of an aquascape or aquarium are all characterised by their low final height. They are very well suited for the front areas of a layout. Staurogyne repens forms dense bushes that can be trimmed in a stepped form, which adds a sense of depth to an aquarium layout or an aquascape. Pogostemon helferi can be used as eye-catcher in the foreground, as its rosette-like slightly wavy leaf structure is quite stunning. Litorella uniflora is a very special plant for the foreground. With its stiff pointy leaves, it looks very bristly, and it goes great with very low-growing ground-covering plants, to whose structures it adds a sense of lightness.

Especially small Cryptocoryne species like Cryptocoryne parva can be deliberately placed directly next to hardscape in order to give the layout more structure. Species of the genus Hydrocotyle are also nice foreground plants. They provide the aquascaper with interesting leaf structures and bright light green colours.

Red foreground plants like Alternanthera sp. „Mini” oder Rotala mexicana “Goias” sometimes are of a intensive colour, and ought thus be used sparingly in this area in order to prevent them from disturbing the overall sense of calmness of the aquascape. 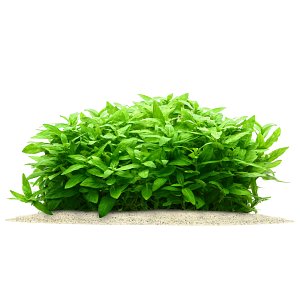 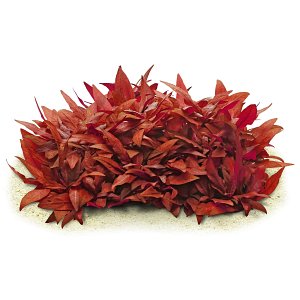 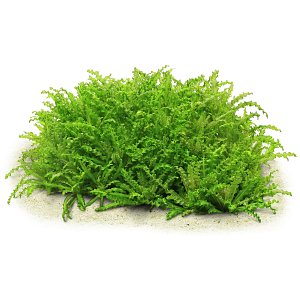 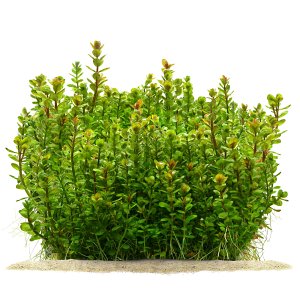 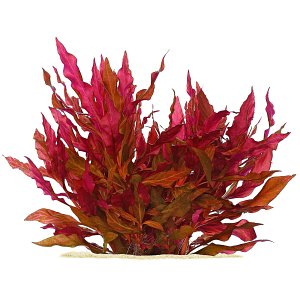 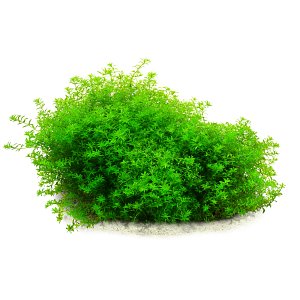 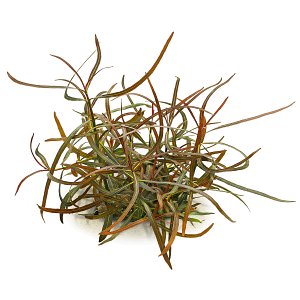 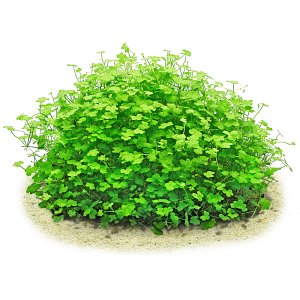 Foreground plants for your aquarium

Low growing aquatic plants in the foreground of an aquarium have their very special appeal. They basically set the stage for the design of the middle- and background inside the aquarium. Just as hardly any garden or park can do without an open, central grassy area, a plant aquarium or aquascape benefits from a low plant carpet in the foreground.

All aquarium plants, which also fall into the category "ground cover", such as Hemianthus callitrichoides "Cuba", Micranthemum tweediei (= Micranthemum sp. "Montecarlo-3") and Eleocharis sp. "Mini", are perfect for foreground planting. In addition there are low-growing plants, which are less suitable as ground cover, but which enliven and loosen up a uniform plant population with their different structures and colours. In terms of aquascaping, they help transition the foreground into the background. In our shop aquarists and aquascapers can order a large variety of aquarium plants online. Many groundcovers can be purchased as in-vitro cups, which contain an abundant amount of young plants. Fast shipping contributes to the high quality of our plants.

Stocks of Pogostemon helferi with their curly, narrow, star-shaped leaves are a special eye-catcher in the aquarium. Alternanthera reineckii 'Mini' sets strong brown-red colour accents in the middle ground. Likewise, the small, upright growing stem plants Rotala indica (Rotala sp. "Bonsai") and Gratiola viscidula can be used in the fore- and middle ground. Staurogyne repens from Brazil is a particularly useful aquarium plant for aquascaping, as it can be shaped into dense carpets or low bushes of any shape by pruning. The lesser known Staurogyne sp. "Porto Velho" has a stronger tendency to creep and is interesting due to its narrow-lanceolate, somewhat wrinkly, partly slightly purple leaves. The three-part pennywort, Hydrocotyle cf. tripartita, captivates with its lively light green, decoratively lobed, small leaves. As a very fast-growing aquarium plant, it is particularly recommended for the first planting of an aquarium. Limnophila sp. "Vietnam" also grows relatively fast and is especially beautiful in "mountainous" layouts with its crawling stems. Rotala mexicana "Goiás" is more of a rarity. This small-leaved, creeping stem plant shows a play of colours from light reddish green to pinkish tones.

Even a number of small rosette plants have their right place in the foreground. The smallest water trumpet species, Cryptocoryne parva, forms small, narrow-leaved, medium-green tuffs or lawns and grows very slowly. Similar, but larger and more vigorous are the robust, undemanding plants from the Cryptocoryne x willisii type of form, such as "nevillii" and "pigmea", which spread out like lawns via sub-substrate runners and need only little light. Cryptocoryne wendtii 'Flamingo' and Cryptocoryne beckettii 'Petchii Pink' set bright-red colour accents, and the slow-growing Cryptocoryne albida 'Brown' is a real eye-catcher with its very narrow, brown-red dotted leaves. A great discovery for aquaristics is Schismatoglottis prietoi from the Philippines, which looks like a small, bright green Anubias. Small Eriocaulon species such as Eriocaulon cinereum with their erinaceous, silvery grey-green leaf rosettes are particularly decorative and conspicuous. The rare Trithuria sp. with its very fine leaves which are red at their base is reminiscent of an Eriocaulon.

Even many small epiphytic plants can be used in the foreground. However, they should be fixed to the ground, for example with JBL ProScape Plantis plant clamps, and the rhizome should not be buried. The many Bucephalandra-forms captivate with their varied, rather dark hues and pretty leaf shapes, while the green, small-leaved anubias like Anubias barteri var. nana 'Pangolino' and 'Paxing' are characterized by special robustness.

Also different mosses are possible for the foreground in the aquarium. Riccia fluitans and Riccia sp. "Dwarf" form mats or cushions and are full of silvery oxygen bubbles during the day. Pilo moss, "Pilotrichaceae sp." forms a flat, dark green mat on moss pads or similar supports.