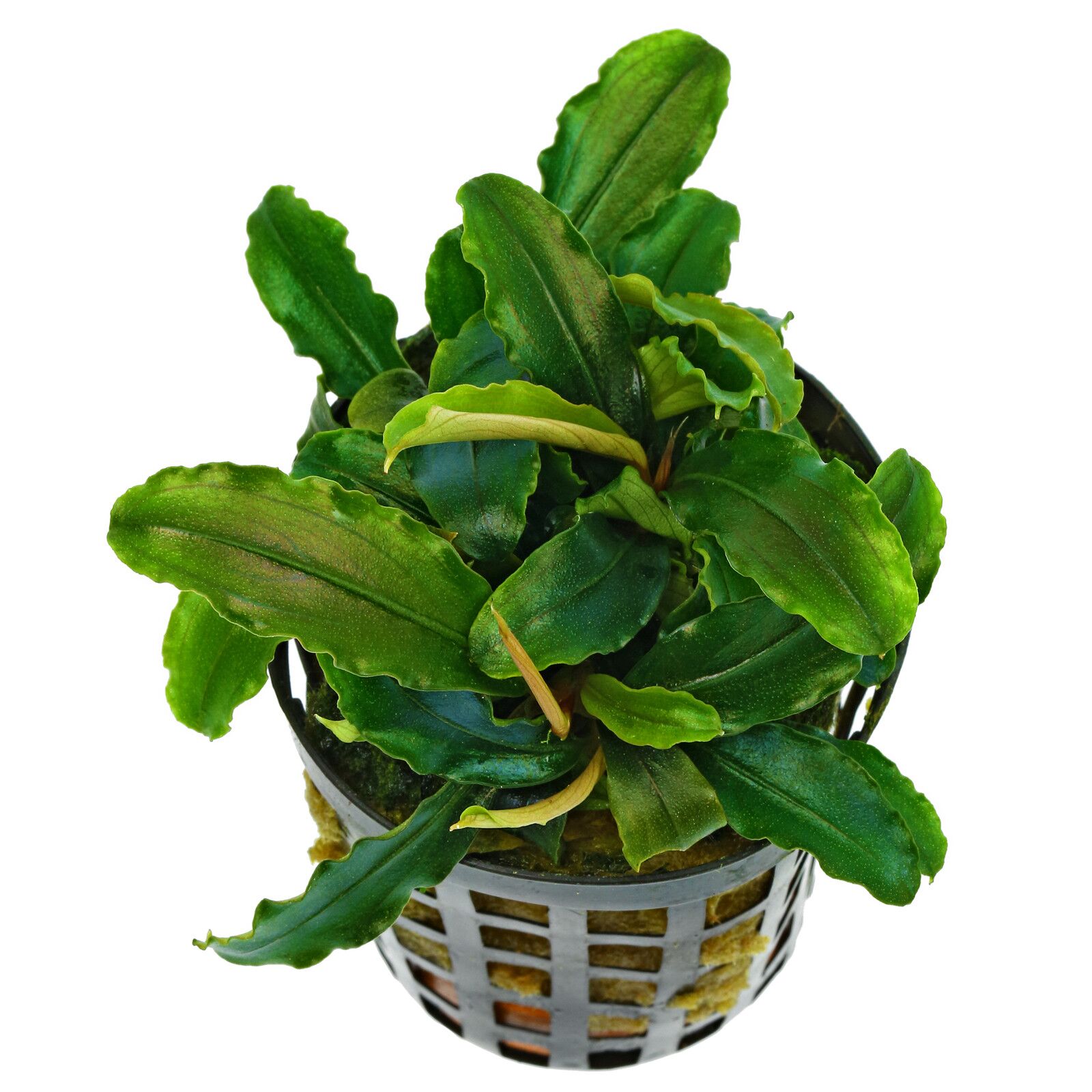 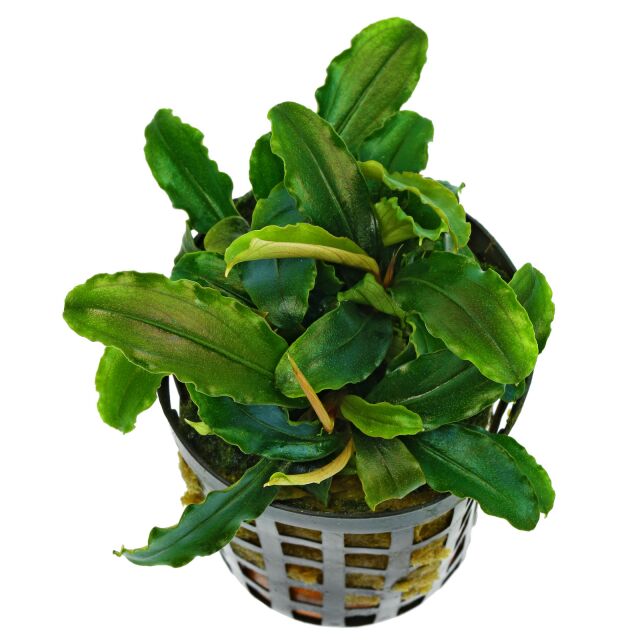 Sign in or Register
Free shipping on orders over € 50.- within Germany Change region
Express delivery possible
2-4 business days - order within the next 5 hours and 48 minutes and well deliver Saturday at the earliest
I want to order to  confirm
Description About the brand General information Customers ask customers Customer reviews

This Bucephalandra with the trading name "Theia Green" is produced in nurseries and tissue culture labs. It is relatively small and has obovate, short-stalked, quite soft leaves with round tip and a length of about 3 cm. The colour varies from dark olive green to light green; under water many silvery spots are visible. Its exact origin and species belonging is unknown to us, but as well as all Bucephalandras, it originates from Borneo island, growing as a rheophyte (adapted to strong current) on rock in the flood zone of rainforest streams. It probably belongs to the variable species Bucephalandra pygmaea.

As virtually all Bucephalandras, "Theia Green" is primarily an epiphyte on rock or wood. It can also be fixed to the bottom, however the rhizome must not be buried to avoid rotting. The plant looks best when grown with medium lighting, good water current and constant nutrient and CO2 supply. It is easily propagated by cutting terminal and side shoots.

Bucephalandra sp. "Theia Green" looks best on or at the base of hardscape in the aquarium midground. With its side shoots, it forms a dense stand with time.

This item has been rated 5 out of 5 stars
One review
Please sign in if you want to write a review. Sign in
Simone T.
Nice small Bucephalandra

Nice small Bucephalandra, it arrived quickly and in perfect conditions as usual, It was just a little pressed by other items, but did not suffered any damage. (read more)

Nice small Bucephalandra, it arrived quickly and in perfect conditions as usual, It was just a little pressed by other items, but did not suffered any damage.