A plague of snails

For some, they are a plague, for the others a welcome enrichment in the aquarium. Snails are always a hot topic in aquaristics. Here we explain the advantages and disadvantages of keeping snails in aquariums.

If one regards an aquarium as an independent ecological system, snails (and also other invertebrates such as shrimps) cover a useful, almost irreplaceable function. They do not exclusively eat biofilms and growths - and are therefore important algivores - but they also eat all the dirt thats accumulating in your tank. More specifically sludge, fish dung, dead plant parts, carcasses and food leftovers. All of these things contain organic substances that - if not utilized -increase the water load and also the number of bacteria in the water. Snails eat the organic garbage. As so-called consumers, they process food leftovers and pass them down the food chain. Finally, bacteria and other microorganisms - the decomposers - break up the remnants into their mineral constituents. 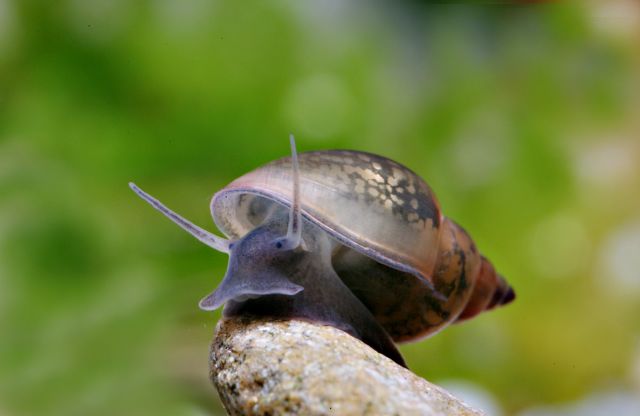 An aquarium containing snails is therefore ecologically a much more stable system and the overall impression usually much cleaner. Typical species that are more common in aquariums are bladder snails (see photo), ramshorn snails, and Malaysian trumpet snails. They are often introduced when purchasing new aquatic plants.

Many aquarium enthusiasts, however, perceive snails as optically unpleasant, especially when it comes to a massive increase in their population - a snail plague. One has to keep in mind, that explosive growth always has to do with the framework conditions. If the snails find plenty of food, this will reflect in their population density. Very often snail plagues come up during the cycling phase of an aquarium. During start-up, it always comes to growth peaks in various species of algae, which are excellent snail food - again directly noticeable in the propagation of the snails. As a rule, this will even out later: Through a lower food supply and food competitors, the population goes back to normal.

In aquariums with a dense fish stock, and accordingly intense feeding, the snail population can be high due to the high feed intake. If the invertebrates get out of hand, the aquarium owner should definitely reconsider his feeding behavior. 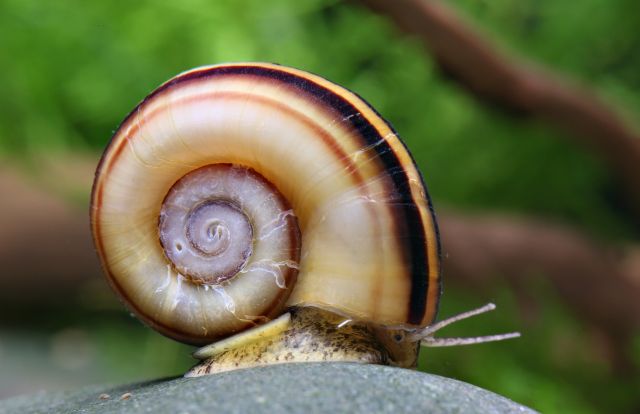 Depending on the type of snail present in the aquarium, it may happen, that some plants may get nibbled at. Some apple snail types (e.g. Marisa cornuarietis pictured above) are a typical example. Up to a certain degree, those snails can be kept from eating your aquatic plants by feeding them vegetables (peeled, blanched or dried) or special food with a high vegetable content. But you can never rule out entirely that the snails wont just eat particularly delicate and tasty plants.

Avoiding the introduction of snails

As aquarium snails are particularly often introduced as stowaways in aquatic plants, this problem can be solved elegantly by purchasing in vitro products. Here, the plants are cultivated in sterile cups, they are thus free of snails, other parasites, foreign plants, algae and pathogens.

Another option for prevention is a classic quarantine. Newly purchased or privately traded aquatic plants first enter a separate quarantine aquarium. Only if an infestation with snails or their eggs can be ruled out, they can be planted into the show aquarium. As a rule, snail eggs hatch after about 7-14 days, so the quarantine should be carried out for at least three to four weeks. Freshly hatched snails are very small so you should give them some time to grow so they can be seen better.

Some aquarists treat newly purchased aquarium plants with a short bath in mineral water or in an alum solution. Any adhering snails are stunned or killed. It is important to observe the relevant safety regulations when handling chemicals. Also, treated plants should be thoroughly rinsed before being placed in the aquarium. Snail eggs arent harmed by these short baths, so it is advised to grant a quarantine period of two weeks after such a treatment and then treat them again, killing off any freshly hatched snails on the second pass.

In case of an unwanted increase in snail population in the aquarium, the aquarist should first critically evaluate his feeding habits. Snail plagues do not come out of the blue, snail plagues are caused by an overabundance of food. In addition to measures such as feeding less or higher-quality feed and removing dead plants, there are a lot of options for reducing the amount of snails in the aquarium. Please keep in mind, however, that snail infestations always have a cause. If this cause (too much food) is not turned off, either the snails come back or you bring other problems such as excessive algae growth into your aquarium.

Individual snails can be picked up quite simply by hand. It is a bit more effective if you first place bait (such as a food tab) in a certain place. After a while, the bait lures a larger number of animals together which can be easily collected, without having to search for them everywhere in the aquarium. A snail trap works according to a similar principle, and is also equipped with bait. After a few hours the trap and captured snails are removed from the aquarium in one go.

Furthermore, stocking the tank with predators is an option. However, this step should be well considered, as these animals also have certain housing requirements that must be met. Pufferfish are often recommended as they feed on snails. It should be remembered, however, that these animals are food specialists. They can get quite big, and of course puffer fish have to be kept feeding snails after the slug infestation has been contained. If this is not the case, puffer fish can become quite aggressive towards other aquarium occupants and attack shrimp, plucking the eyes out of smaller fish, or starve to death due to lack of dental wear.
Another predator: The Clea helena preys on other species of snails and their young. But also carrion, worms or other protein-containing food are part of their diet. It should be remembered that one often just replaces one pest with another: as is the fashion with snails, Clea helena reproduces exceptionally well when a high amount of food is available. It would actually be better and more sustainable to get to the bottom of the cause and eliminate it instead of using snail eaters. 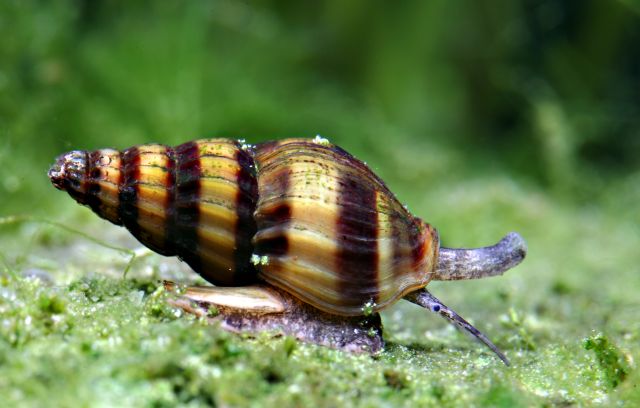 If you want to avoid an uncontrolled mass increase, but still keep useful snails in the aquarium, there are quite a few suitable species that can not reproduce in a freshwater aquarium. Among these are Clithons sp., Neritina and Vittina. 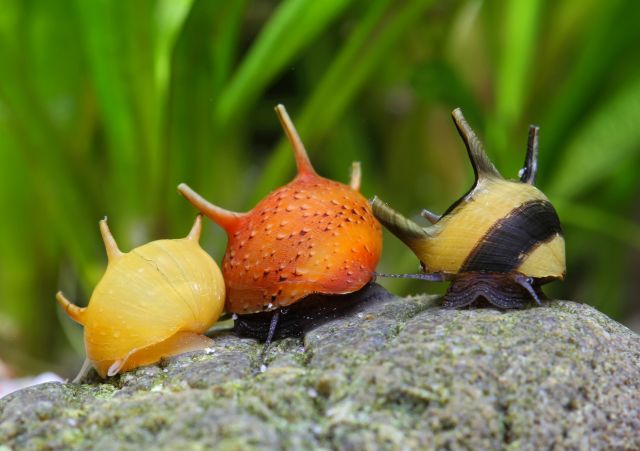 For successful propagation, these species need brackish water. From time to time you can see white egg cocoons attached to the panes or decoration. Although larvae hatch from these, they do not develop into snails due to the water conditions in a normal aquarium. Clithons and Neritina are excellent against algae coverings. brown algae, spot algae and other green algae coats on stones, driftwood and the aquariums panes are eaten by these animals in a very effective way. In this respect, it is highly recommended to have a few of these guys as a cleaning crew in your aquarium. For stocking density, we recommend the rule of thumb of one snail per 10 liters of water volume.