Are there any differences?

Many aquarium keepers are surely quite familiar with the terms "Nature Aquarium" and "aquascaping". But what are the differences? In the following, we'd like to throw some light on this issue.

The Nature Aquarium style is based on natural sceneries and differs explicitly from the so-called Dutch style. Amano used to call this style "flowerbed style"  a term that suggests that these aquaria are very much designed to meet certain human expectations and aesthetic concepts. They are usually colorful and geometric and tend to look rather artificial.

The principle underlying the Nature Aquarium style (often also called Japanese style) is the depiction of natural sceneries, also of sceneries above the waterline, in a glass tank and under water. Besides plants, you use decorative materials from nature like pieces of rock and driftwood, and to a larger extent than in other aquarium styles. The structures thus created are very different from those in a Dutch aquarium, and you get a variety of natural zones of light and shade. In the style created by Takashi Amano, these zones are typically planted with sun-loving or shade-loving plants. Ground-covering plants and stem plants are used in open areas with high light, and shade plants like mosses, ferns and other epiphytes that take root on rocks or driftwood all by themselves are used in areas with less light. The deliberate use of the contrast of light and shade corresponds to the sense of aesthetics so typical for Eastern Asia, which is mirrored in the Japanese concept of "Wabi-Sabi", where shadows and evanescence play an important role.

And what exactly is aquascaping? In the aquarium hobby, this term has become a household word much later than the "Nature Aquarium" concept, even though both are very closely related. Aquascaping is a short form of "aquatic landscaping", the creation of sceneries above the waterline, but in an aquarium. However, there is more to aquascaping than just the typical style created by Takashi Amano. In the course of the years, more and more people have started to study the art of aquarium design, and several different styles developed, which are all bound together under the umbrella term "aquascaping". Whereas Takashi Amano's typical style still leaves some leeway for the onlookers to find their own interpretation as it is somewhat abstract (much like impressionism), other modern aquascapes have a very high degree of realism and leave nothing to interpretation. These re-creations of actual natural landscapes are often called diorama style and impress the onlooker not only with a very realistic depiction of nature above the waterline but also with an incredible number of details and an extreme sense of depth. 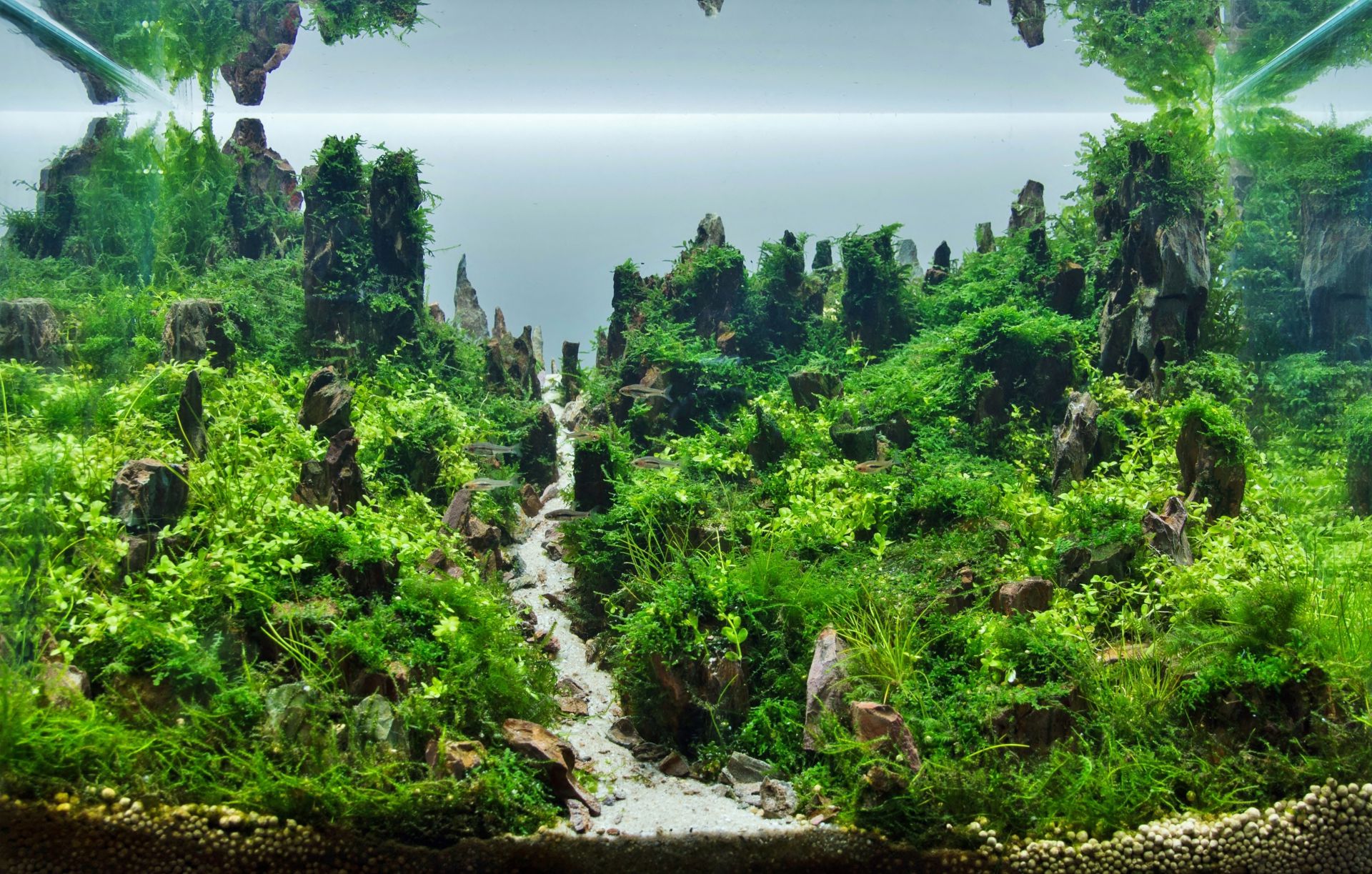 An aquascape in the diorama style by Aram Schneider.