What size of aquarium is good for layout making?


An aquarium tank with W60×D30×H36 (cm) is ideal for Nature Aquarium beginners. A 60cm aquarium tank has been the most standard size and is compatible with a wide range of equipment. This handy size of aquarium also has the advantage of the availability of layout materials in appropriate size. Meanwhile, aquarium tanks with W90×D45×H45 (cm) or larger are often used to create a full-scale layout. For upgrading from 60cm tank, it is recommended to use a 90cm tank which has a good balance and is useful for layout making.p> 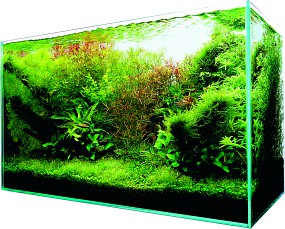 A standard 60cm aquarium tank is easy to handle and good for planted aquarium beginners.
W60×D30×H36 (cm)
Photographed in 2005 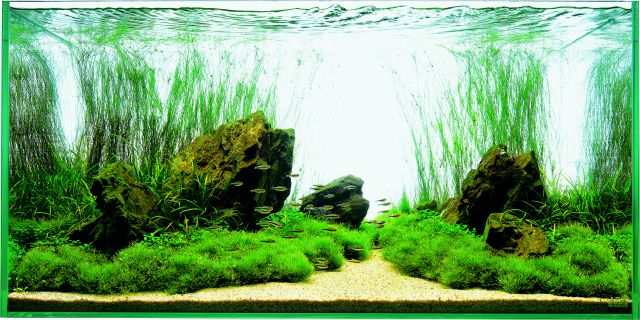 How does the aspect ratio of aquarium tank relate to the layout?


Appropriate layout type varies depending on the aspect ratio of aquarium tank. The standard aspect ratio, such as that of W60×D30×H36 (cm) and W90×D45×H45 (cm) tank, is very stable and suitable for any type of layout. Panoramic aquarium tank such as W120×D45×H45 (cm) and W180×D60×H60 (cm) tanks are suitable for Iwagumi layout featuring large open space and driftwood layout created based on the wide composition. On the other hand, tall aquarium tanks, such as W90×D45×H60 (cm) tank, are suitable for dynamic layout having driftwood raised to a steep angle or Iwagumi layout with a standing large main stone (Oyaishi).

A panoramic aquarium tank is also suitable for wide layout evoking an image of extensive grassland.
W180xD60xH69 (cm)
Photographed in 2006 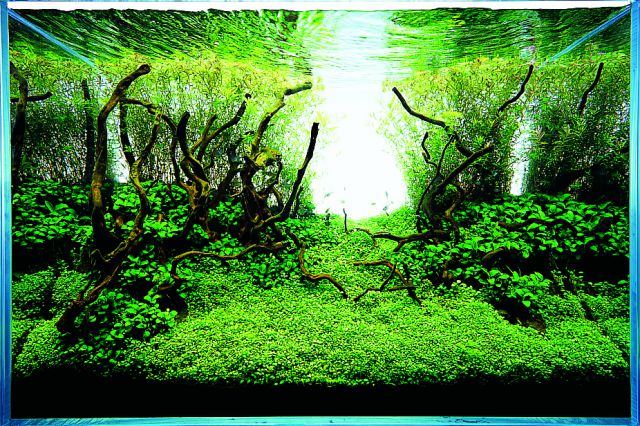 
What are the difference between Cube Garden and Cube Glass? 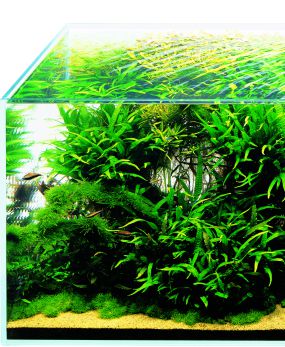 The concept of ADA Cube Garden is an aquarium tank which appears like an aquascape elegantly cut into a cube shape. 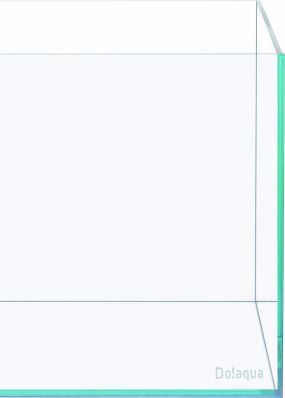 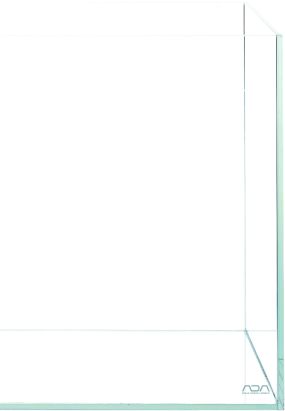 
Source and Copyright of the article/photos - Aqua Design Amano - ADA