The fusion of styles

Aquascaping is usually regarded as an independent variety of aquaristics. This is the art of recreating a landscape in an aquarium. Animal inhabitants, plants and decorative materials, combined harmoniously to form a complete work of art.
Biotope aquariums have a completely different approach. Here everything is subordinated to the well-being of the animal inhabitants. The main goal is to get close to the natural habitats of fish or invertebrates, especially in relation to water parameters.
But it is also possible to understand "aquascaping" as an overall principle, which can be applied to various trends in aquaristics. So it is possible to bridge aquascaping and biotope aquaristics. As an example, the AGA Contest, a classic aquascaping competition, has been offering its own biotope category for while now.

The typical layout forms in aquascaping (triangle, centered, U-shape), working with the golden ratio, the sense of depth as well as playing with vanishing points and free spaces can be transferred well to aquariums from other branches. So, if you master the basics of aquascaping, you can also realize a visually appealing stone construction in a saltwater aquarium or even a tank for African cichlids. 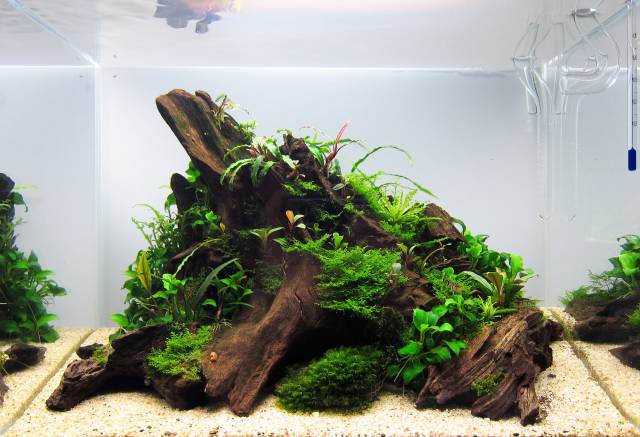 Even typical aquascaping products that aesthetically enhance technical components can be used in other aquaristic areas. Be it open aquariums in pool design, in- and outflows made of glass, external heaters as well as tools like tweezers and scissors. For that, we recommend reading the article: Technical equipment in the aquarium. 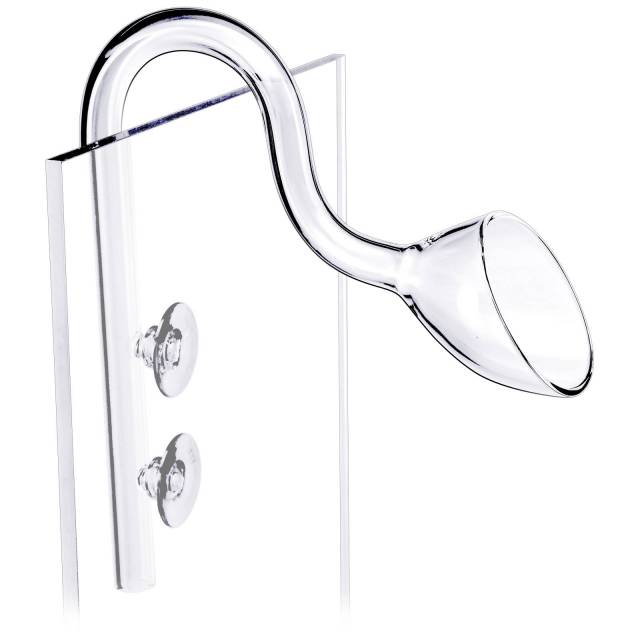 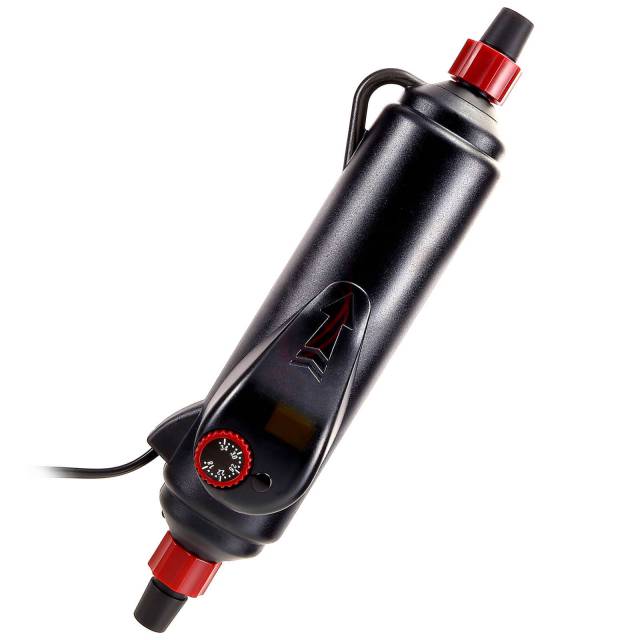 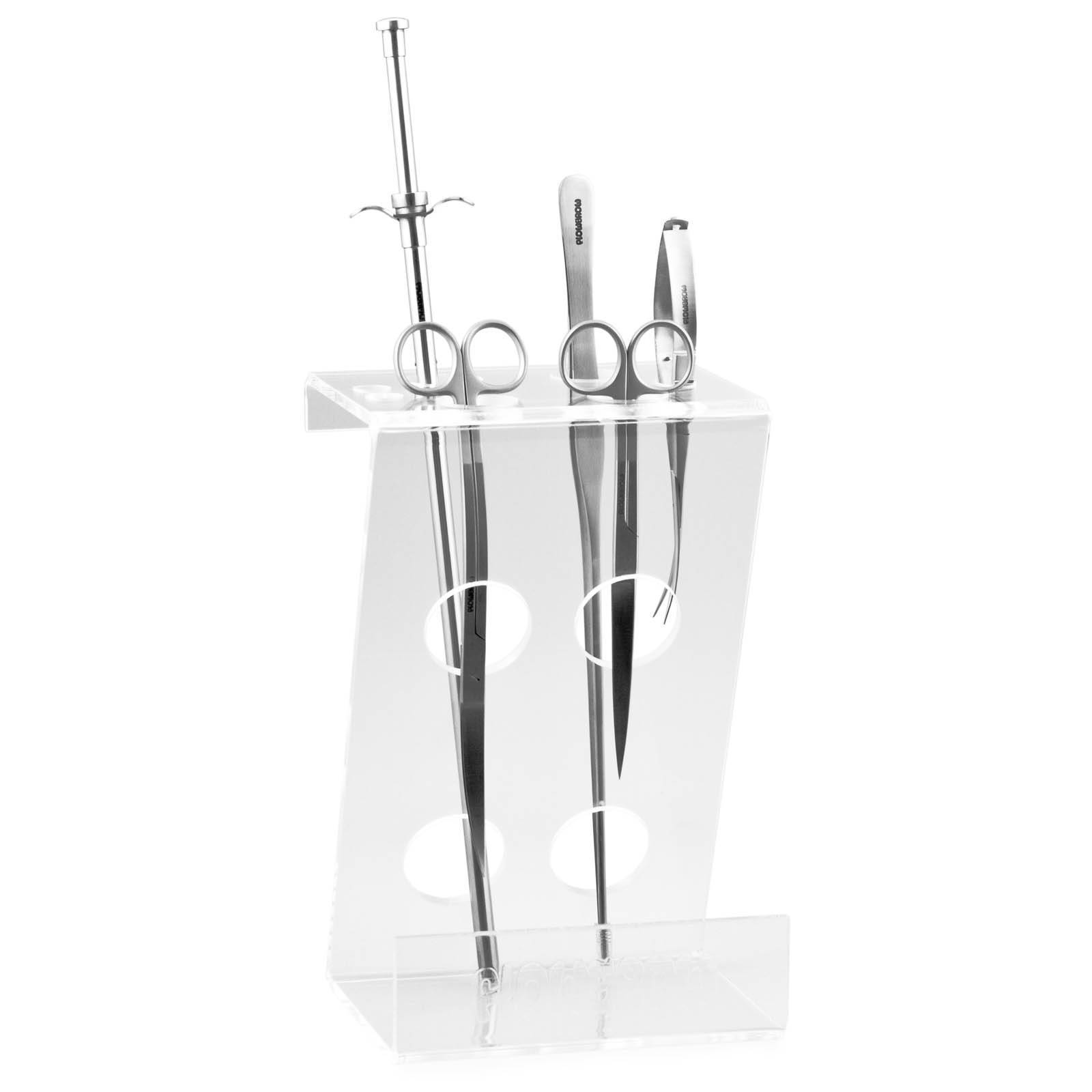 Below we show you some examples in which the principle of aquascaping meets other varieties of aquaristics. The aesthetics of aquascaping are skillfully merged with the requirements of special biotope aquariums.

Layouts adhering to the rules of aquascaping are possible in the marine water area as well. This is often summarized under the term "Reef Scaping". 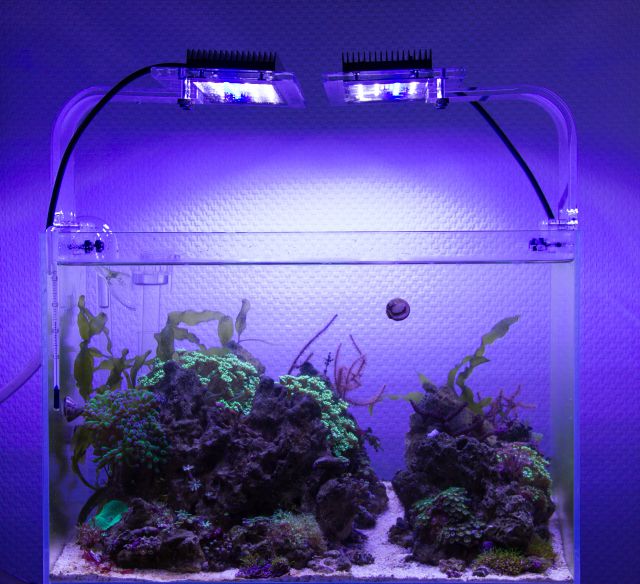 A tapering path is a classic aquascaping style element. 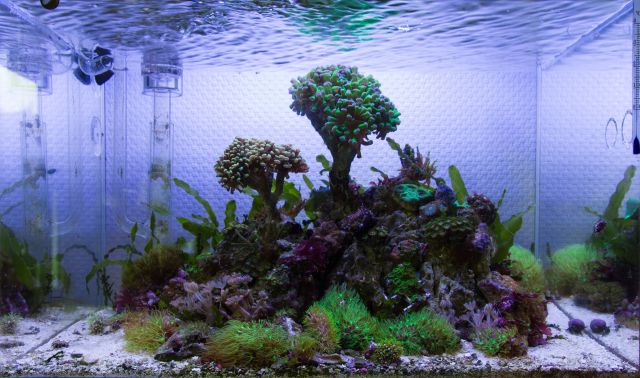 This reefscape is reminiscent of a landscape with trees. 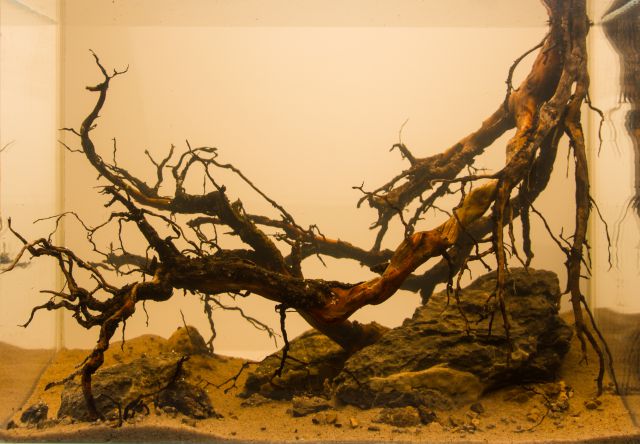 In this example, a blackwater biotope was set up according to aquascaping criteria. Typical of such biotope aquariums are the colored water and the near-abdiction of aquatic plants. Nevertheless, the decoration can be arranged harmonically, to meet an aquascapes demands. Here, a triangular layout was chosen as the basic form and much emphasis was placed on the detail work near the ground.

Even the natural replica of a river or creek for inhabitants of strong flowing waters such as loaches (Gastromyzontidae) can be created like an aquascape. In the example shown here, a triangle sloping to the left serves as the basic form for the layout. Plants were omitted to achieve the most realistic recreation of the habitat. A strong filter ensures a corresponding flow. In addition, the typical "hardscape" of a stream was used, such as river pebbles in different sizes.