Total hardness in the aquarium

All about water hardness

Among the water values in an aquarium, the so-called total hardness, abbreviated GH, plays a decisive role in aquaristics. In this article we explain what this water value represents and what the difference is to carbonate hardness.

In Germany and Austria the unit for the degree of hardness of water is given in °dH (degree of German hardness). Internationally, however, there are other units such as ppm (parts per million), also called American hardness, but also French, English or Russian hardness. All these units can be converted into each other. In aquaristics the German hardness and the ppm-indication have prevailed.

The total hardness is often abbreviated as GH and describes how hard or soft the water is. A kind of ranking order was determined, in which a water with a value below 8.4 dH° is defined as soft, from 8.4 to 14 dH° as medium-hard and from 14 dH° as hard. This classification can be traced back to the new detergents and cleaning agents law (WRMG) passed by the German Bundestag on 1 February 2007.

So-called alkaline earth metal ions are dissolved in the water. These mainly include magnesium and calcium, but also elements such as radium, strontium or beryllium, which only occur in the form of trace elements. The sum of these alkaline earth metals dissolved in the liquid is determined as the total hardness, the ions are described as hardness builders. Normally these metal ions are present in water in dissolved form, but depending on external influences and circumstances they can form insoluble compounds and precipitate as solids. Then, for example, lime develops, we aquarists know all too well in the form of annoying deposits (lime edges) on the discs of the aquarium. Harder water has an increased tendency to calcify. The formation of limescale residues in household appliances such as electric kettles, coffee machines or dishwashers is usually also due to water with a higher total hardness. 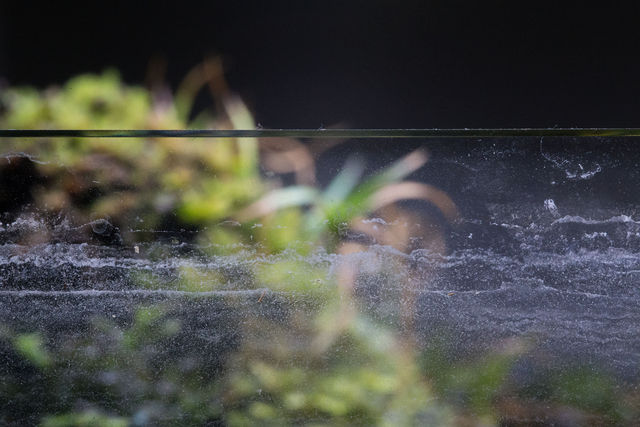 Although all alkaline earth metals form the total hardness, in aquarium water only the elements calcium and magnesium are of primary importance, as these occur in very large quantities, while the rest is usually only present in the form of trace elements. 7.144 mg/l Ca or 4.346 mg/l Mg are each responsible for 1 °dH total hardness. In aquaristics there are many aquatic plants, ornamental fish and invertebrates, which prefer soft and sour water due to their original habitat. If too many alkaline earth ions are dissolved in the water, the osmotic pressure on the inhabitants increases, which can lead to stress and even metabolic disorders. On the other hand, the water should not be so poor in minerals that it causes deficiency symptoms and growth problems. In particular, the bacterial flora required in the aquarium to break down pollutants needs a certain mineral content and thus a certain total hardness. Calcium and magnesium are also important macro nutrients for the healthy growth of aquatic plants. They prefer certain conditions that can have an enormous effect on the vitality of aquarium plants (see also "The calcium-magnesium ratio"). The element calcium is important for the animal inhabitants in the aquarium for the structure of their skeleton, especially for invertebrates such as snails, crabs and shrimps, whose outer skeleton consists predominantly of calcium. The total hardness (GH) can be very easily measured and read off with a corresponding water test.

Softening the water in the aquarium

If the total hardness is too high, there are several possibilities for the aquarist to soften the water in the aquarium. The simplest solution is to mix it with softer water such as rainwater or osmosis water. By means of a reverse osmosis system or a cation exchanger, water can be almost completely demineralised. If you want to use such a so-called zero water in the aquarium, you should mix it with harder water to obtain a minimum of important minerals. Alternatively, specially designed hardening salts can also be used for this purpose, which offer important minerals and trace elements in optimal proportions and which allow a much more precise dosage than blending with harder water. 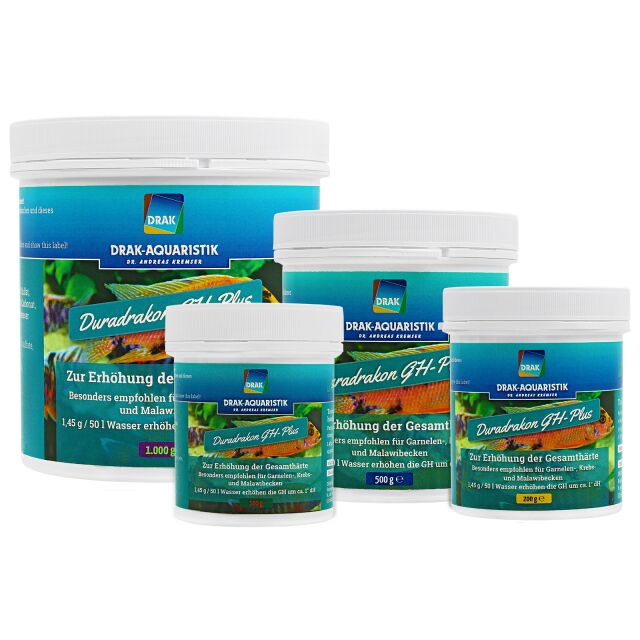 Another way to soften hard water would be to use certain care products developed for this purpose. Examples are the Discus Buffer or the Acid Regulator from Seachem, which are precipitated by calcium and magnesium.