Lowering / increasing the pH with buffers from Seachem

Overview over the various buffers offered by Seachem

We offer a vast array of buffering products by Seachem, which serve the purpose of managing (raising and lowering) and stabilizing the pH value in the aquarium. In the following we'll provide you with more information on the various buffers and their possible combinations. 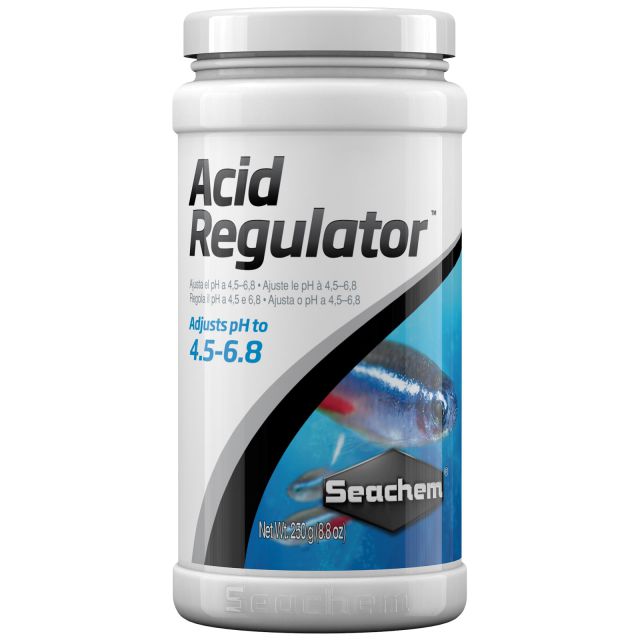 Seachem buffers that have the word "Regulator" in their name are based on the use of phosphate and aim at a certain pH range. For example, the Acid Regulator targets the acidic range from pH 4.5 to 5.5 and softens the water by precipitating calcium and magnesium. Acidic, soft water is preferred by many tropic ornamental fish such as tetras and cichlids from South America but also by Southern Chinese invertebrates such as Bee Shrimp (Caridina logemanni) or Taiwan Bee shrimp (Caridina sp.). An enhanced bandwidth of the pH range (up to 6.8) can be realized by combining the acid regulator with the Neutral Regulator. With this combination, you can also aim for a very specific pH value. 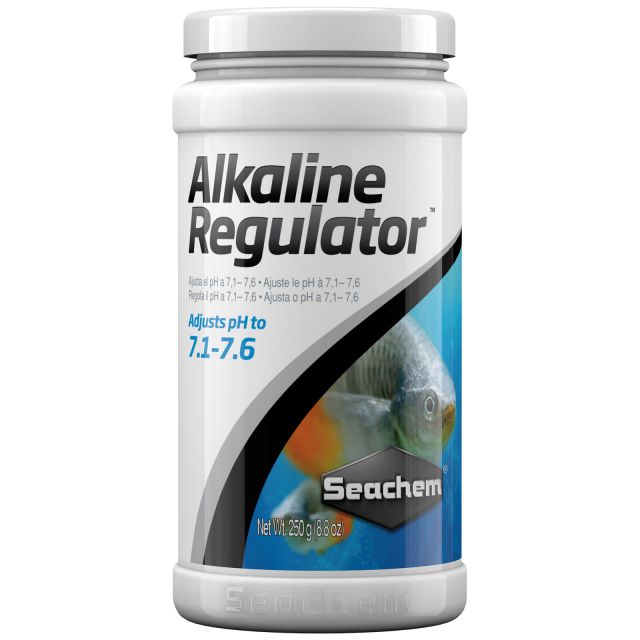 The Alkaline Regulator has an alkaline target value of 7.1 to 7.6, which creates a suitable environment for those fish and invertebrates adapted to harder and more alkaline water, such as many rainbow fish and shrimp of the genus Neocaridina davidi, including the popular Red Fire and Red Sakura shrimp and many other colored variants. In combination with the Neutral Regulator, you can set and stabilize an exact pH value, too.

A useful addition to Seachems range of products is the Neutral Regulator, which aims at a neutral pH value of 7. 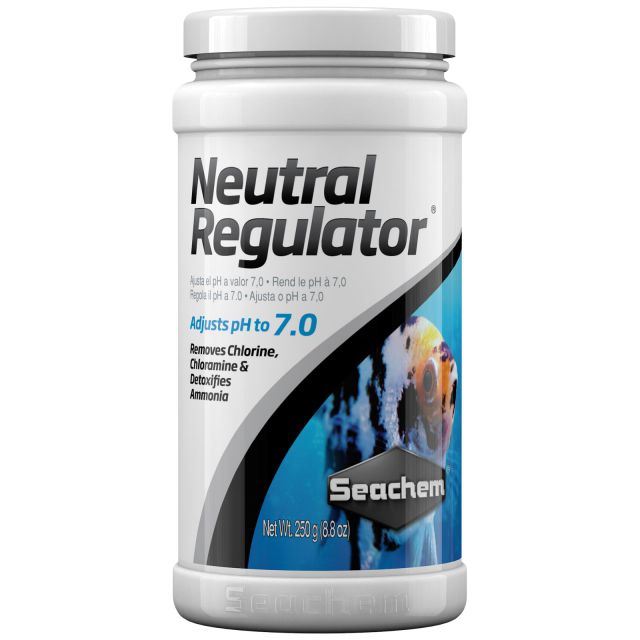 But not only that, the Neutral Regulator also neutralizes chlorine, chloramine and ammonium, thus acting like a classic water conditioner.

To target a specific pH value, the buffer product (Acid or Alkaline Regulator) is combined with the Neutral Regulator. For this purpose, we have the corresponding mixing tables available: 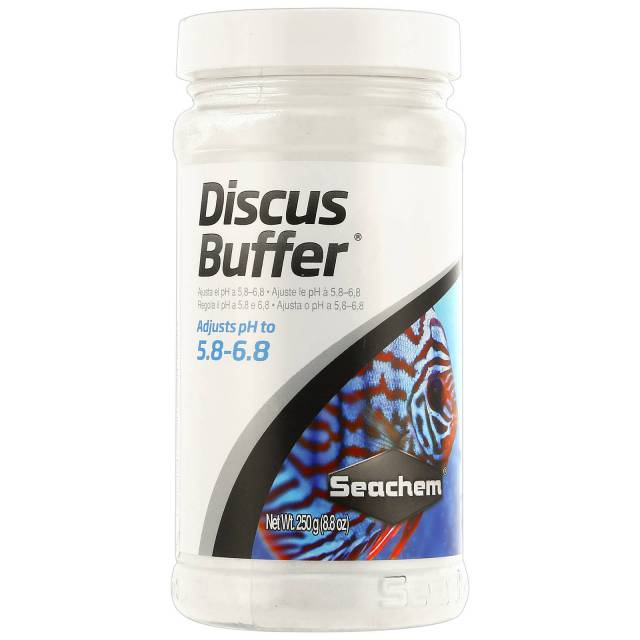 Especially for keeping discus, the Discus Buffer is highly recommendable. It is also a phosphatic buffer that pushes the pH into the acidic range. By precipitating calcium and magnesium, softer water is generated, which discus fish prefer. This buffer can also be combined with the Neutral Regulator to target an exact pH value.

All these buffering products are solids that can simply be added to the water and dissolve there. According to the manufacturer, it is sufficient to re-dose once a month after a water change to keep the pH stable. When you combine the buffers correspondingly, you can set exact pH values and keep them constant. Furthermore, when using the Neutral Regulator, no further water conditioning measures are necessary to remove toxins like chlorine. The buffer system by Seachem offers all those aquarium hobbyists for who the conditioning of RO water with re-mineralizing salt is too much work or too complicated the appropriate means to control their pH values easily and reliably.