Tips for lowering the temperature in the aquarium

Especially during the hot months of the summer, the temperatures will rise in the apartment and thus also in the tank of the aquarium. If an aquarium sits in a room that tends to heat up a lot - like an attic flat, the heat can become a problem for the aquariums flora and fauna. We will give you some advice on the topic of cooling.

Why is heat dangerous?

Some keepers of tropical fish might think now: Awesome! I wont have to shell out the money for a heater!, but this is only partially true. Even though there are indeed fish species from South America (like the ever-popular discus), which are by nature partial to higher temperatures, because they are used to them from their habitat. Many commercially available fish are not actually from the tropics but from regions and biotopes with cooler but faster streaming waters.

In general, the issue of oxygen scarcity in the water arises with increasing temperatures. This is simply due to physical reasons, since the waters oxygen solubility decreases when it is heated. Many fish and invertebrates have more problems with the lack of oxygen than the heat! Since the aquarium water cools off more in the surface region due to surface movement, cooling of evaporation and the gaseous exchange with the surrounding air, the O2 saturation is at the highest there. This is why oxygen scarcity can be recognized by fish gasping for air at the surface. Their breathing rate (and thus gill movement) is considerably increased. Shrimp will also try to reach higher regions of the tank by climbing up the plants and hardscape, whereas crawfish just stay in their spot and slowly die of oxygen deprivation. Stress caused by a less dramatic but nevertheless present lack of O2 may have an impact on crawfish and shrimp in the shape of failed molts and an increased susceptibility to diseases. 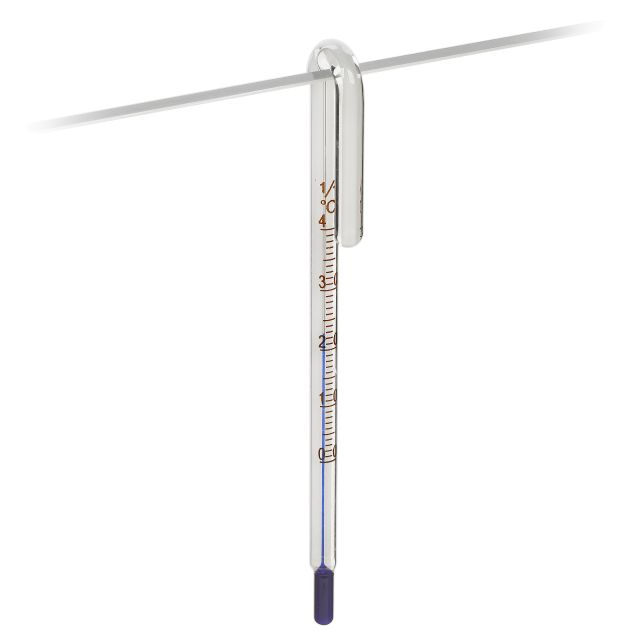 Of course an aquarium should be equipped with a suitable thermometer. This way, the aquarist will always know whether the water temperature is in the optimum range and doesnt swerve off up- or downwards. When the heat is up, it should be noted that water values close to 30 ° C should be the definite go-ahead for countermeasures - 25°C for more delicate aquarium dweller such as bee shrimp. If you can already observe the behavior described above (visible discomfort of your animals) you should initiate countermeasures earlier if necessary.

Suitable measures for cooling the aquarium

In the following, we would like to introduce some common measures for cooling your aquarium, which are differently effective and complex. There are a variety of solutions to dealing with the heat, so there should be a suitable method for everyone. 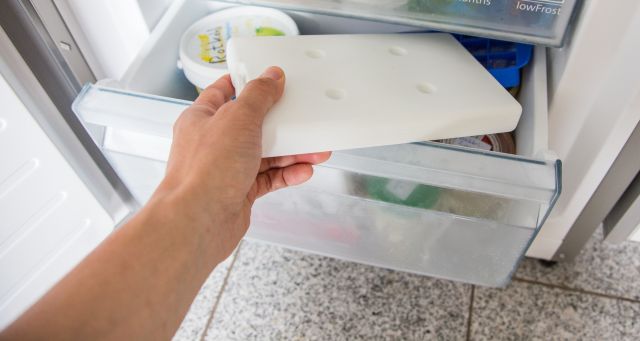 The addition of ice cubes or cold packs is a fairly straightforward method, which, however, provides only a very short-timed cooling effect. When using ice cubes, please keep in mind that the ice melts completely and mixes with the aquarium water. Depending on the origins of the ice cubes, this might have adverse effects. Special care needs to be taken when using pre-purchased products.
It is much more effective and save, putting cold packs into the aquarium because there will be no water exchange. If the cold packs do not give off enough cold anymore, simply put them back in the freezer.

By the way: the number of cooling elements is decisive here. One cold pack on 300 liters of aquarium water doesnt have much of an impact. This method is especially suitable for nano aquariums. One single cold pack can already be enough. If you want to make sure that no foreign substances get into the aquarium water, just put the ice cubes and cold packs into a new, clean and food neutral freezer bag.

A lowering of the ambient temperature usually also lowers the water temperature in the aquarium, so you should naturally cool the room in which the aquariumis located. This can happen by turning on the air conditioning system, placing a fan or properly airing the room. During summer, the windows should be open at night after its cooled down outside. Obscuring the windows during the day reduces heat development by sunlight. It is more efficient to black out the outside of the windows and shutters are more effective than curtains. 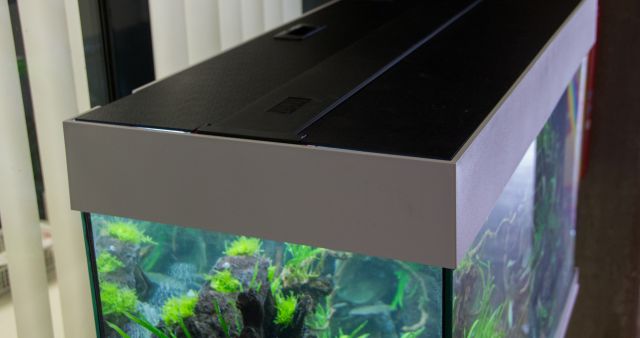 When running a closed aquarium, it is advisable to open the cover, because heat builds up underneath. The gaseous exchange with the ambient air is enhanced as well. Please note that the open cover will allow condensation to escape. So it is possible, that you now need to compensate for the loss of evaporated water. We have collected all you need to know about topping up your aquarium water in our article "refilling evaporated water" in detail.

A water change with cool freshwater will cause a short-term cooling effect. The aquarium inhabitants sensibilies should be considered here, because not all animals can deal with fluctuations in temperature. Caution needs to be exercised with smaller cichlids of the Rasbora and Boraras species. Shrimp can react with shock molts when the temperature suddenly drops more than 2 °C. In principle, when cooling down your aquarium tank by water change, you should take as much care as you would when introducing animals into your tank for the first time.

Most commercially available coolers are basically small fans in single or double design. The usually operate at a low voltage of 12V. The coolers are positioned on the tank to enable them to blow over the water surface. This causes cooling by evaporation. In the most cases, this measure will cause a temperature drop of 1 to 4°C.
It needs to be taken into account, that evaporation causes the water level in the tank to drop considerably. This should therefore be refilled regularly, preferably with demineralized water from a reverse osmosis system or a demineralizer.

Reducing or shutting off the lighting often comes up as a hint. In the age of LED lighting, this is no longer up-to-date, though. Certainly, in aquariums with a cover and conventional bulbs such as T5 or T8 fluorescent tubes, this measure can help keeping the temperature in the aquarium water under control. These rather vintage lighting systems produce a lot of exhaust heat, which heats up the aquarium water. Of course, if the cover is closed, the heat can not escape.
LED lights produce much less exhaust heat than fluorescent tubes or bulbs and there are more and more aquariums that are run without cover. In these cases that method wont help much and will backfire with plant aquariums: With sufficient light, the aquatic plants will produce a sizeable amount of oxygen. Reducing or even switching off the lighting will affect the process, which may even exacerbate the oxygen shortage caused by the high water temperature. For this reason, you should always consider this measure well and take the individual circumstances of your aquarium into account.

Of course you can also make use of the principle of evaporative cooling to a lesser extent with your existing aquarium technology. The filter outflow can positioned in such a way, that is causes a strong surface agitation of the aquarium water. The cooling effect will certainly not be measurable, but the gaseous exchange and oxygen input are improved, which in turn helps your fish and shrimp to survive the warm temperatures. The use of oxydators and bubblers will ensure a sufficient enrichment of the water with oxygen.