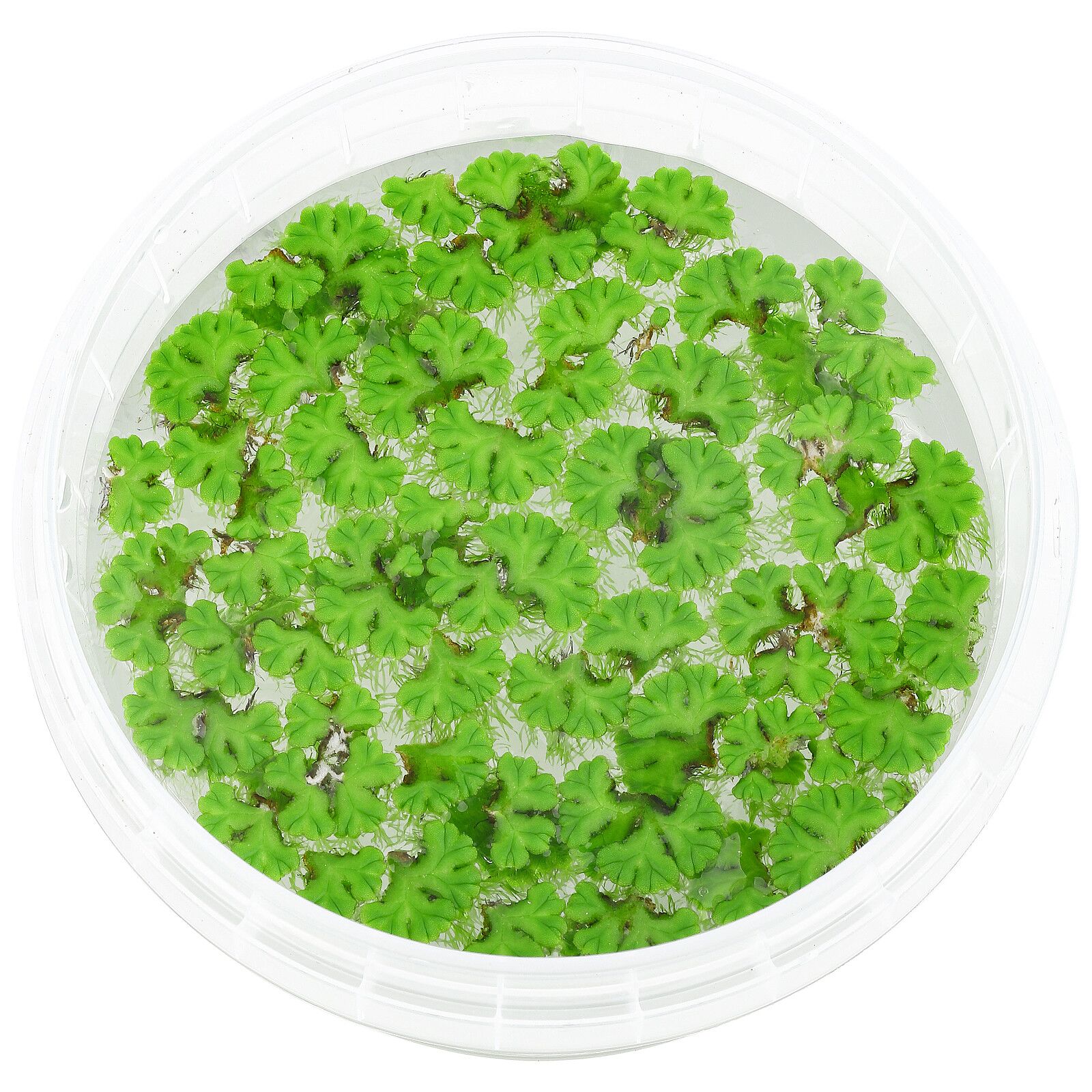 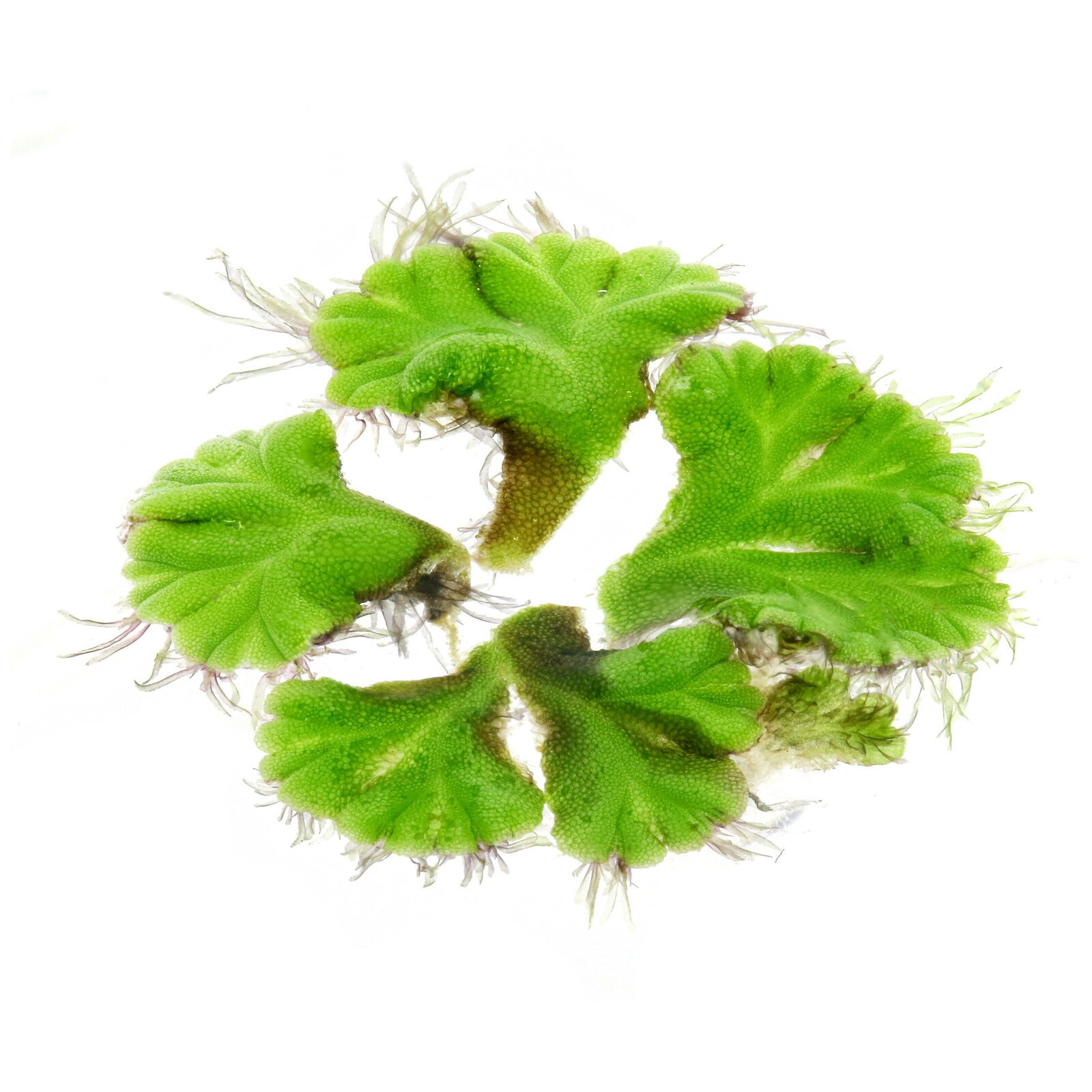 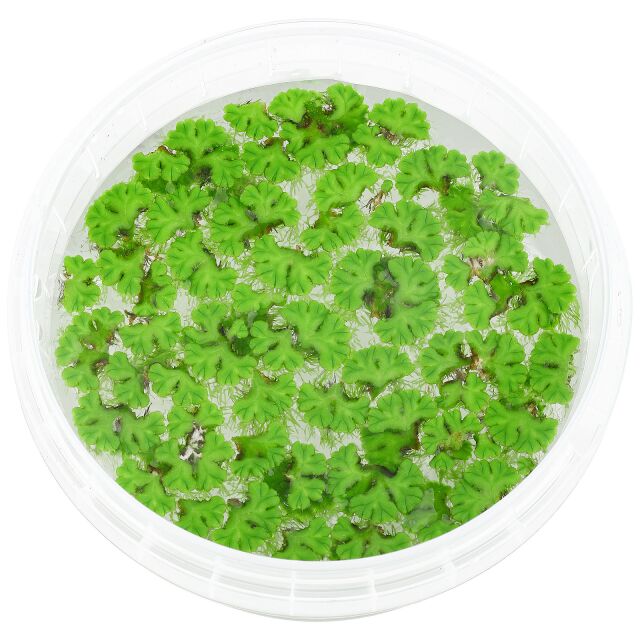 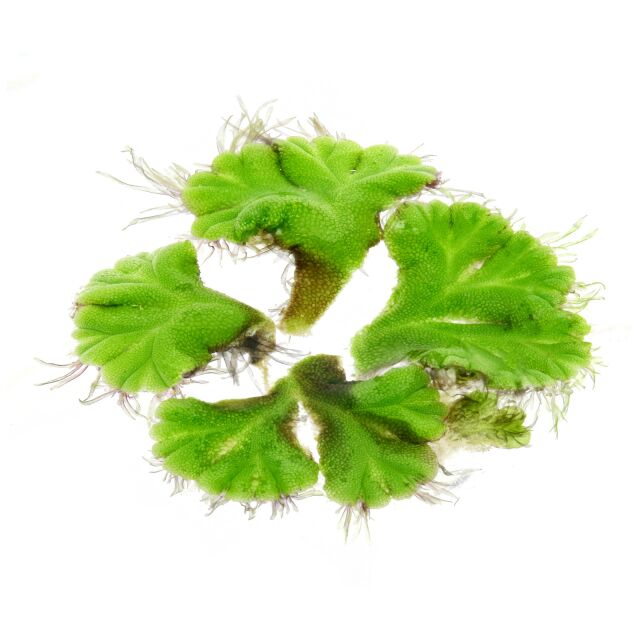 Sign in or Register
Free shipping on orders over € 50.- within Germany Change region
Express delivery possible
1-3 business days - order within the next 9 minutes and well deliver tomorrow at the earliest
I want to order to  confirm
Description Characteristics General information Customers ask customers Customer reviews

The Floating Crystalwort is an unusual and rare, small floating plant, closely related to the Riccia genus. It has an almost worldwide distribution, from the tropics to cool northern regions, but is not really frequent in the nature. It grows floating as well as terrestrial on moist bottom. Ricciocarpos natans is rarely kept in aquaria and hardly available in the trade. The floating thalli are heart-shaped to half-round, fan-shaped, with dark, long scales on the underside resembling roots. Ricciocarpos propagates by bifurcation and falling apart of the branches. Terrestrial thalli are rosette-like and considerably broader than the floating ones.

Please note: The lower side of Ricciocarpos natans is greyish brown to blackish, with hairs. That could give the impression that the plant is rotten and infested with algae, but it's the normal appearance of the underside. As long as the upper side of the thalli is green, the plant is alive. It may also happen that the thalli break into smaller pieces during transport, but the pieces will continue to grow in the aquarium.

Ricciocarpos natans is described as a difficult floating plant in aquarium literature, however this is not in line with our experiences. Apparently a good macronutrient supply is most important, otherwise we have not noticed special difficulties. Nutrient deficiency leads to very small, pale-green thalli. Medium to strong lighting and a calm water surface are recommendable. Under favorable conditions this liverwort multiplies quite fast, however it does not get as annoying as duckweed (Lemna) as it can easily be reduced. The terrestrial form can be cultivated on wet, nutrient-rich substrate.

This floating liverwort has an interesting look that is otherwise not known from floating aquarium plants. It is best used in open tanks. Also its terrestrial, round, rosette-like thalli are decorative; Ricciocarpos natans should be tested for its suitability for paludaria and Wabi-Kusa. 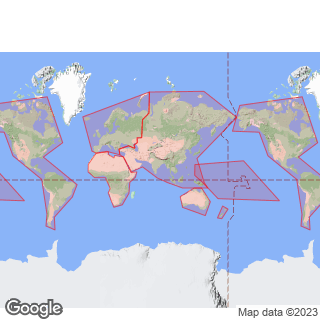 This item has been rated 5 out of 5 stars
2 Reviews
Please sign in if you want to write a review. Sign in
Ben M.
A Unique and Rare Floating Plant

I Purchased this from the UK, it arrived in good condition, some of them were dead and small but they were in transport for 3 days so this was expected. (read more)

I Purchased this from the UK, it arrived in good condition, some of them were dead and small but they were in transport for 3 days so this was expected.

I put the plant in my 27 litre shrimp tank its been 3 weeks now and the growth has been great! They now cover the entire surface, the roots have got darker it sets a nice tone on the water surface and it looks unique compared to what i have seen with other floating plants it also is a good size not to big or small like duckweed which can be annoying with its fast growth and very small size.

My shrimp also interact with it, I think they like it too as they can use it as a platform to eat biofilm off the surface and they sometimes eat the plant itself as well.