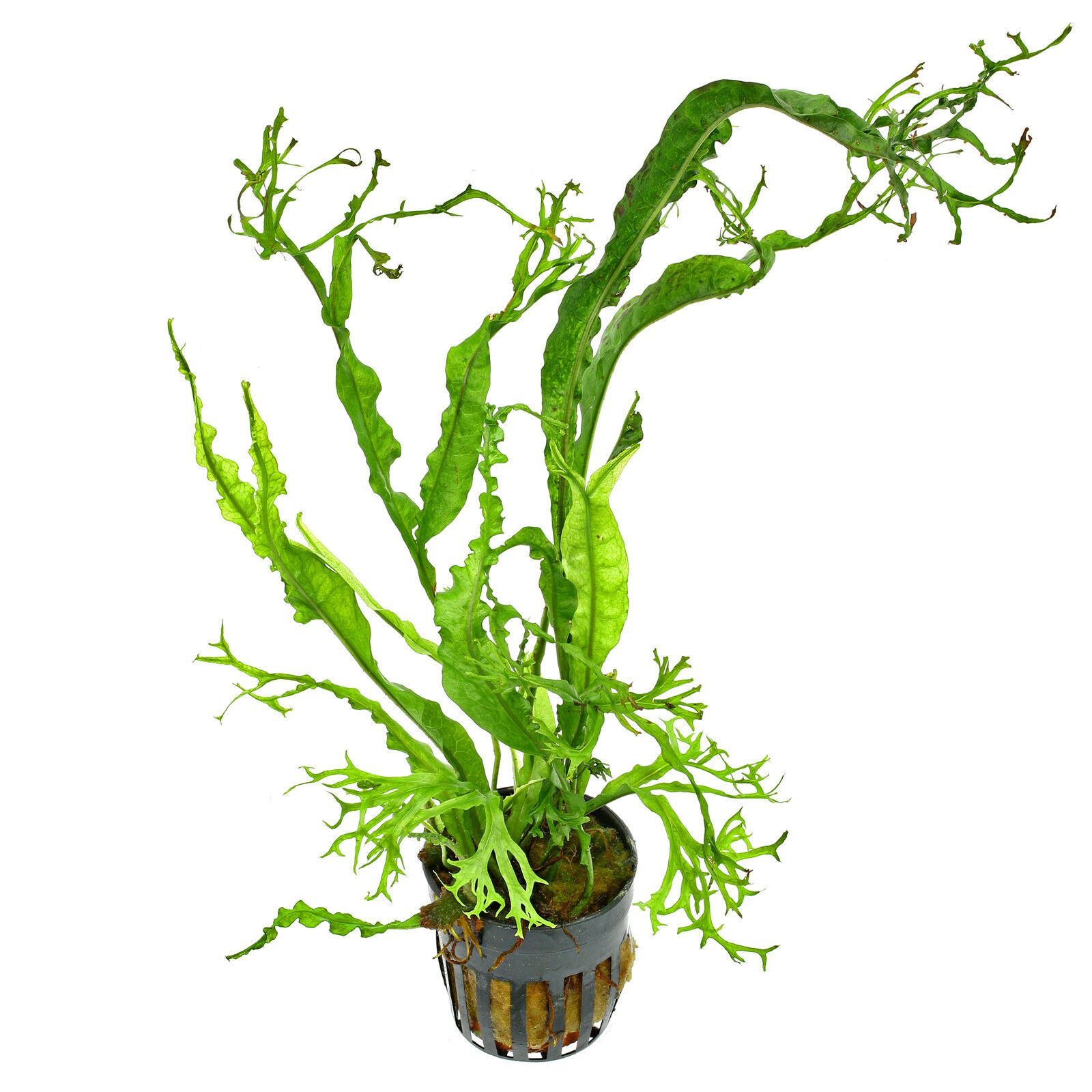 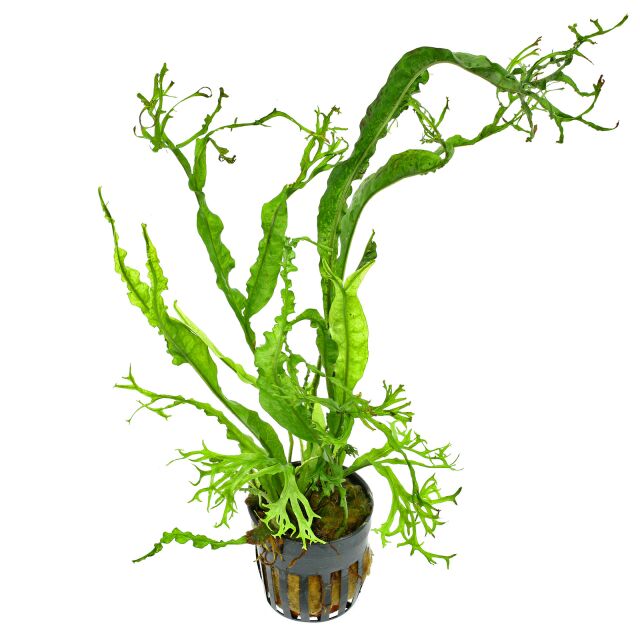 'Twisted Leaf' is a rare, still little known, striking selection of the Java fern. It has forked leaf tips similar to 'Windeløv' but gets taller, up to about 30 cm. The lower part of the leaves is partly strongly narrowed with ruffled edges. Hardly one leaf is shaped like the other.

As well as other forms of the Java fern (Microsorum pteropus) from tropical Asia, 'Twisted Leaf' is an easy aquarium plant that does not need much light. Even though M. pteropus has very low demands, it develops its most attractive appearance with medium lighting, complete macro- and micronutrient supply via the water column and CO2 addition. Java fern occurs naturally on rock in and at the edges of watercourses in tropical rainforests, and also under aquarium conditions it attaches itself to hard materials like wood and stones by its roots. It can also fastened on the ground, but its rhizome should not be buried, otherwise it may rot.

With its curiously and variably shaped foliage, Microsorum pteropus 'Twisted Leaf' is an eyecatcher that is best placed on the hardscape in the midground of an aquarium. This fern can also grow on moist substrate in paludariums with high air humidity and rainforest terrariums.