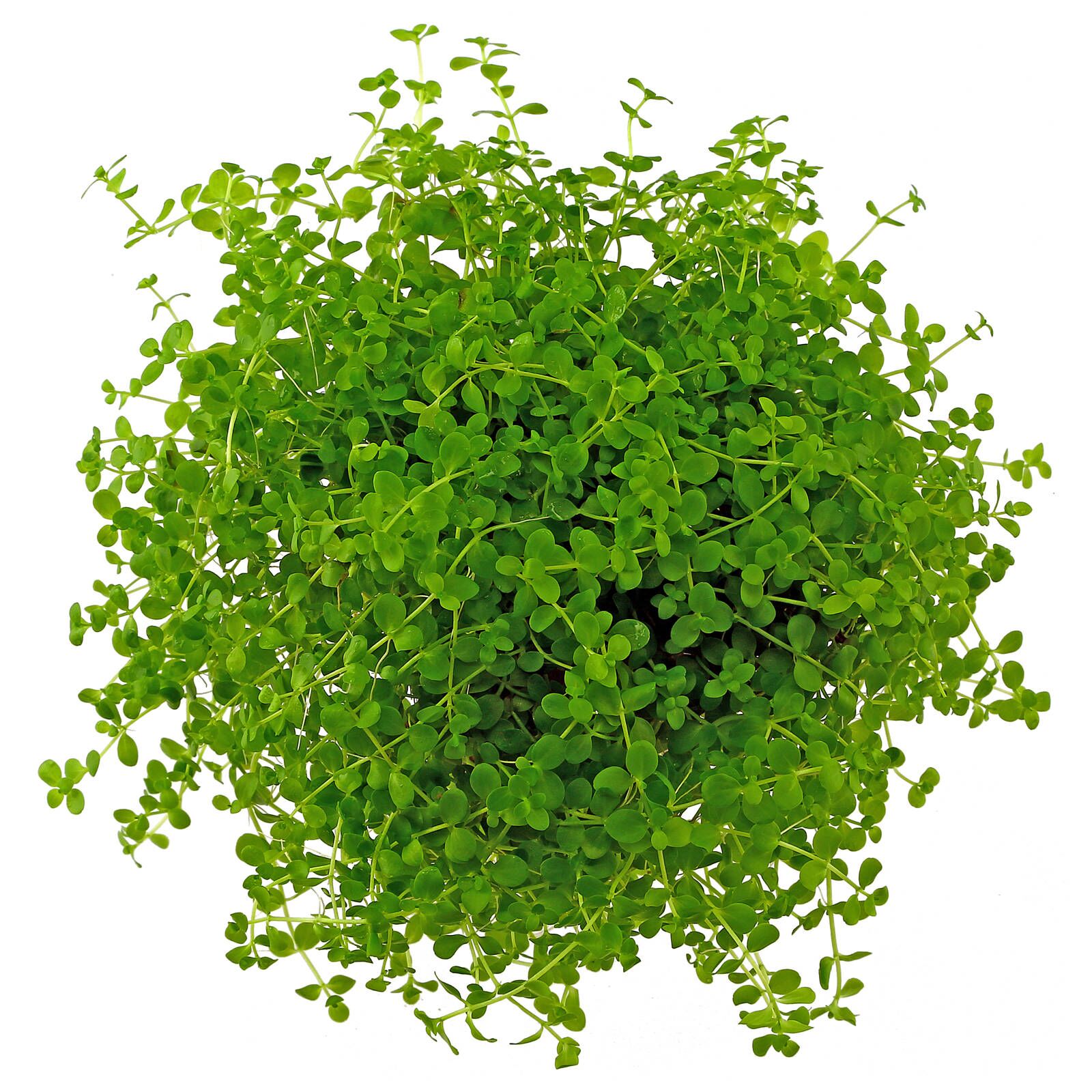 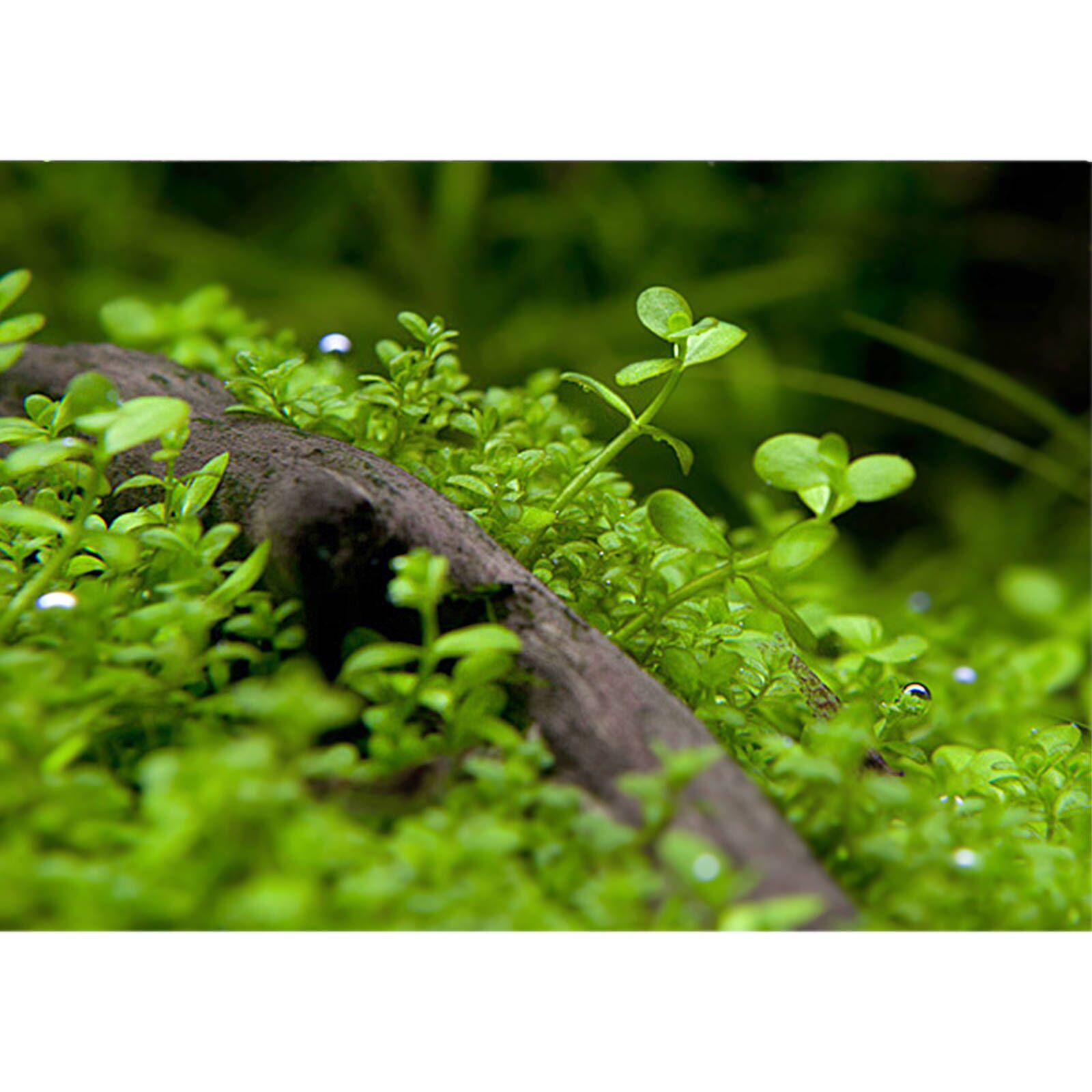 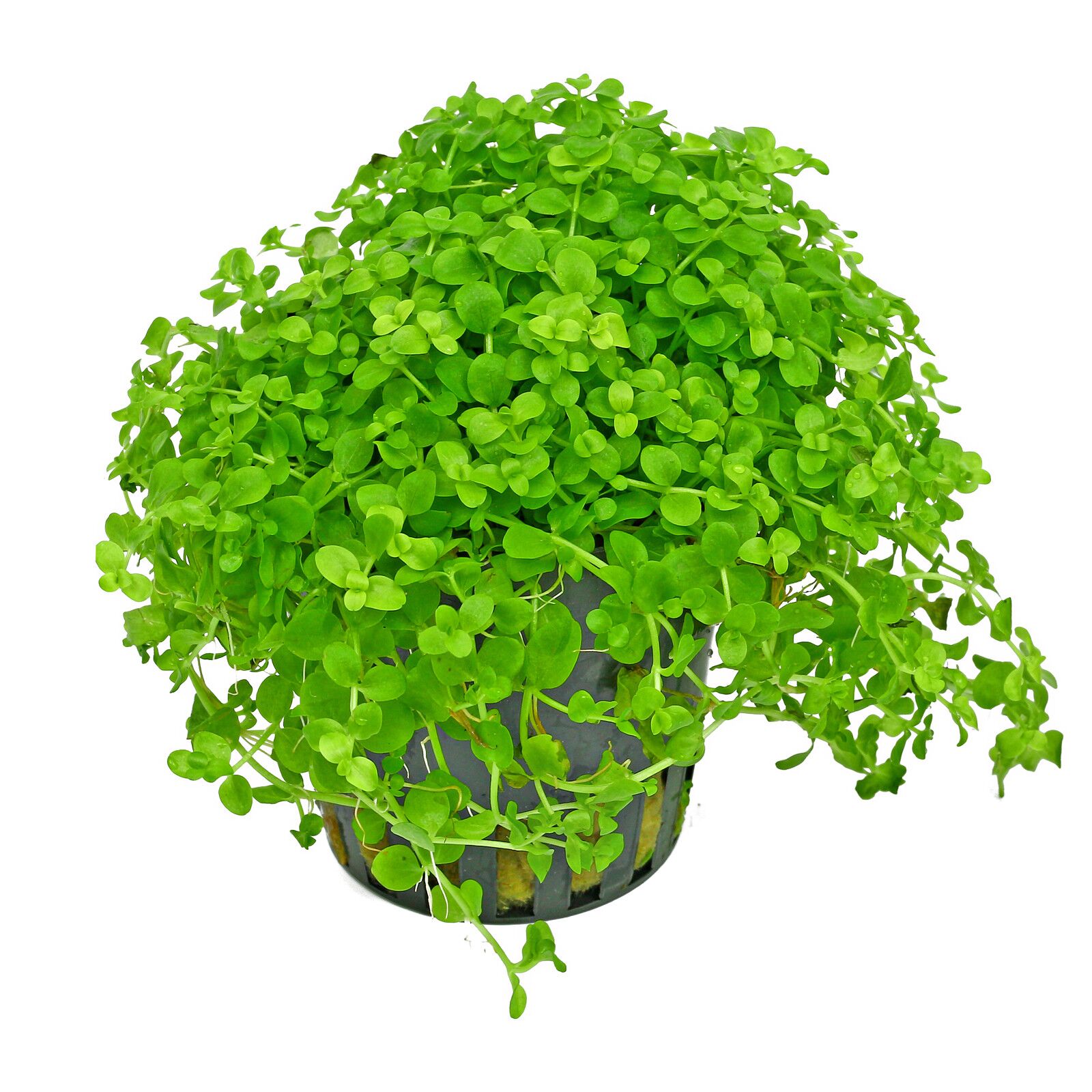 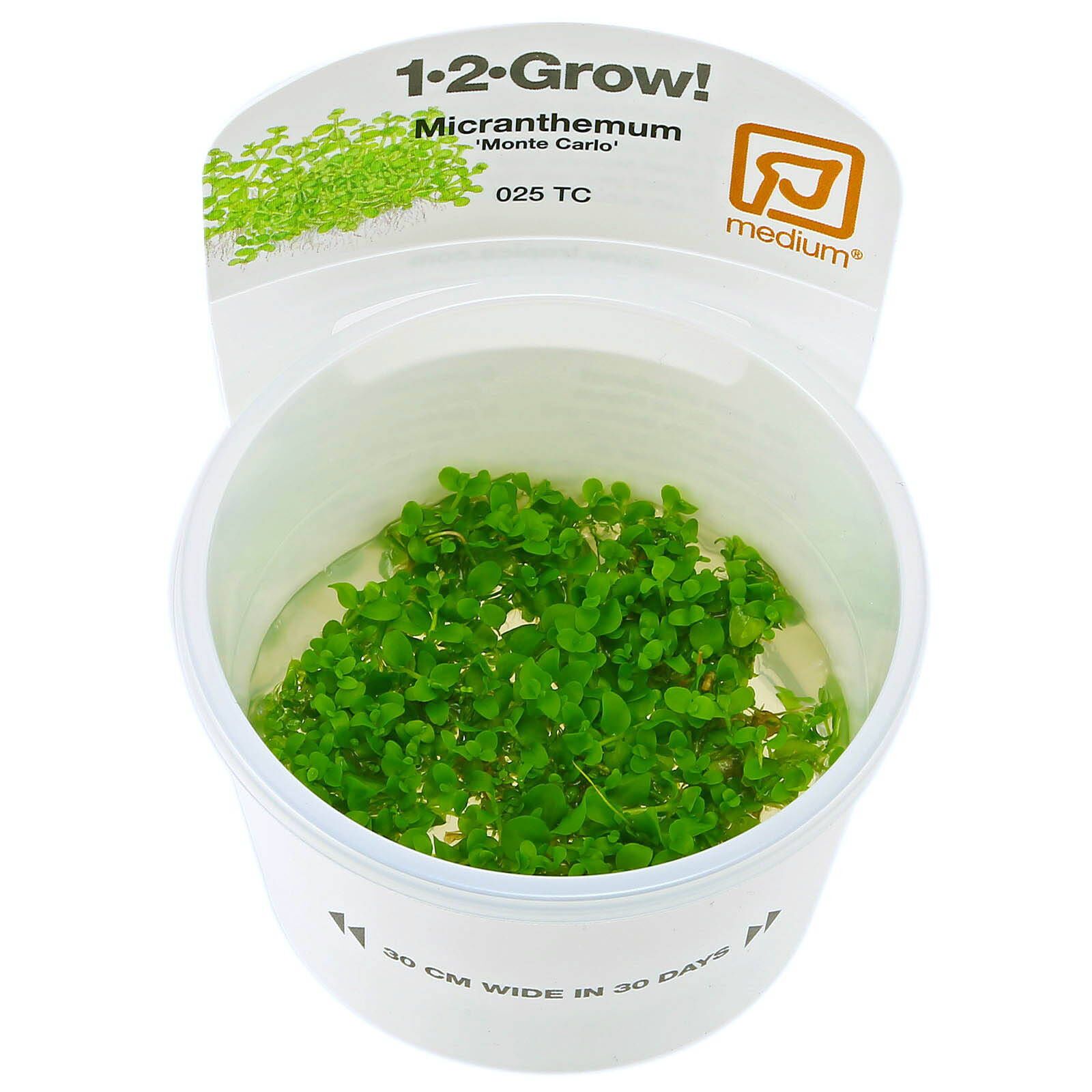 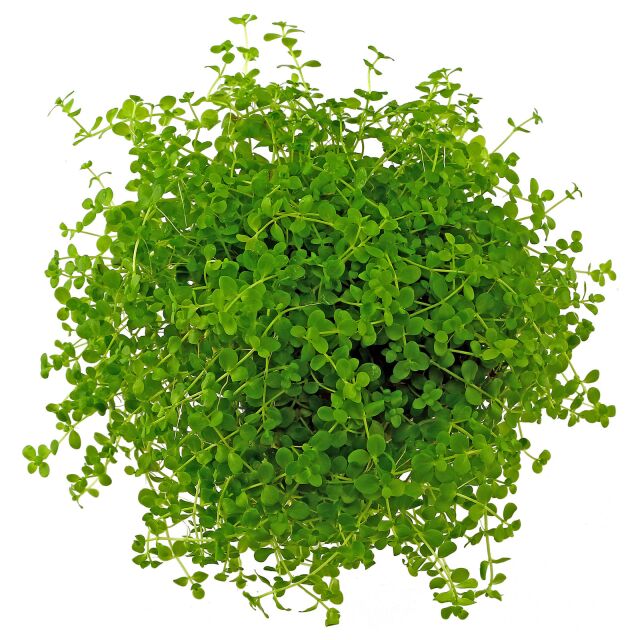 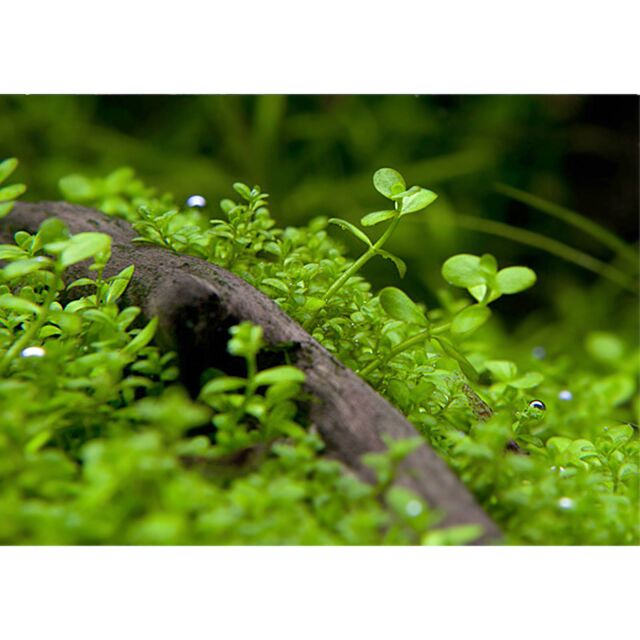 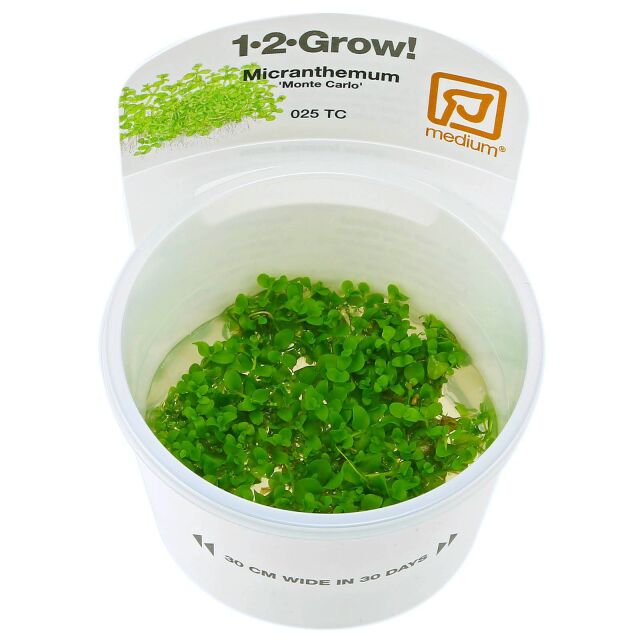 Sign in or Register
Free shipping on orders over € 50.- within Germany Change region
Express delivery possible
1-3 business days - order today and well deliver Saturday at the earliest
I want to order to  confirm
Description Characteristics How many plants do I need? General information Customers ask customers Customer reviews

A highly interesting and recommendable ground-covering plant that was a rarity few years ago but got very popular in the aquascaping. It was discovered for the aquarium hobby around 2010 by Japanese and also South American aquarists. It was called Micranthemum sp. "Montecarlo-3" or "Monte Carlo" after a locality in the Argentinian province Misiones, as well as "New Large Pearl Grass" and "Bacopita". The plant has been identified as Micranthemum tweediei in the meantime. This Micranthemum occurs in Argentina, Uruguay and South Brazil, in wet places such as streambanks. It looks like a larger version of Hemianthus callitrichoides, growing flat on the ground, forming a compact mat, in the emersed and submerged form. Its roundish to elliptic leaves are a bit smaller and of a darker green than those of the similar Micranthemum umbrosum.

Micranthemum tweediei is much easier to grow than Hemianthus callitrichoides. Coming from subtropical areas with already cool winters, it probably tolerates temperatures below 20 °C, but that still needs to be tested. For planting, it is best split into single shoots or small bushes that are put into the ground with a little space to each other. The shoots begin to creep over the ground, often also burying themselves into the substrate, eventually forming an entire mat that can get several centimeters thick. It should be trimmed back timely to prevent detaching from the ground. When planted in an elevated place, loose shoots will bow to the ground.

This plant from southern South America is a versatily ground cover that is not very light-demanding. It can even be placed on the hardscape where it grows hanging down. It is also interesting as emersed mat-forming plant for paludariums and Wabi-Kusa. 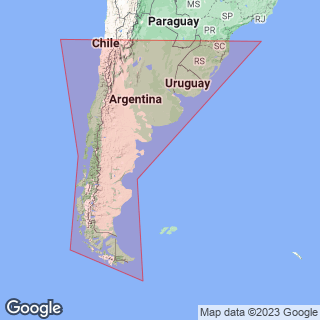 (not yet translated into English) (read more)

(not yet translated into English)

This item has been rated 4.9 out of 5 stars
75 Reviews
Please sign in if you want to write a review. Sign in
Giuseppe C.
Expect this plant to melt

Bought 2x Vitro XL portions - All of the leaves turned yellow/translucent but quickly after new leaves started to emerge. Medium lights, no CO2, ferts. It is not propagating yet and growth is quite slow/non existant. I think CO2 would be beneficial. It was super hard to keep this from floating - plant in super small clumps or dry start recommended!

I received a lush green, good quality and a very good quantity of the product. The packaging of the plants also survived the transport. (read more)

I received a lush green, good quality and a very good quantity of the product. The packaging of the plants also survived the transport.