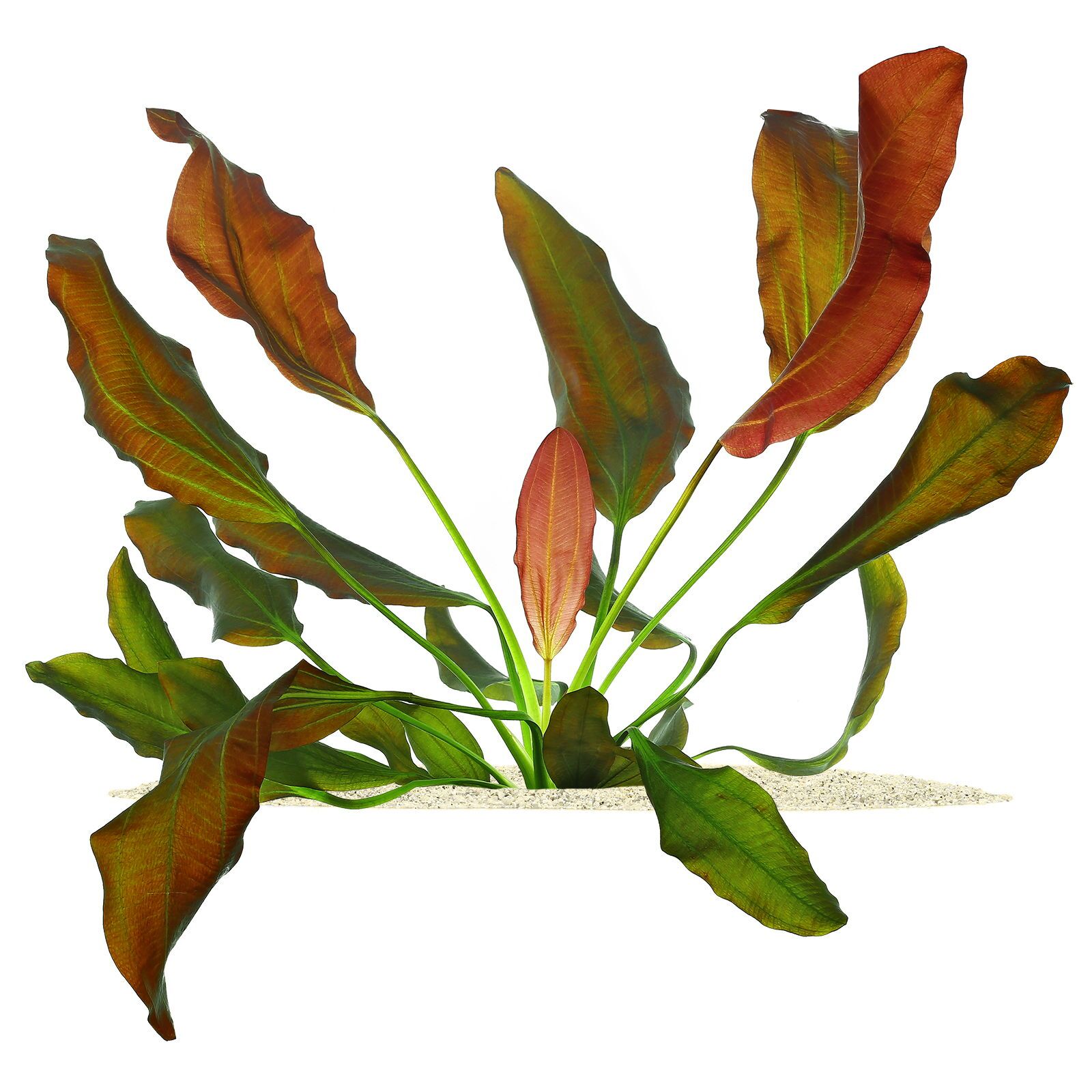 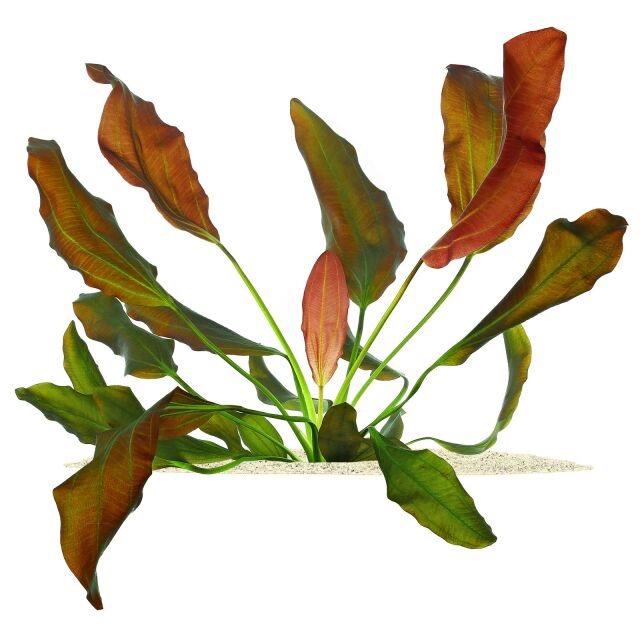 Sign in or Register
Free shipping on orders over € 50.- within Germany Change region
Express delivery possible
2-4 business days - order within the next 55 minutes and well deliver next week on Monday at the earliest
I want to order to  confirm
Description About the brand General information Customers ask customers Customer reviews

This swortplant hybrid got known already in the 1980s under trading names such as "Echinodorus osiris Double Red". It was described as a species and named in honor of the plant breeder Hans Barth sen. (Dessau, Germany), but later it turned out as a hybrid that probably arose in the facility of an Australian breeder. Echinodorus × barthii is also traded as "Echinodorus rubra". Its submerged leaves are narrowly elliptic, slightly rolled downwards and deeply dark red coloured. The longitudinal ribs are light green, contrasting with the surrounding leaf area. The submerged leaf rosette gets broader than high; it is only 10-20 cm high but 20-40 cm broad. As well as other Echinodorus, it is mostly delivered in its emersed form, having longer stalked, rather green leaves. Planted into the aquarium, new colourful submerged leaves will appear.

Echinodorus × barthii is an easy aquarium plant that also tolerates hard water. However it benefits much from a nutrient-rich substrate, as other Echinodorus. The optimum temperatures lie between 18 and 26 °C. A free, well lit place is recommendable.