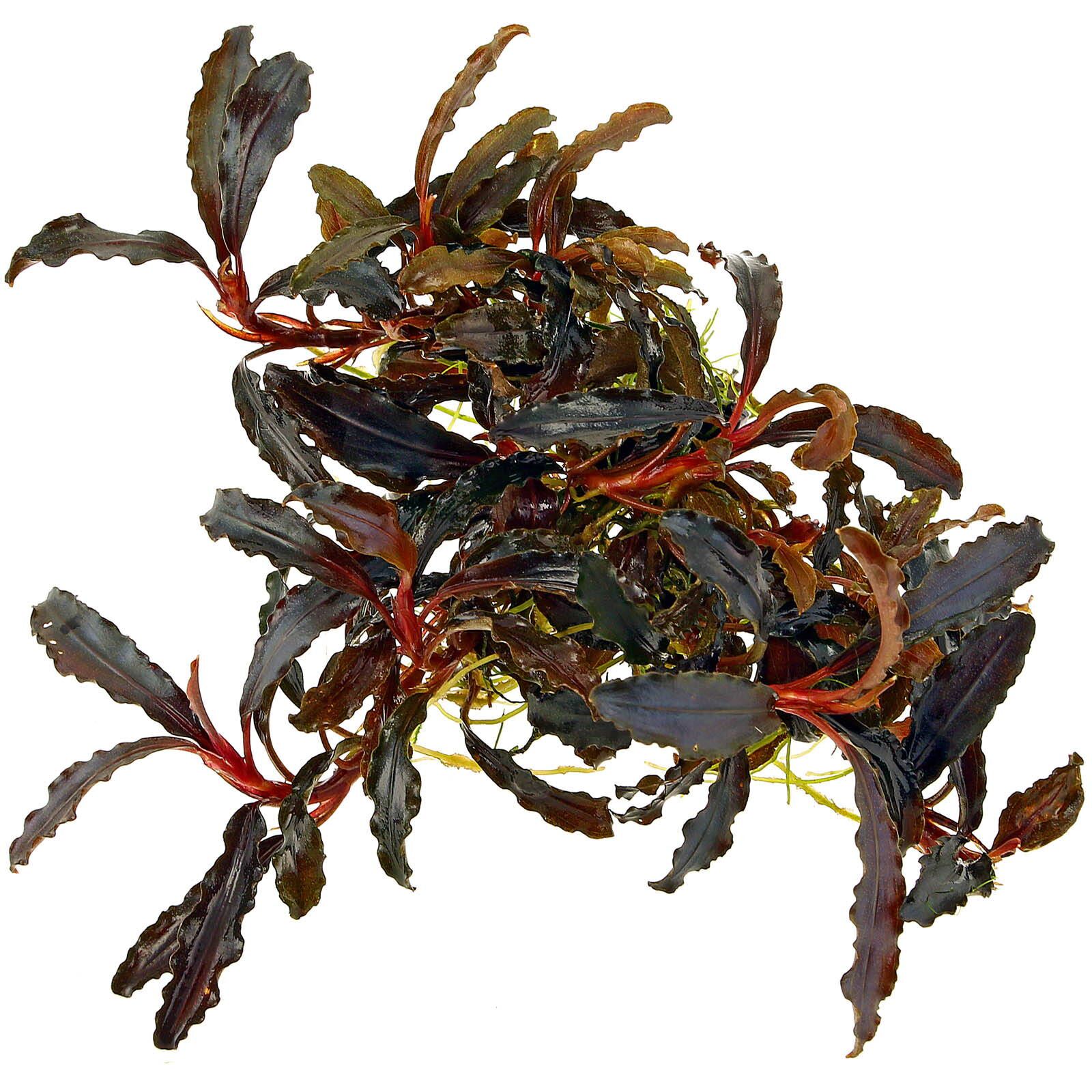 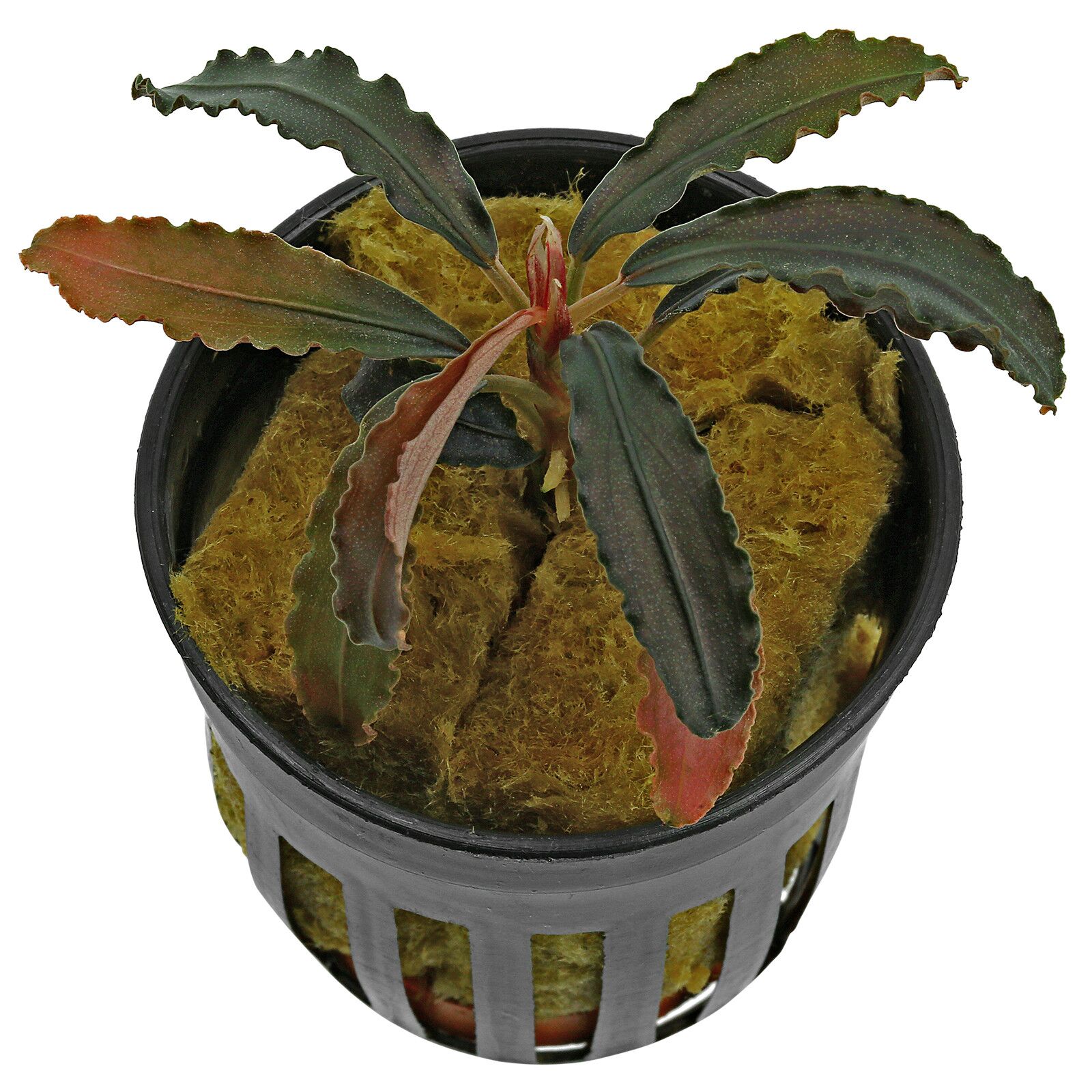 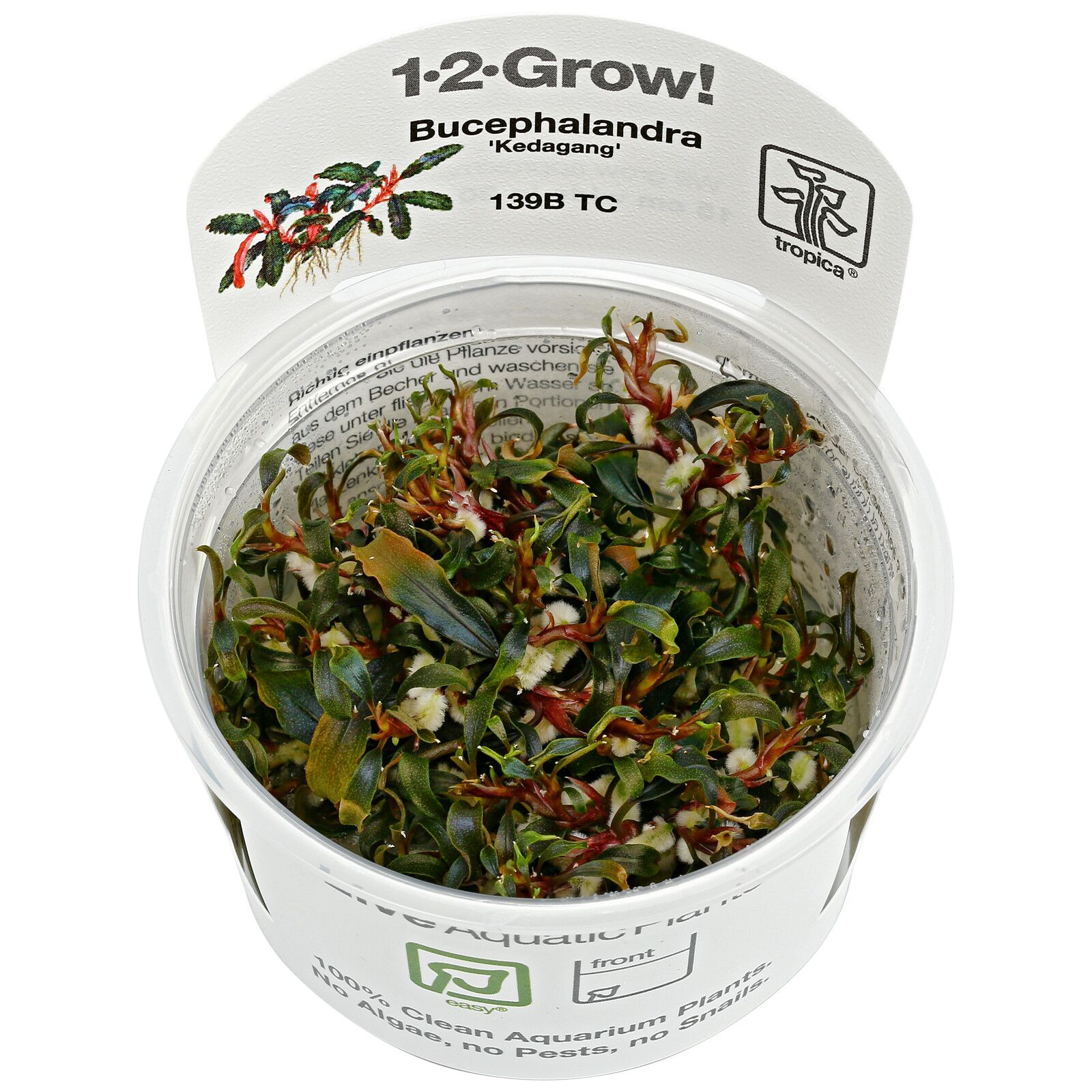 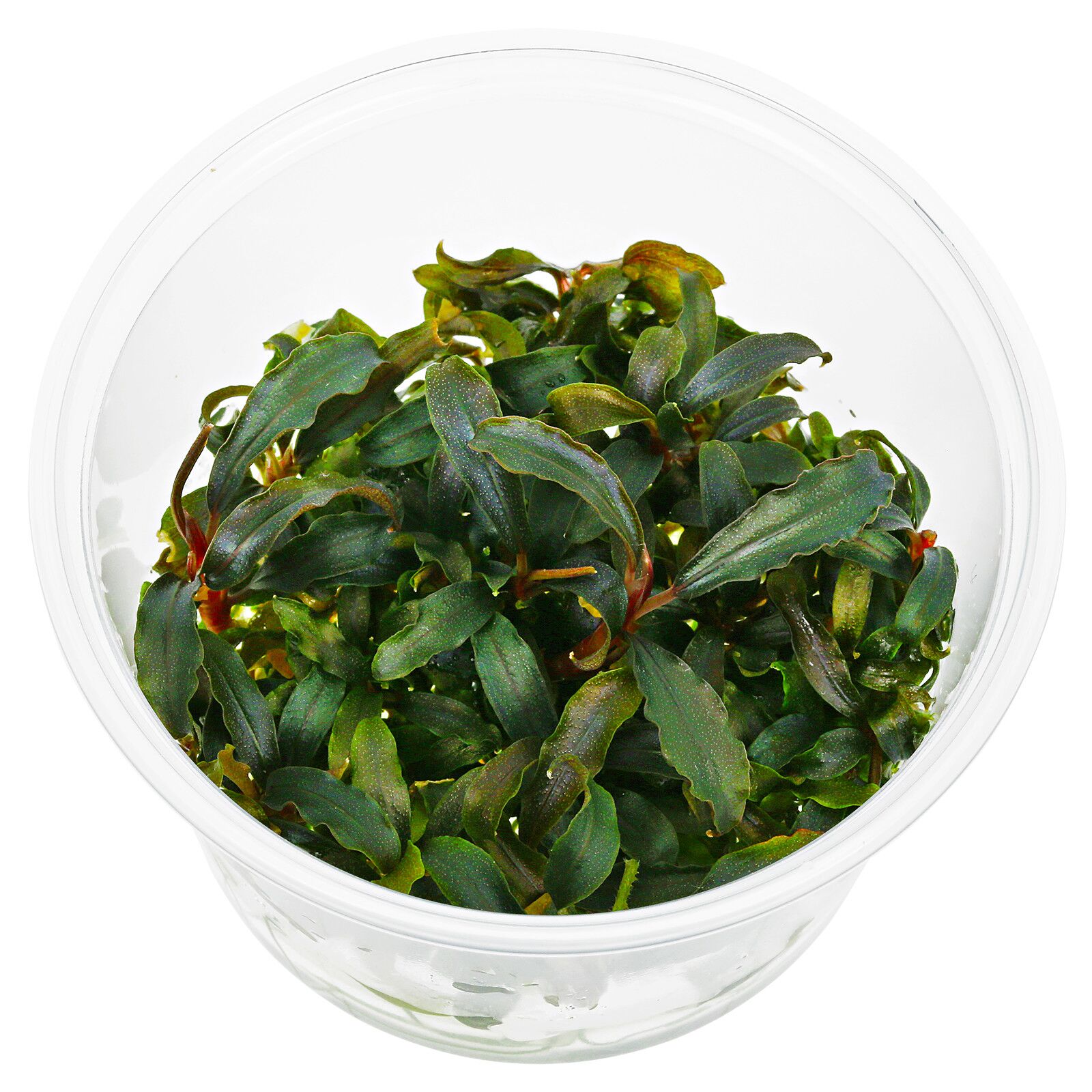 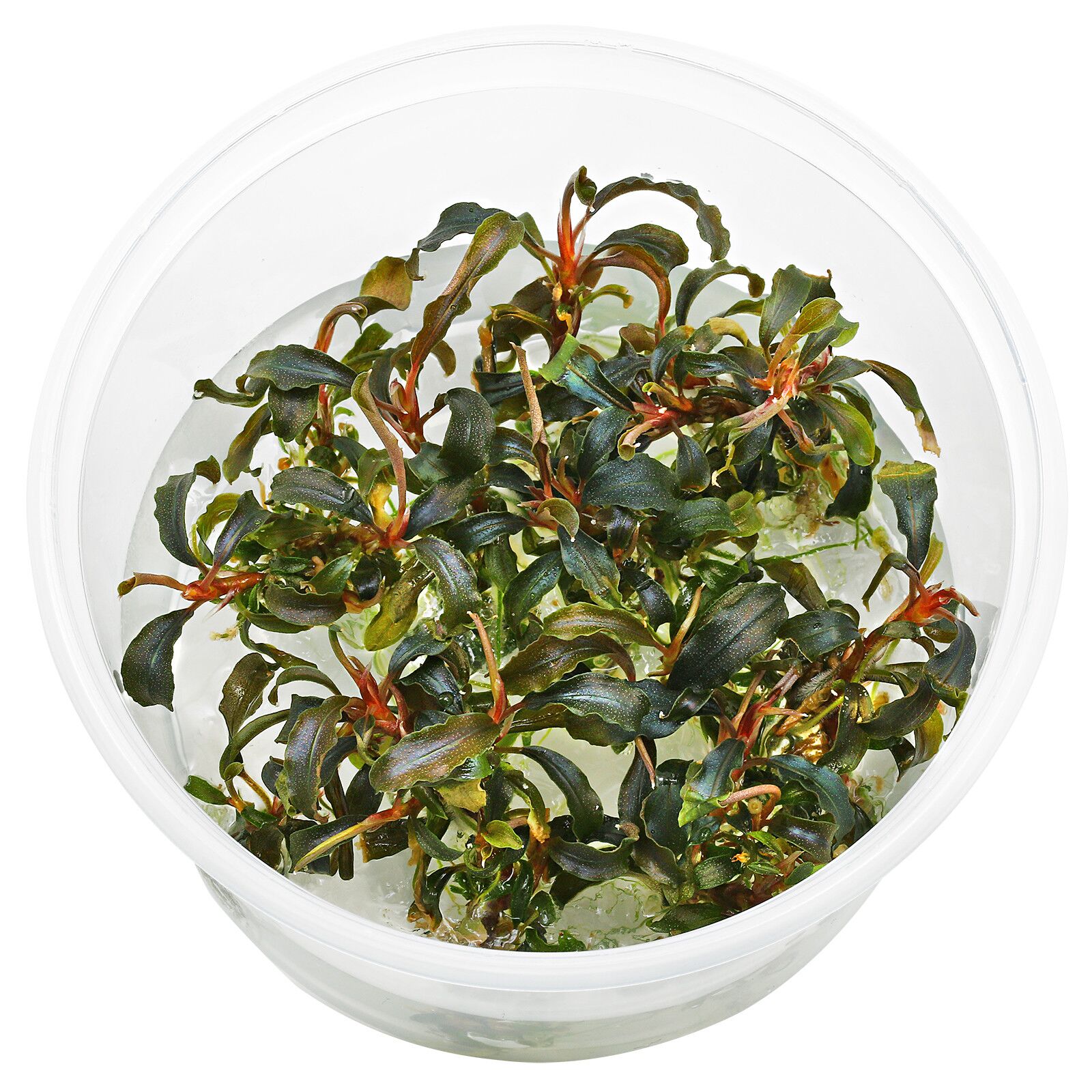 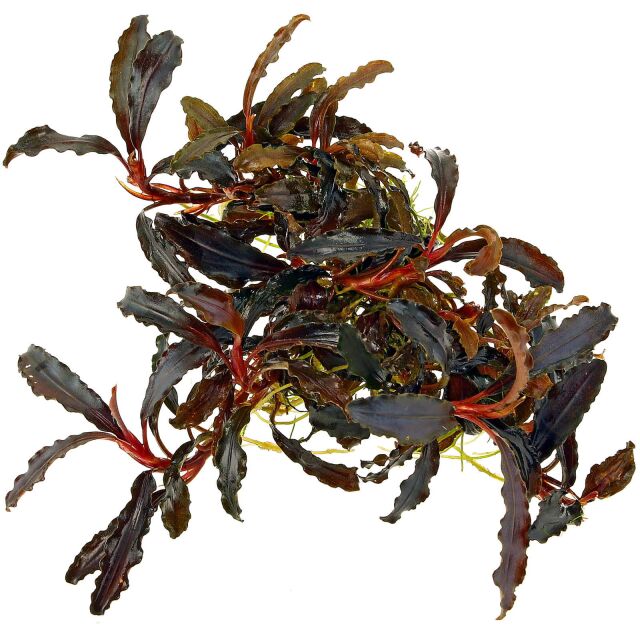 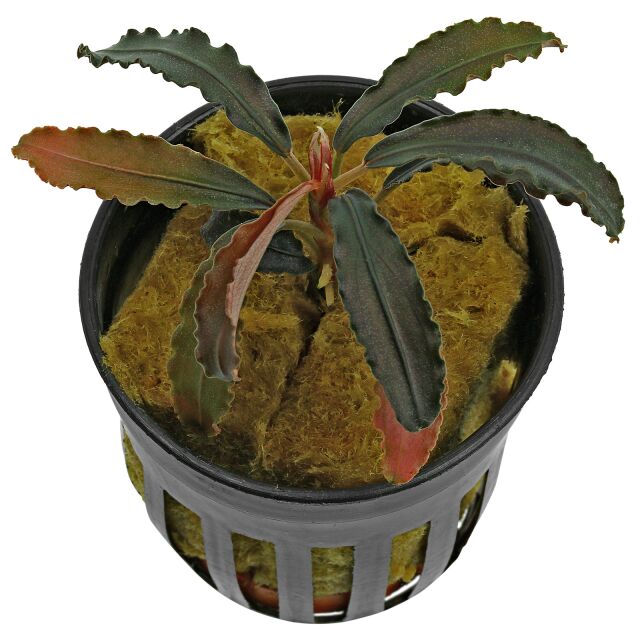 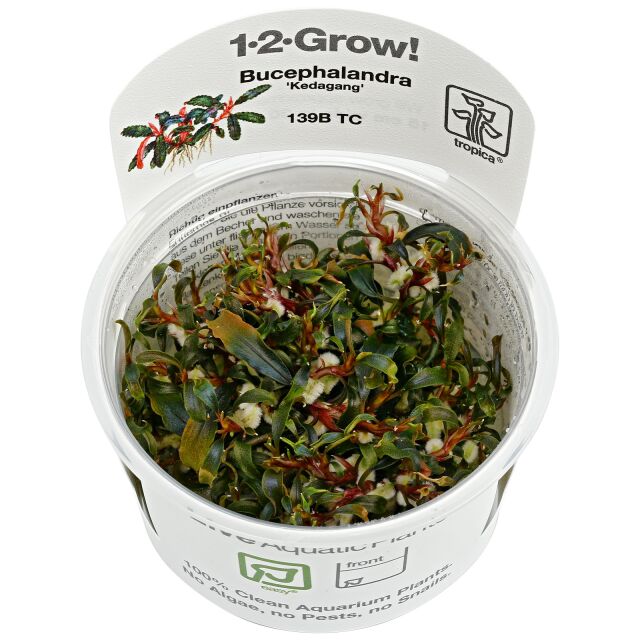 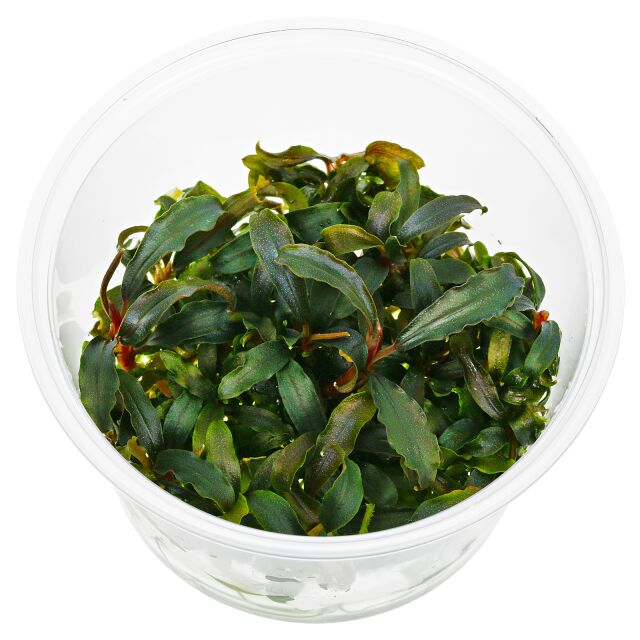 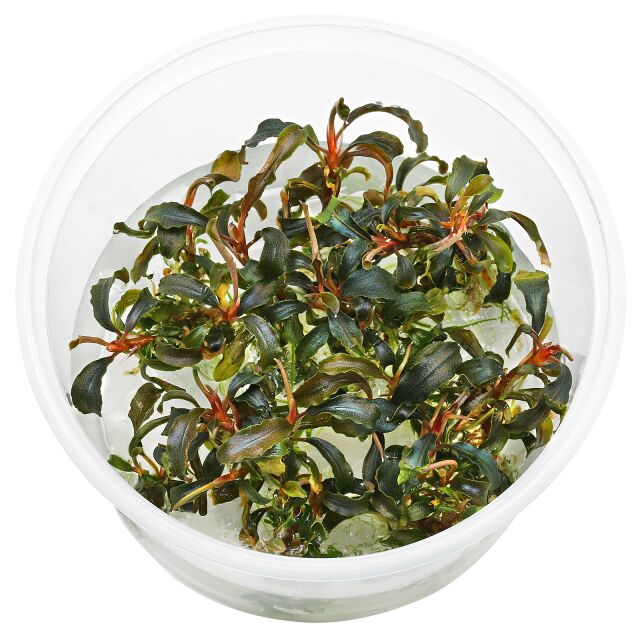 Sign in or Register
Free shipping on orders over € 50.- within Germany Change region
Express delivery possible
1-3 business days - order within the next 11 hours and 5 minutes and well deliver tomorrow at the earliest
I want to order to  confirm
Description Characteristics How many plants do I need? General information Customers ask customers Customer reviews

Bucephalandra sp. "Kedagang" is a relatively small, fascinating Bucephalandra variant which is quite long known but still rare in the hobby. We have been cultivating Bucephalandra sp. "Kedagang" for more than five years in our tanks. The longish, arching leaves with rippled margin grow to a length of around 4 - 5,5 cm and to a width of 0.8 - 1,2 cm. The leaf stalk is about 0,6 - 1 cm long. The upper side of the leaf is dark brown to green with a blueish shine and a lot of tiny silvery dots. The leaf underside is of a silvery white to pale purple. The rhizome tips and the young leaf stalks are wine red. The rhizome has a creeping to ascending growth habit and branches readily. Thus the plant will grow into a large group over time. In the aquarium it flowers only very seldom.

In comparison with other Bucephalandra variants, "Kedagang" is a rather "fast" grower. It does not have high demands, but under medium to high light and a good CO2 supply and ample nutrient levels it is the most beautiful. I is best tied to rock or driftwood where it attaches itself by its roots.

In our opinion, Bucephalandra sp. "Kedagang" is one of the be most suitable and also most beautiful Bucephalandras for aquariums. It is versatile and looks best as a larger clump of many shoots on the hardscape.

This item has been rated 3.7 out of 5 stars
47 Reviews
Please sign in if you want to write a review. Sign in
Francisco M.
Excellent

Love it. It took only 3 days to arrive in Portugal. Perfect condicioning of the plants. I received 3 portions in perfect conditions, wealthy and with amazing colors. (read more)

It took only 3 days to arrive in Portugal. Perfect condicioning of the plants. I received 3 portions in perfect conditions, wealthy and with amazing colors.

Sandra K.
I love this bucephalandra

All I can say is WOW. The plant looks fantastic, in perfect condition, quick delivery. Will buy and recommend this plant (read more)

All I can say is WOW. The plant looks fantastic, in perfect condition, quick delivery. Will buy and recommend this plant