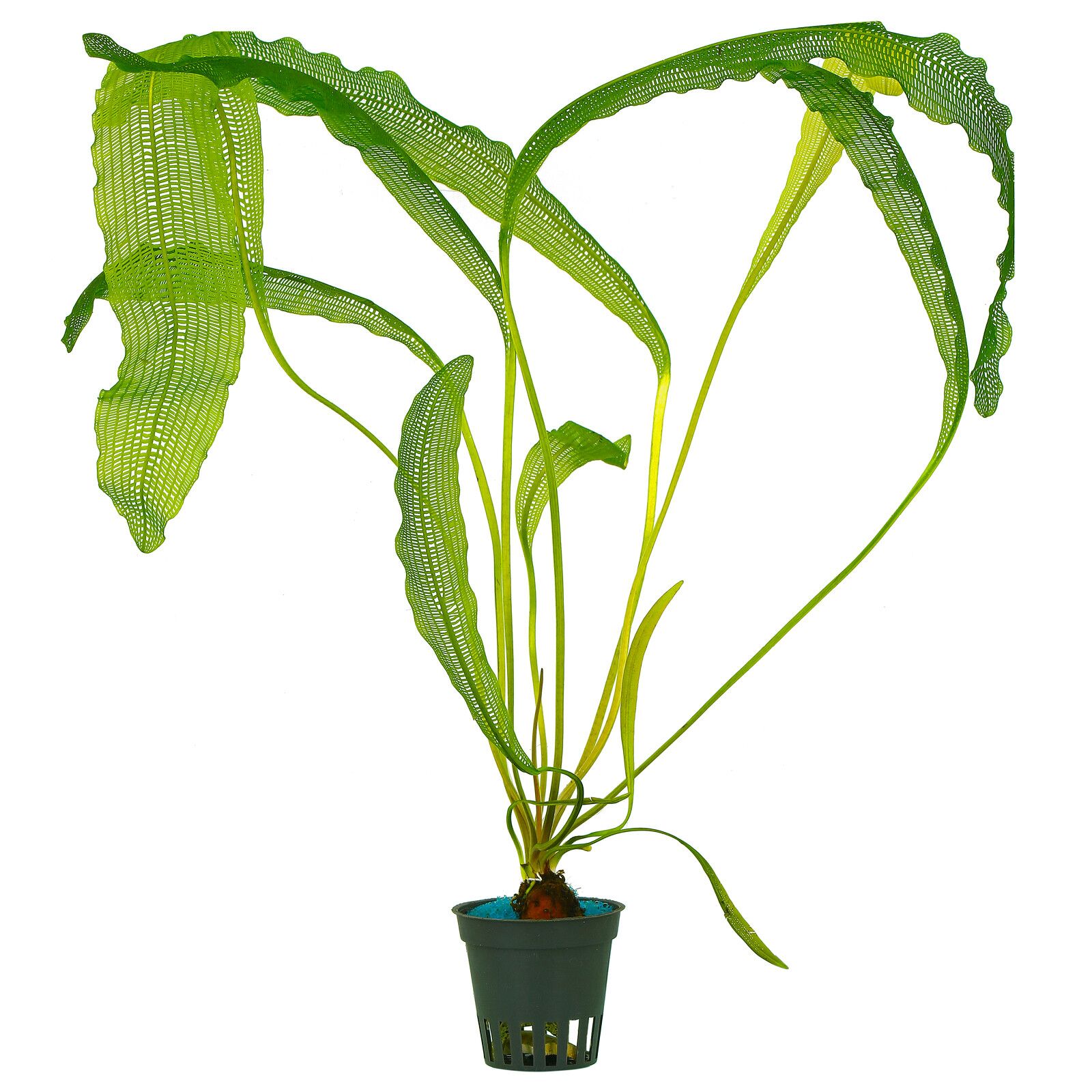 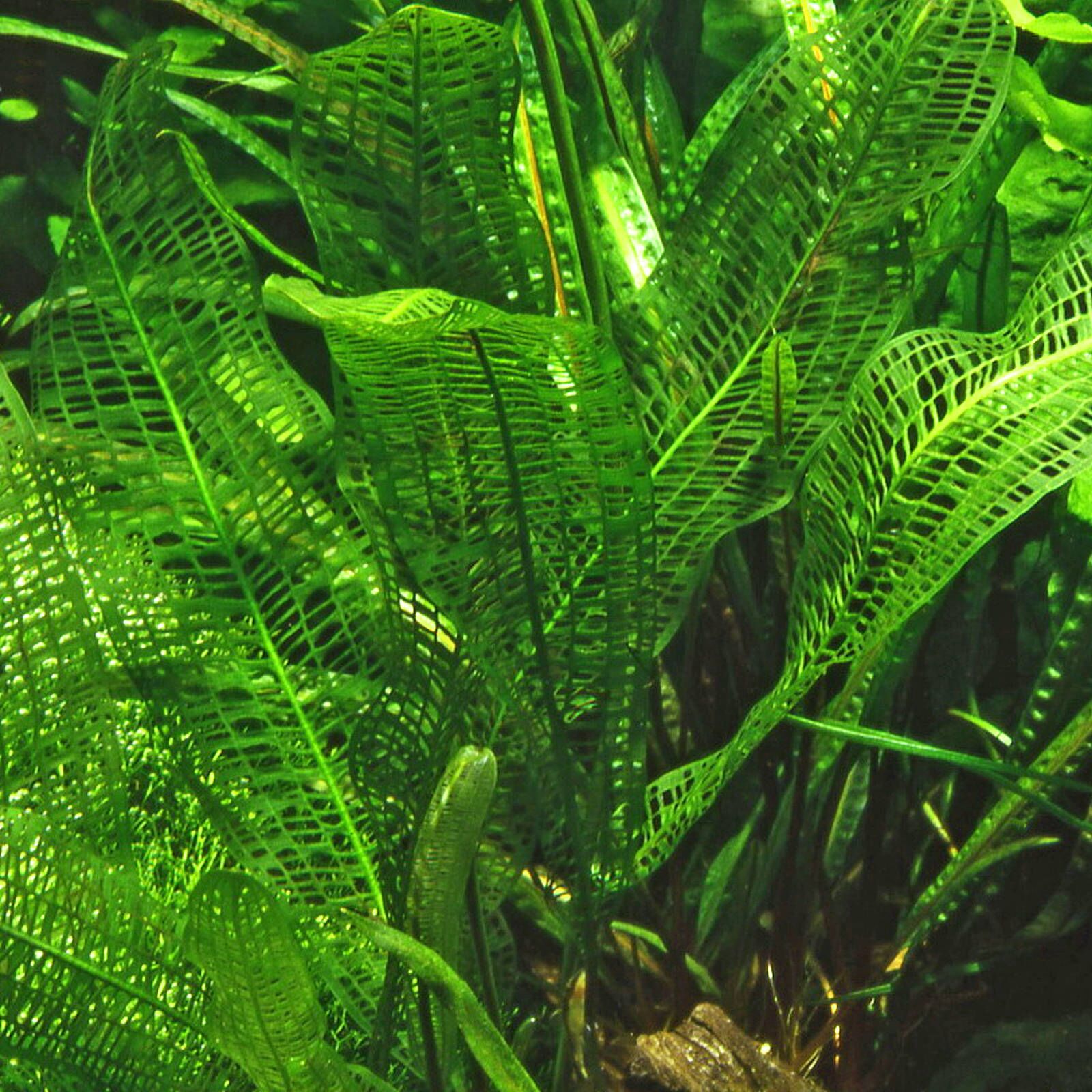 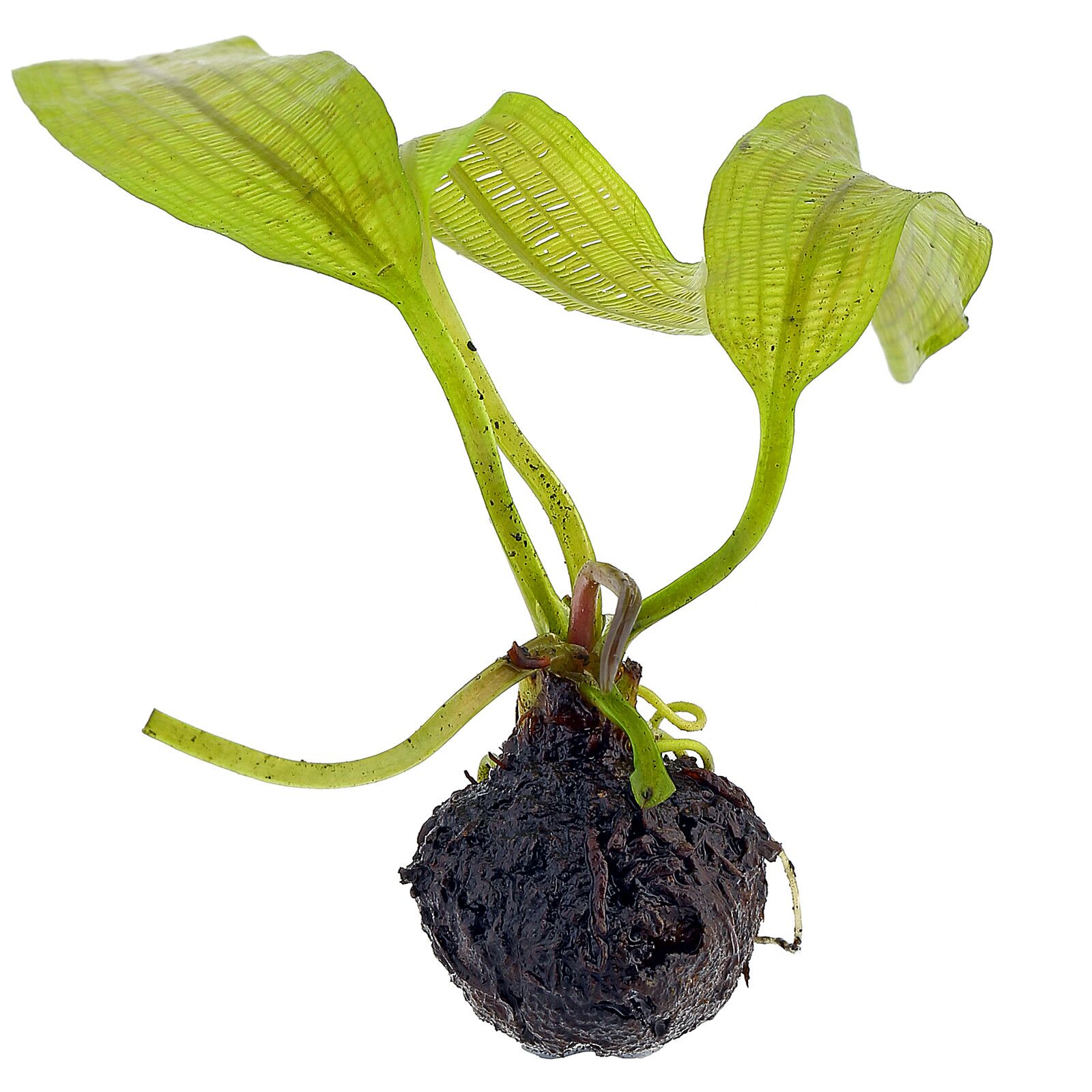 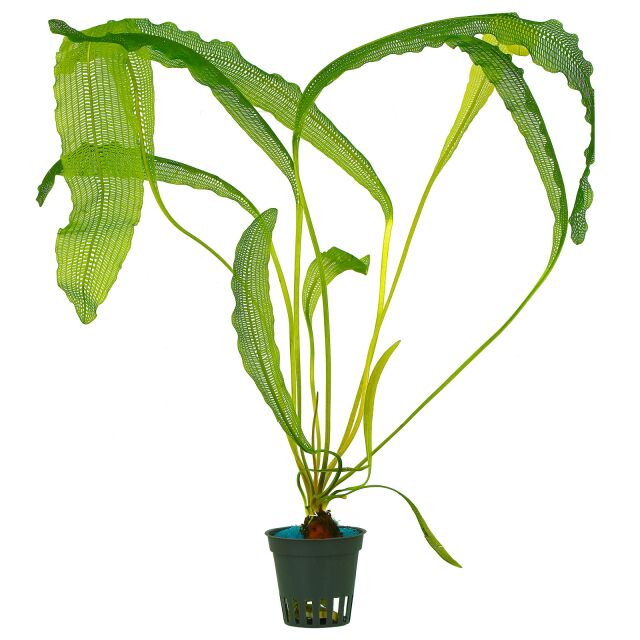 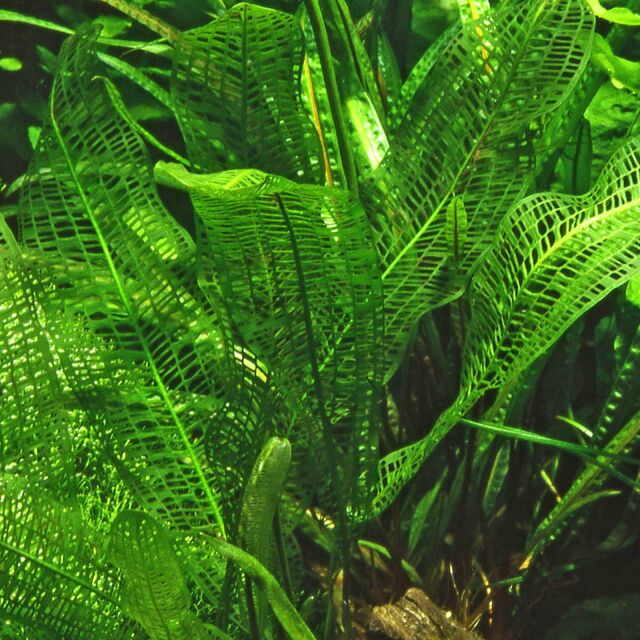 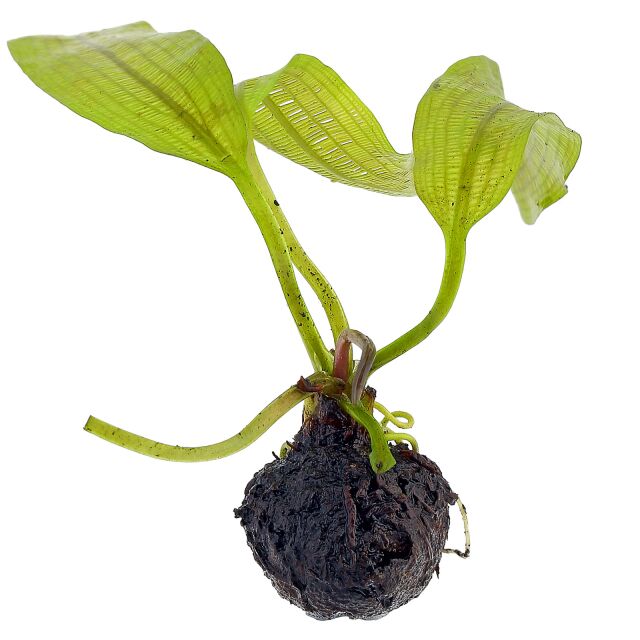 (Not rated yet)
In stock, only 3 left
As a registered customer you can get notified via e-mail when that product is back in stock.

Sign in or Register
Free shipping on orders over € 50.- within Germany Change region
Express delivery possible
1-3 business days - order within the next 3 hours and 45 minutes and well deliver tomorrow at the earliest
I want to order to  confirm
Description Characteristics How many plants do I need? General information Customer reviews

The Madagascar Laceplant is a fascinating water plant with grid-like leaves. It occurs in cool, permanent rivers in Madagascar. There are several forms from different localities that were partly described as varieties. The typical variety, Aponogeton madagascariensis var. madagascariensis, has rather narrow leaves with regular lattice structure and narrow perforations. Sometimes it is delivered under the incorrect name "Aponogeton henkelianus". 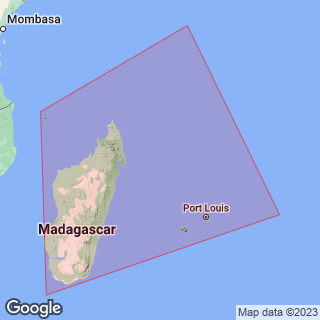