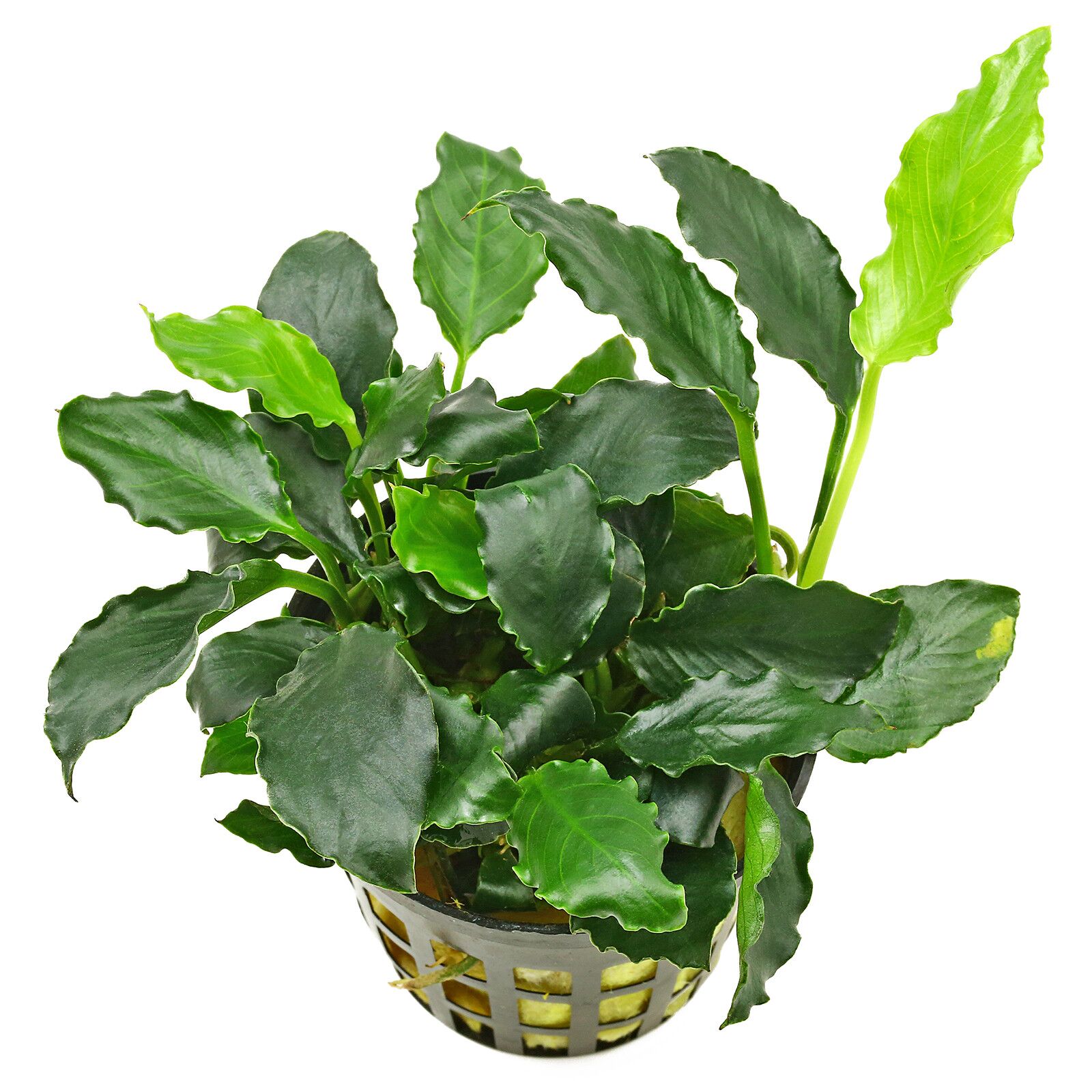 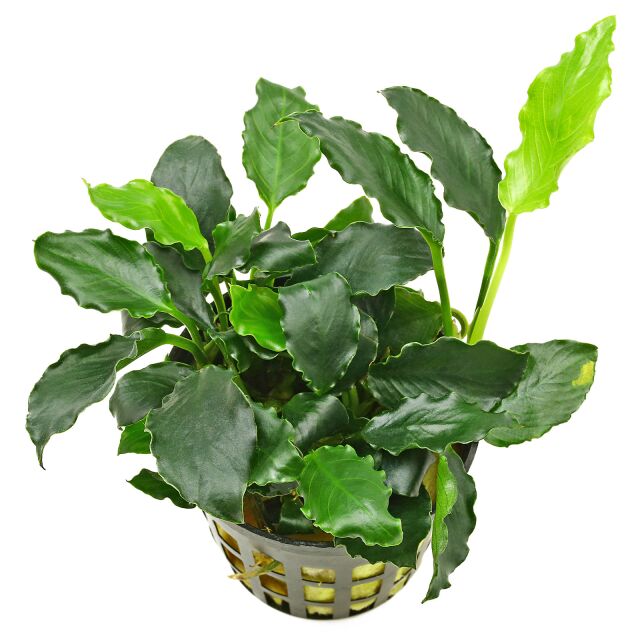 This beautiful new selection of the Dwarf Anubias is named after the Far Eastern mythical creature Kirin that is illustrated with one or two horns and scales. This plant is particularly distinguished by its strongly wavy, frilled leaf edges, thereby resembling a Bucephalandra. It is somewhat smaller and more compact than normal Anubias barteri var. nana. Its ovate, dark green, glossy leaves have about 3 to 4 cm long, 1,5 to 2,3 cm wide blades. The plant gets about 5 to 8 cm high while its horizontal growth is practically unlimited due to its creeping rhizomes.

As normal Anubias barteri var. nana, the cultivar 'Kirin' is an especially robust, easy to keep aquarium plant. It is primarily an epiphyte for the hardscape but can also be fastened to the ground as long as its rhizome is not buried to prevent rot. As well as other Anubias barteri forms, its light demand is low, however it can be grown under strong lighting with good nutrient supply. CO2 addition is not necessary but enhances its growth. The favourable temperatures are 22 to 28 °C. The plant is easily propagated by cuttings of the rhizome and side shoots.

Anubias barteri var. nana 'Kirin' is a special highlight among the epiphytes for the aquarium. With its frilled leaf edges that are uncommon for an Anubias and its rather compact growth, it attracts attention. Moreover, with its low demands, it is an easy plant even for aquarium beginners.