Feed tray for shrimp in an aquarium

Dwarf shrimp like those from the species Caridina and Neocaridina are popular nano-aquarium inhabitants. In the wild, those little decapods graze algic coats and biofilms, but also detritus, plant remains, dead insects, larvae and similar. Especially in breeding, a varied feed improves the vitality of the shrimp. Especially young stock requires food of a suitable particle size. Unfortunately, especially fine-grained food, such as powdered- or wet food, tends to seep away in coarser soil. There is the risk, that decomposing food residues form pollutants that are dangerous to the shrimp. 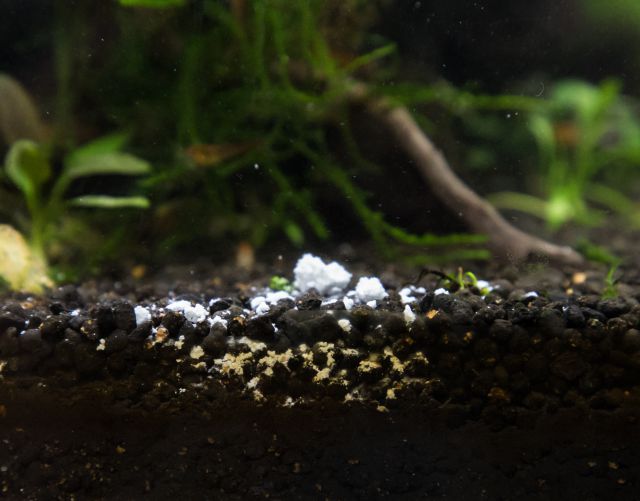 Permanently placing a feed tray in the aquarium is a good remedy. These feed trays are usually made of glass and available in varius sizes. The high rim prevents food particles from seeping into the substrate. Leftovers can be easily siphoned off with a hose. The animals get used to their new feeding spot quite quickly and it can be moved around every now and then for variation. 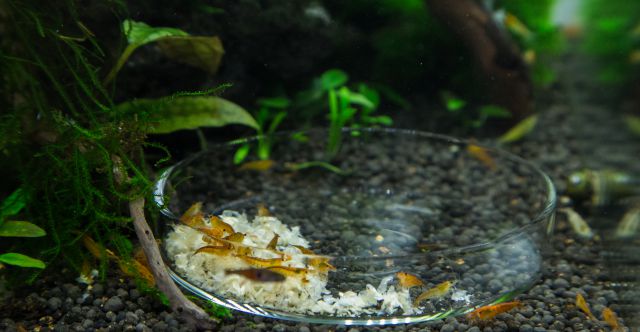 Tweezers or even better, (and for keeping dry hands) a feeding tube are well-suited for a targeted placing of shrimp food. The feeding tube is available as a 30 and 40cm version. 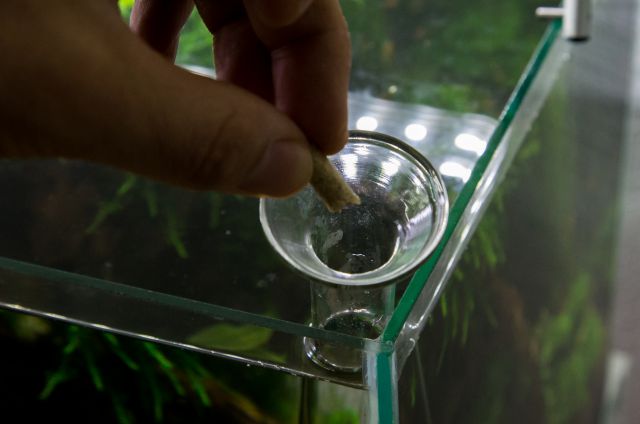 The lower end of the tube is placed over the feed tray. Using the funnel-shaped upper end, feed is added to the tube, which directs it directly into the feed tray. 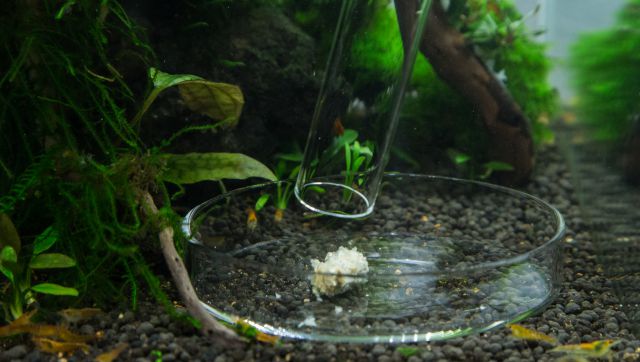 This method is especially useful when adding wet food, which would otherwise spread everywhere in the aquarium water. But also other kinds of food such as granules or sticks can be splendidly added via the combination of feeding tube and tray. After placing the food, the tube is removed from the aquarium again.