Detection and treatment of harmful flatworms

Planarians are among the flatworms or turbellaria. This group of animals consists of different species with different characteristics. Turbellaria are present in both freshwater and saltwater. As a rule, they live predatory and are therefore regarded as pests in the aquarium. However, not all turbellaria species are dangerous to the aquarium inhabitants such as fish, shrimp and snails, as they only feed on microorganisms. In this article, well give you some tips on how to detect and combat freshwater planarian worms in your aquarium.

Why are planarian worms dangerous?

In corresponding amounts, planarian worms can pose a hazard to invertebrates such as crabs, shrimp and snails, but also to fish. Here, the size of the prey is crucial, in this respect juveniles and eggs are especially affected. But also old and sick specimens or freshly skinned shrimp may be attacked. A planarian infestation certainly does not lead to an immediate mass extinction of the entire stock. It is more likely that fewer and fewer young will have a chance to mature and thus the stocking will over-age and decline over time and .

As THE classic aquarium pest, the planarian flatworm belongs to the order Tricladida. Recognizable by its flattened, uncurled body. The most important feature for identification are the two eye spots at the head end. With them, this worm can perceive brightness. In fact, planarians are quite sensitive to light. They are therefore more likely to seek protection in darker areas in the aquarium, such as near the ground or in the filter. 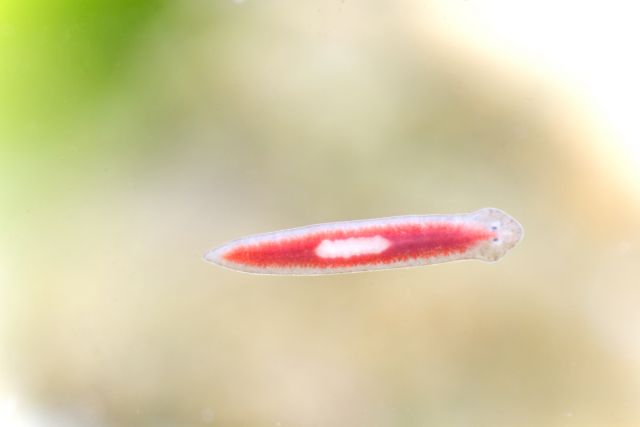 In the middle of the body, the so-called throat spot can be found, which is usually lighter in colour than the rest of the body. Here its expansible gullet is located, by which the planarian flatworm takes in its food. The stain is usually quite easy to spot. Even with planarians with whitish body color it appears a bit more massive than the rest of the worm. Other typical body colors are brown, reddish or beige and there are also spotted forms. If the worm has eaten something colourful (e.G. a red-blooded Ramshorn Snail), the planarians big, dendritic intestine temporarily turns this colour. Starting from the gullet, this Y-shaped intestine extends with a tip to the head and two tips to the tail. The intestine is best visible in transmitted light.
Adult planarians can reach a body length of about 2 cm. Unfortunately, the detection of planarians is extremely difficult, especially in early stages, as they can often be confused with other, harmless worms.
A good sign that you are not dealing with a planarian is, when the worm gets eaten by fish. Planarians wrap themselves in nasty-tasting slime and are therefore very unappealing as food, and there are only very few species of fish that actually eat planarians. The other rather similar-looking worms (most likely Nematodes) on the other hand, are a popular snack.
Often a triangular head is mentioned as a further characteristic of planarians, but some species do not have this and there are also planarians with other head shapes. So the head shape needs to be excluded from the list of defining features. However, one thing is certain: If the worm has a triangular, offset head in the shape of an arrowhead, its definitely a classic planarian.

Another help for detection is the touch test. If you tap a planarian lightly with your finger, it contracts to a point and stays in place, such as the pane of your aquarium. Other worms tend not to show this behavior, stay stretched long, or fall off the pane when touched. Note: You should do this very carefully and do not squash the planarian, as new ones can develop from their remains. 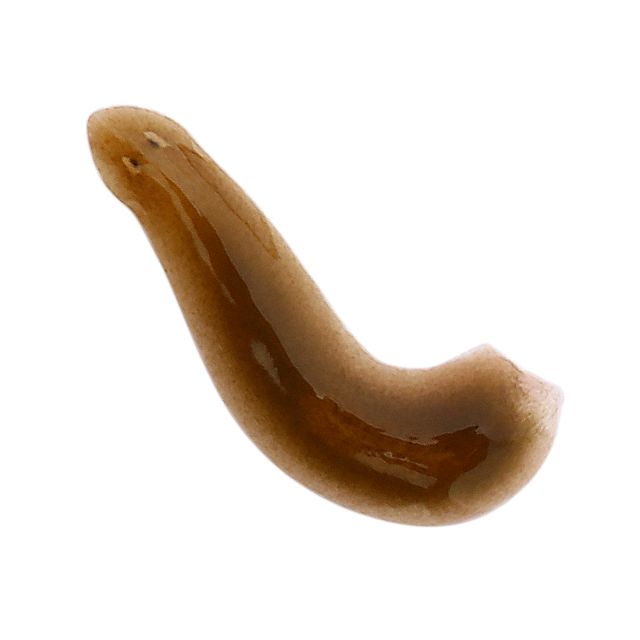 The movement of a planarian and other flatworms is sliding, so in principle, as it is known from snails. A caterpillar-like back and forth in the movement is more of a trait for a leech or for a harmless little oligocheata or a common worm. Another distinguishing feature: Unlike leeches and oligocheata, planarians can not swim. If you (carefully) peel them from the pane, they sink to the ground.

How do planarians get into the tank in the first place?

Similar to other pests, planaria can get into the aquarium via newly purchased material such as aquatic plants or live food. But caution is also necessary with snails, crabs and shrimp, because the parasites can attach to the animals. A carryover can also happen by using a filter or soil from an already infected aquarium.

If you want to be on the save side, purchase In Vitro plants. These plants were cultivated in a sterile environment and 100% pest-, pesticide- and algae-free. When buying new animals, especially shrimp from the local pet shop, you should carefully inspect the aquarium tanks. If there are planarians in it, you should consider the purchase well.
General precautions, such as quarantining newly acquired animals and plants, as well as disinfecting or avoiding cross-contamination over shared tools like e.G. fishnets when you run more than one tank are useful methods as well to prevent infiltration. When inserting newly acquired animals, as little or at least as little transport water as possible should be added to the aquarium.

Of course, you can try to just collect these harmful voracious worms manually. But this method is not particularly effective, since the majority of the population lives hidden, for example in the substrate. It is muasier to use a planaria trap. In principle, these work like a weir and are set up with bait (for example, a tiny piece of raw meat, a few frozen mosquito larvae or very high-protein food) to catch planaria. 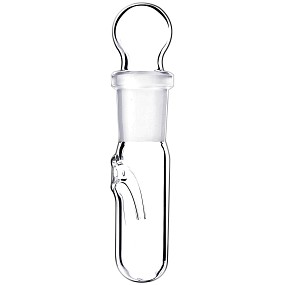 Afterwards the trap is placed in the aquarium. The next morning, some worms shouldve already been trapped. The can be collected from the trap and disposed of. Please dont just flush them away in the toilet, because some species of planaria common in aquaristics are not domestic here! The animals should be doused with boiling water to kill them quickly and efficiently. With more bait, this procedure can be repeated as often as necessary. This measure helps keeping the population under control, but it is very hard to get rid of them completely using this method.

Of course, certain types of fish or shrimp can be put into the aquarium as natural predators to the planaria. Certain loaches like the hovering Zebra Loach Yunnanilus cruciatus or the red-spotted Goby Rhinogobius rubromaculatus are to hunt and eat planaria and also do boxer shrimp such as Macrobrachium peguense. The use of such animals only as a means to an end should be well considered, though, because the housing conditions must be appropriate for the respective species. A socialization with, for example, dwarf shrimp is not possible with some species, as these are then regarded as prey.
Here, too, predators only help to keep the planarian population in check. The worms will not be completely eradicated, as there are always enough of them left to hide in the substrate and keep breeding.

Much more promising is the treatment with a deworming agent such as Flubenol or Panacur. When used correctly, it is possible to get an aquarium completely free of planarians again. Both are prescription drugs, which can be obtained from a veterinarian. Flubenol contains the active substance flubendazole, while Panacur contains fenbendazole. Both drugs have a similar mode of action. Due to disruption of the metabolism or the digestive system the planarians will eventually starve. Treatment with either medication should be repeated after approximately two weeks as they have no effect on planarian eggs. Thus, at the end of the "breeding season" newly hatched planaria are directly killed.

Unfortunately, both Flubenol and Panacur have a negative impact on the ecosystem in the aquarium. Flubenol kills all types of snails in the aquarium and the active substance is stored in the substrate for several months. Snails can only be re-introduced into the tank after a very, very long time. Panacur harms mostly snails like Neritina and Clithons. Red rimmed Melania, staghorn- and Physidae seem to be more likely to survive a treatment.. Again, the active ingredient remains in the substrate and thus inhibits a restocking in the near future. If Panacur is overdosed, it can also lead to deformities and reproductive disorders in shrimp.