Everything important about the new daytime LED system

With the pendix aquarium lighting series the German manufacturer daytime has now launched a brand new LED model series. Here we'll show you what the pendix is all about.

The pendix series was developed by daytime as a lighting system based on the popular matrix series. Based on passive cooling, these LED lamps are particularly quiet and unobtrusive. Just like the matrix series, the pendix aquarium lamps also use LED modules. These modules allow maximum flexibility, as the number of pieces, position and colour temperature can be freely selected and easily changed. In contrast to the matrix series, which consists of individual aluminium rails, the pendix lamp bodies always contain three rails, which can be equipped with modules. The fact that three rails are installed, improves the illumination of the aquarium. This is particularly important for tanks with more depth. The pendix LED lamps are in principle designed as hanging lamps and have factory integrated grooves for wire suspensions. 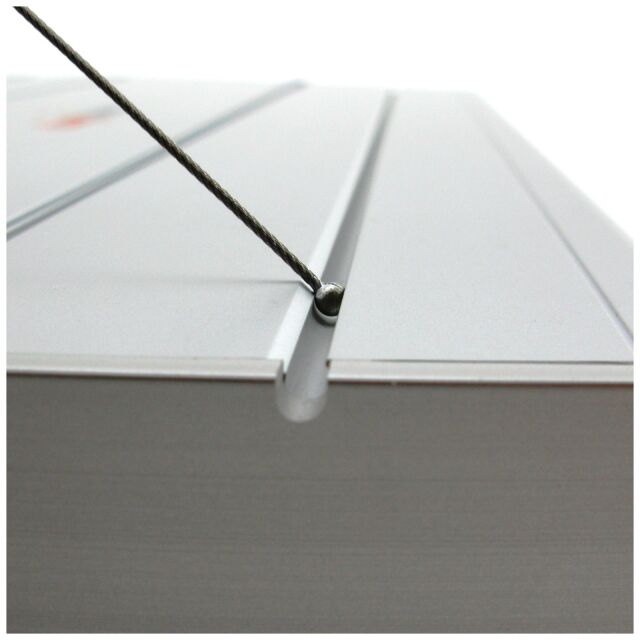 There are also special screw channels on the lamp bodies to allow easy mounting with wall mounts. But it is also possible to convert it into a surface-mounted lamp with appropriate adapters. The LED lamps of the pendix series are therefore particularly recommended for open aquariums, whether in freshwater or seawater. Due to the anodised aluminium components according to DIN81249-1 and already integrated splash guards, the pendix lights are resistant to salt water. The lamp bodies are available in black or silver.

The pendix lights are offered in 27 different standard lengths, beginning with the small pendix40 up to the large pendix300. The number in the model name indicates the length of the lamp body. Due to the wide beam angle of the light emitting diodes, even aquariums that are up to 20 cm longer than the lamp itself can be ideally lightened. This makes e.g. the pendix40 perfectly suitable for a tank with an edge length of 60 cm. 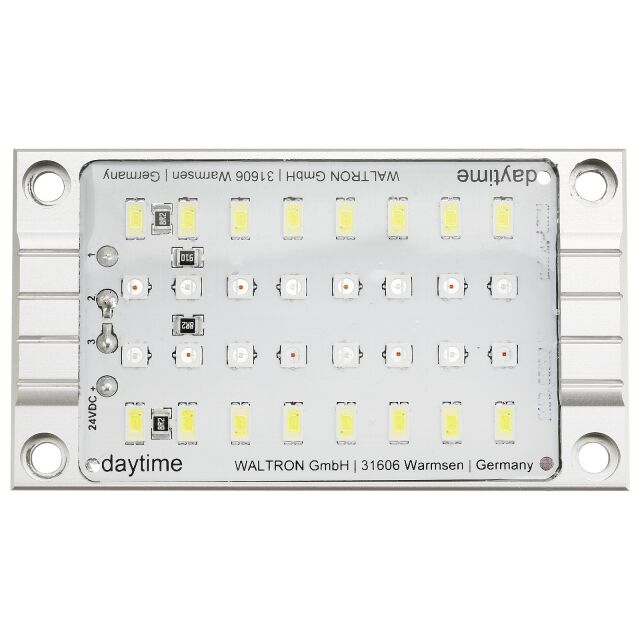 Depending on the lamp size, the options for fitting the LED modules are of course different. Different maximum numbers of modules are therefore possible for each rail and each lamp model. For example, a pendix80 can accommodate a maximum of 8 modules per rail, allowing for a maximum of 24 LED modules.

As with the matrix series, the light colours of the individual modules can also be freely selected for pendix lamps. This results in unbelievable combination possibilities. Basically three different white tones are available (Warm White, Neutral White and Ultra White). LED modules with RGB components are available as well. This includes the light colour Ultra Blue Red White, which has red and blue light-emitting diodes in addition to white ones. The colour SunLike Freshwater is quite the novelty. Based on the light colours blue, red and white, 25% more SunLike LEDs in the white light component are installed on this module. The result is improved colour reproduction in the green spectral range.

Various LED controllers are available for lighting control in both the matrix and pendix model series. Basic Control BC16 is a simple, single-channel control device which can control various dimming phases and thus also sunrises and sunsets. Three switching times (day, night, break) are offered. The SC16 (see picture) on the other hand, is a three-channel LED controller that offers more possibilities. It can also be used to control RGB light colours such as blue and red, so that further lighting scenarios such as dawn or moonlight can be easily implemented. Complete daylight sequences can be easily programmed and controlled using apps for smartphones and tablets. A randomly starting cloud and thunderstorm simulator rounds off the overall program.