How to calculate the proper LED light intensity

Besides the highly popular fluorescent tubes (T5 or T8), over many aquaria, metal halide lamps (HQI) or the so-called compact fluorescent lamps are in use. The latter are often the lighting unit of choice in clip-on lamps that are used over nano tanks. The ratio of output in watts and the aquarium volume in liters is crucial for a planted aquarium. For calculating this ratio, simply divide the output in watts through the volume in liters. A value of approximately 0.25 watts per liter describes the so-called low-light tank. It is sufficient for undemanding plants that do not require a high light intensity, like ferns, mosses, Cryptocoryne and Anubias. 0.5 watts/liter can be described as medium light. Some ground-covering plants or stem plants do well in this light. 1 watt per liter or more describes the so-called high-light tank. Demanding plants like red-leafed stem plants need this much light. 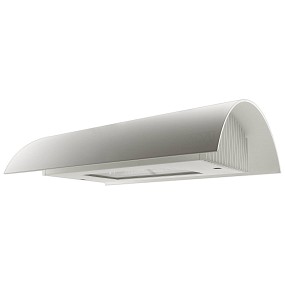 The rule of thumb described above can be transferred to LED lights, too. However, you do not calculate with the output in watts but with the luminous flux that is measured in lumens. The reason for this change is that LEDs that have the same power output in watts may possess a highly different luminous flux in lumens. A value referencing the wattage would be much too imprecise.
Low light, as described above, with 0.25 watts per liter in your standard lighting systems corresponds to approximately 15 lumens in LED lights. The medium range of 0.5 watts per liter can be compared to around 30 lumens per liter, and high light corresponds to approximately 60 lumens per liter in LED lights.

If you use this light calculator, you can see quite easily whether your lighting system provides your plants with low, medium or high light.

A clip-on lamp with LEDs.

When you know how much light your plants need you can look after the corresponding lumens in the LED lights you are looking into. The guideline value for the luminous flux we have found by taking into account the light demands of our plants is simply multiplied with the aquarium volume in liters.
An example: An aquarium with a volume of 54 liters is equipped with a standard fluorescent T8 lamp with an output of 15 watts. 15 watts/54 liters are approximately 0.27 W/L, which corresponds in turn to a low-light tank. The LED lighting system we are planning will thus need to have 15 lumens per liter. 15 lumens*54 liters result in 810 lumens. So 810 lumens should be the luminous flux of the LED lighting system we are about to buy if we want to keep the light intensity we are currently using.

Please note: When choosing a lighting system, make sure you see the LED lighting system manufacturer's indication of the lumens that his products emit. Lighting systems in which only white LEDs are used have a higher luminous flux (i. e. their efficiency is higher and they save more electricity) than those lights where colored LEDs are used. Those, however, have other advantages: They let the colors in fish and plants stand out much more beautifully.