How to breed shrimp for special features

Every shrimp enthusiast dreams of colorful dwarf shrimp. Bee Shrimp with bright reds, opaque whites and sharply separated colored areas, bright Orange Sakura or Deep Blue Tiger, which are actually deep blue: To get a population stable in terms of coloration, a careful selection process by the breeder is required. We give a few tips in the following. 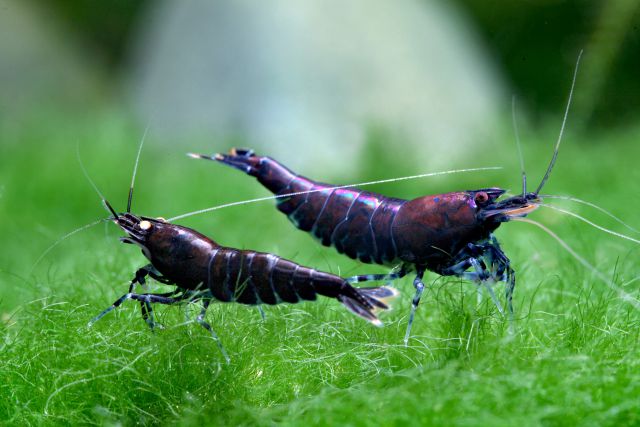 Deep Blue Tiger with and without Orange Eyes (OE) - Copyright by Chris Lukhaup.

Why should shrimp be bred selectively?

If you want to breed dwarf shrimp, you should acquire a fundamental knowledge of genetics. We've already heard of Mendel's laws of inheritance back in biology class at school. The genome of a living being is determined by the so-called genotype, ie the entirety of its genes. Certain characteristics, such as the coloration of a shrimp, then manifest themselves in the phenotype, that is, in the outward appearance.

In laymans terms: you exclude shrimp from the breeding process whose appearance does not correspond to your breeding goal or your ideas as a shrimp breeder. Their features may simply be undesirable because of bleak coloring or less attractive patterns, but also to prevent hereditary defects from being transmitted to the next generation: Sometimes, shrimp have too short a carapace, which leaves their gills exposed.

Selective breeding can make a lot of sense. then. Remove specimens from your breeding tanks that are not up to your standards, and do so before they reach sexual maturity. This way you'll have a group of shrimp with the desired phenotype, with the aim that the corresponding genotype will consolidate over the generations.

What to do with the culls? 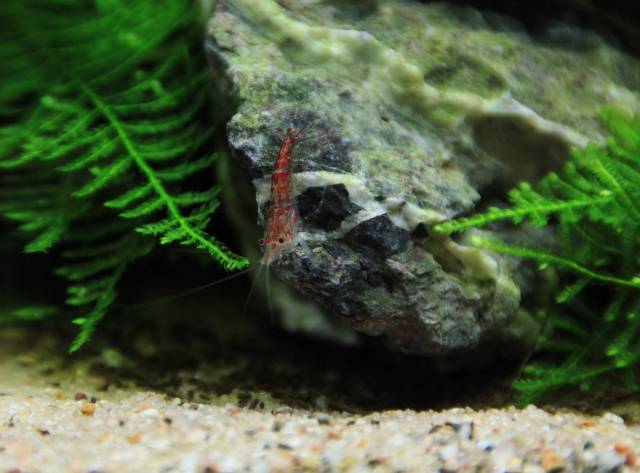 Of course, as animal lovers, we also treat shrimp responsibly that do not meet our breeding goal! A suitable solution for low-grade animals with poor color coverage or for shrimp with undesirable patterns would be, for example, a separate aquarium dedicated for the rejects, or culls. Maybe this could even be the beginning of a nice little crossover-breeding-project? Alternatively, those shrimp you could sell your culls using the respective platforms on the internet or at trade shows and hobbyist sales for little money, or give them to friends for free.

Shrimp with visible deformities like exposed gills or misshapen carapaces should definitely be eliminated from the breeding cycle. They need to be prevented from breeding and from passing the defects on. In a leftover tank they could be co-housed with small predators, like e. g. small tetras that eat possible shrimp offspring. Dedicated, separate tanks for males and females are feasible, as well - there are no limits to the breeders imagination.

Selection nets with stiff netting are especially useful for catching individual shrimp. These fishnets are made of a sturdy netting, so they do not collapse above the waterline. This means a lot less stress for the shrimp and also it makes inspecting them from above so much easier while they are still inside the net. These fishnets are small enough to enable you to catch individual shrimp from the aquarium. When using bigger fishnets, you may catch a couple more shrimp than you actually wanted. 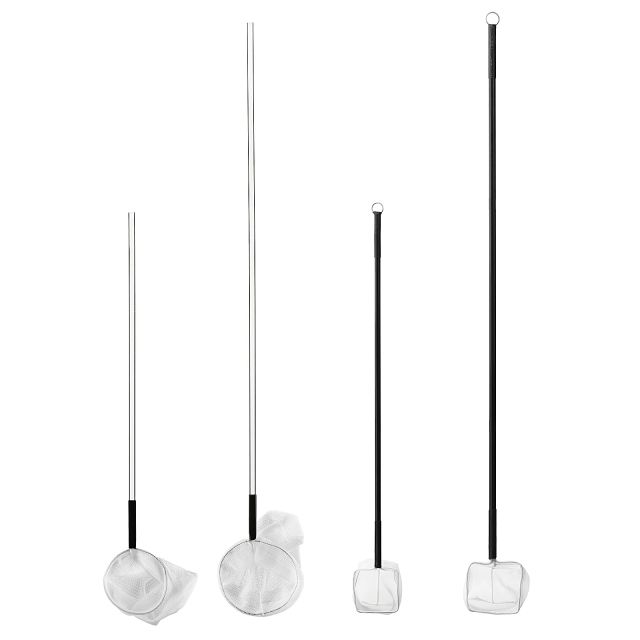 Borneo Wilds selection nets are available in various shapes and lengths. You are free to choose the length of the handle or which shape (round or angular) the net should have. The stirrup-shaped Nano Shrimp Net from Dennerle is very useful, too. Its shape makes catching shrimp off the aquarium glass very easy.

As a temporary container for the shrimp you've caught, the JBL fish catching cup is a great tool. These small containers can be simply hung onto an aquarium wall thanks to the bracket on their back. This way you can easily pick your shrimp and net them out of the tank without having to run back and forth all the time. 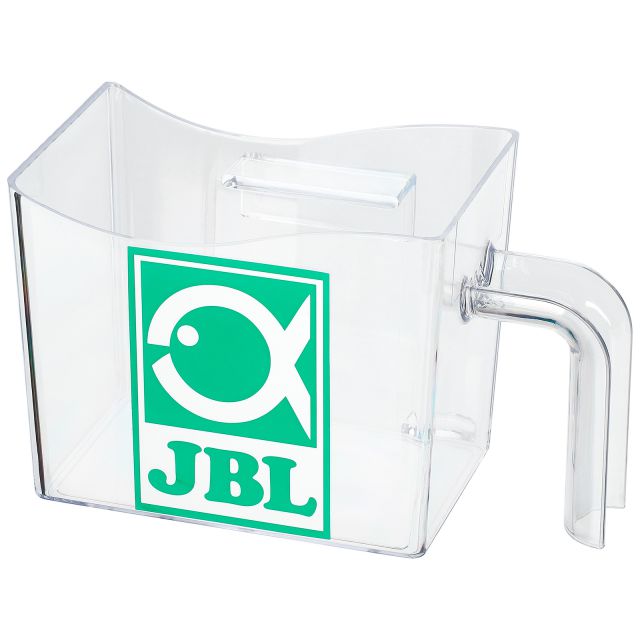