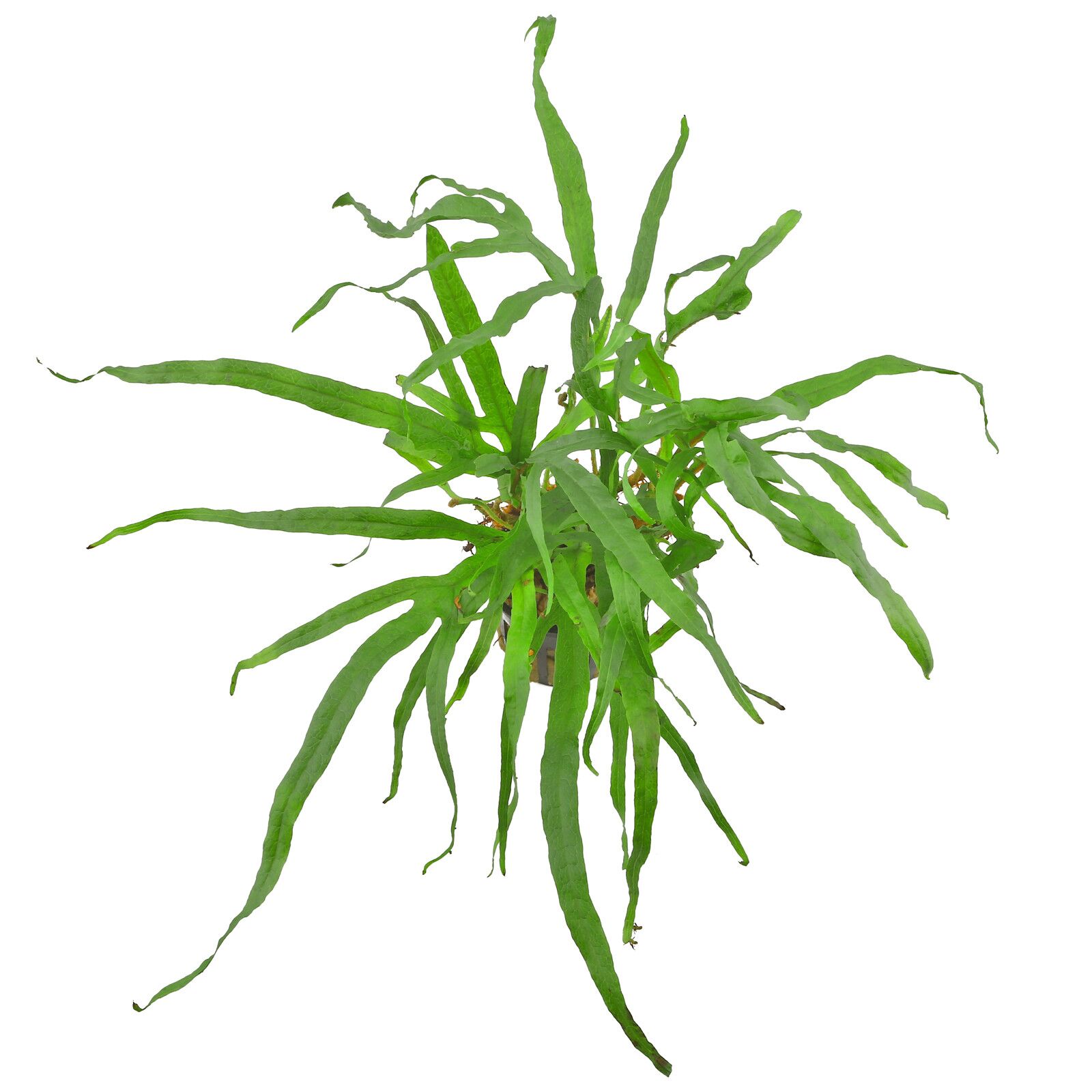 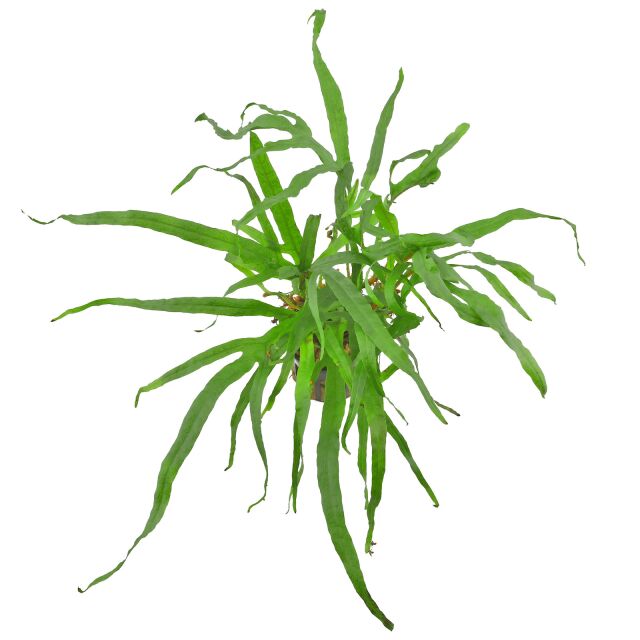 Under the same name, Microsorum pteropus 'Trident', two Java fern variants are available that markedly differ by their sizes. The larger form, i.a. sold by the nursery Dennerle as 'Trident', develops up to 1,5 cm wide leaf segments, while the regular 'Trident' (i.a. from Tropica) has a more delicate appearance due to its very narrow lobes. Besides that, both have about the same pinnatifid leaf shape. In order to distinguish them, we name the first variant Microsorum pteropus 'Trident Large'.

As virtually all Java fern variants, 'Trident Large' is an easy aquarium plant that's best used as an epiphyte on wood or rock. It can also be fixed to the ground, but the rhizome should not be buried, otherwise it may rot. Although Java fern has little light demands and still grows in tanks without CO2 supply, it thrives best with medium lighting and good CO2, macro- und micronutrient supply. It is easily propagated by rhizome cuttings and adventitious plantlets on older leaves.

This larger 'Trident' form is suited for almost every aquarium and looks especially nice as a larger stand on the hardscape in the midground. It may get about 30 cm high but mostly stays smaller. Used with the smaller Microsorum pteropus 'Trident' further back, it may enhance the perspective effect in an aquascape.

This item has been rated 3.7 out of 5 stars
3 Reviews
Please sign in if you want to write a review. Sign in
Eleonora A.
Bellissima

The species i tot from aquasabi are all 3 melting away. Same treatment as on all other plants from that shipment. Only these 3 have this in the new aquarium setup. (read more)

The species i tot from aquasabi are all 3 melting away. Same treatment as on all other plants from that shipment. Only these 3 have this in the new aquarium setup.