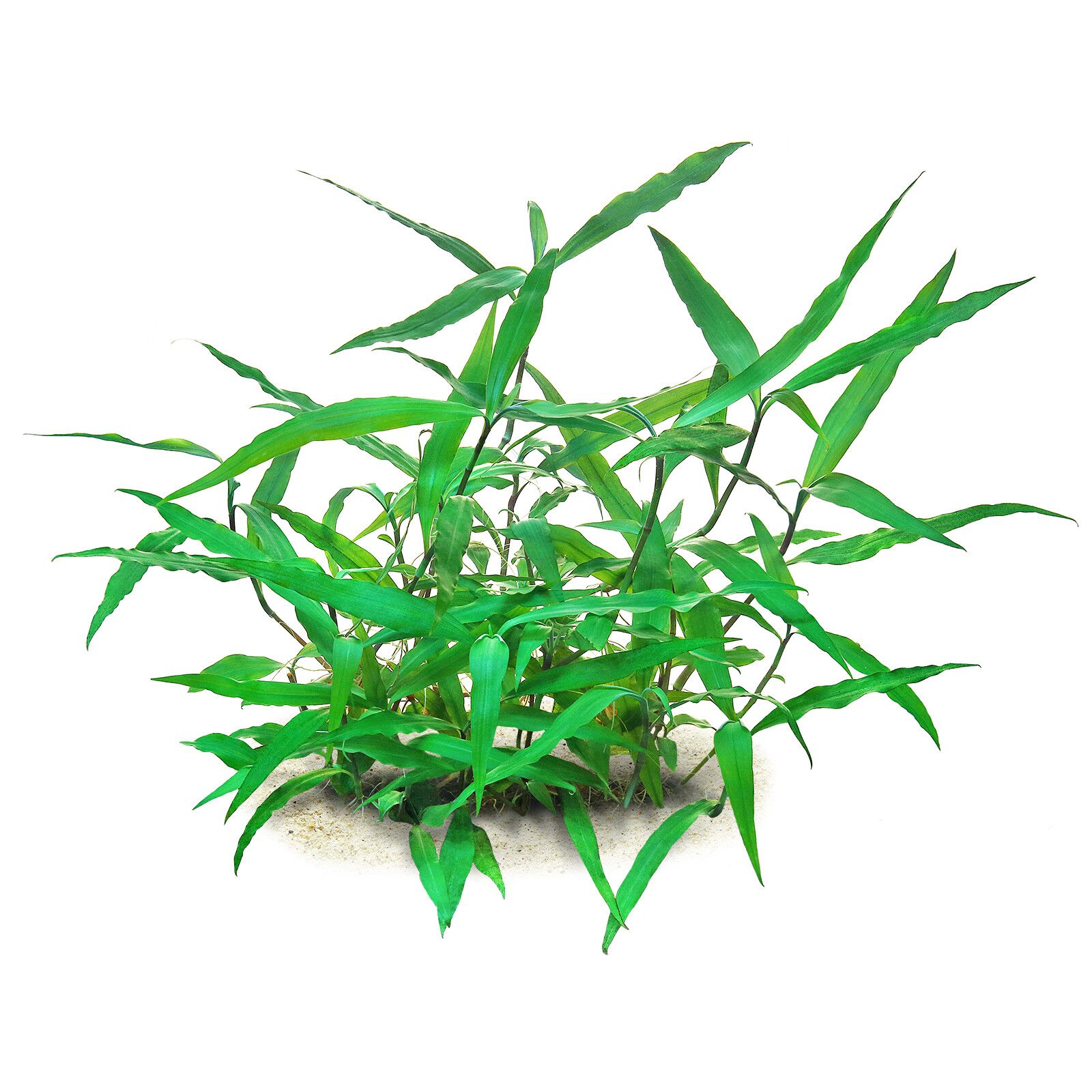 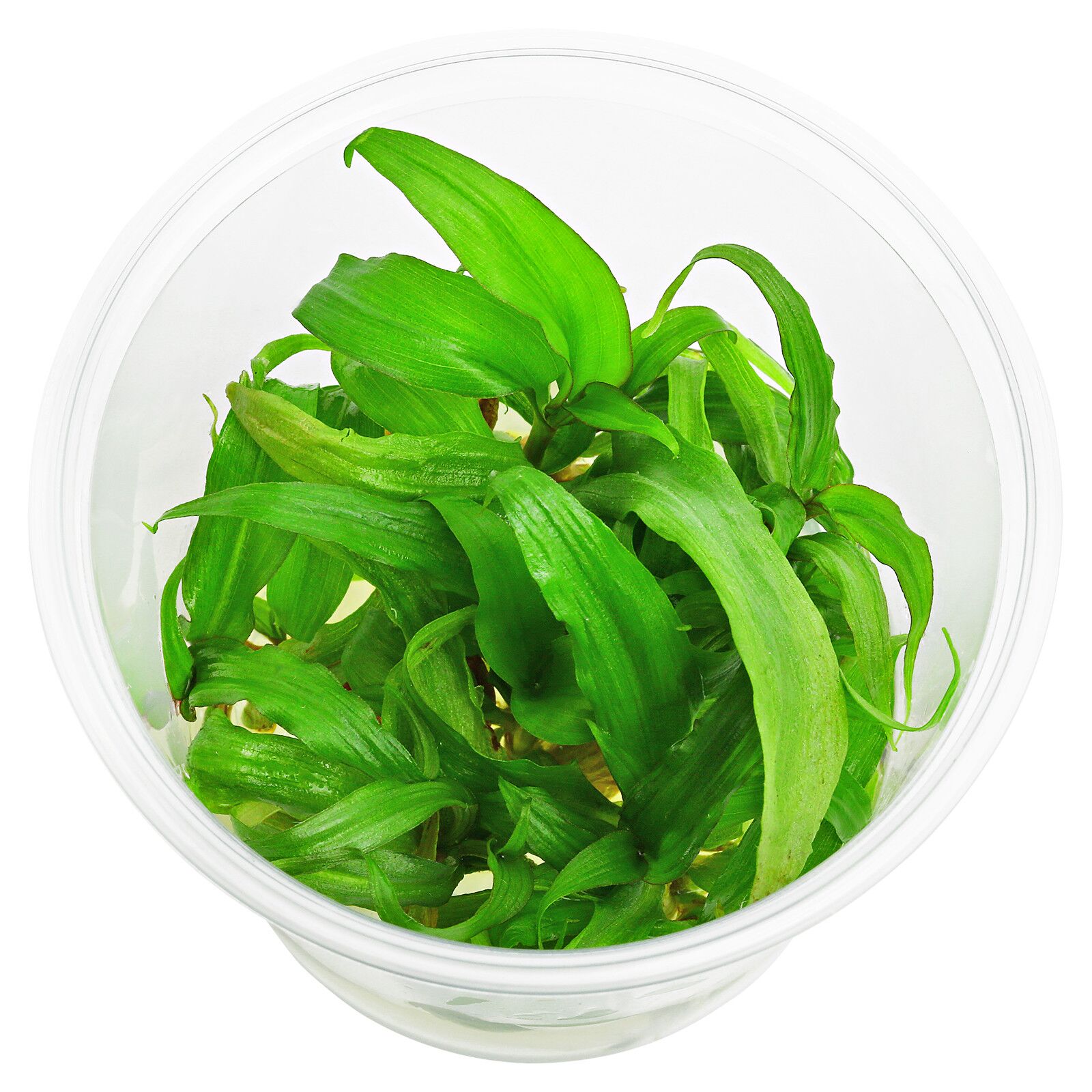 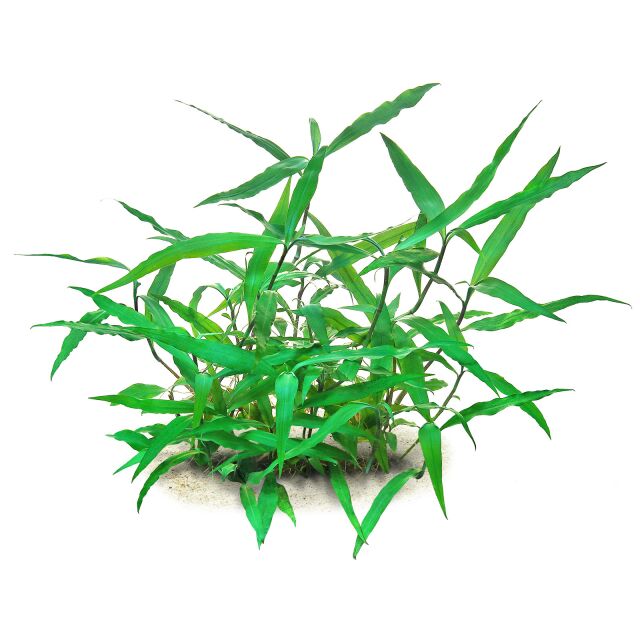 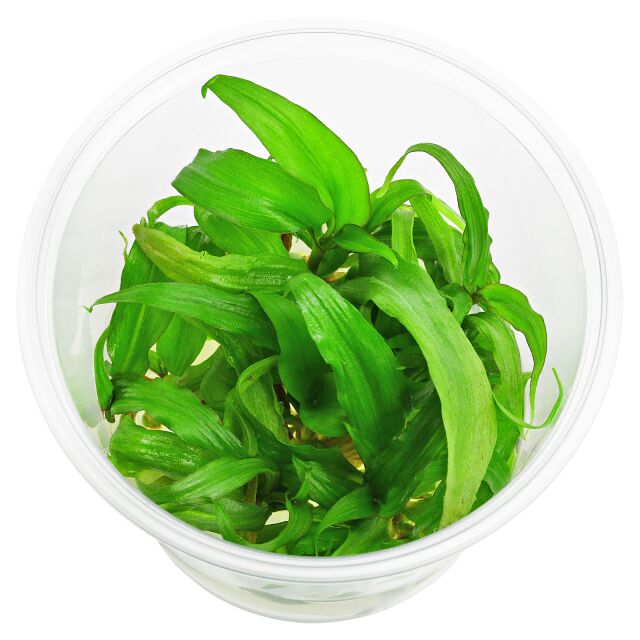 This plant from the Dayflower family (Commelinaceae) was found in the Netherlands in a plant shipment from Cameroon. Up to now, it is apparently virtually unknown in the aquarium hobby. It is probably Floscopa glomerata, an amphibious species of wet places such as riversides and swamps that is widely distributed in tropical Africa. There are several further African Floscopa species that likewise grow in wetlands. Until our plant is reliably determined, we write the name with a "cf.". It is able to grow above and under water. In contrast to Floscopa cf. scandens, F. cf. glomerata does not grow strictly upright. The older stem parts lay down, rooting at the nodes, while the shoot tips grow ascending. Side shoots appear on the nodes. The leaves are narrowly lanceolate, slightly wavy and variable in shape, submerged ones can be be very narrow. The stems are brownish, the leaves medium to - especially in the submerged form - light green, partly also with brownish tones.

We recommend for Floscopa cf. glomerata a good macro- and micronutrient supply, also via the substrate, and CO2 addition. Lack of both may lead to quite short-lived leaves. Moderate lighting is sufficient. Its temperature optimum is still unknown to us, however usual indoor temperatures above 20 °C make sense as the plant comes from the tropical zone. As well as other stem plants, it can be propagated by cuttings of the shoot tips and side shoots.

With its spreading, loose growth, Floscopa cf. glomerata fits well in the aquarium midground. It appears especially interesting for natural setups that imitate a waterside habitat and where the plant is also allowed to grow emersed. Also making the plant bloom would be worth a try. Conspicuous inflorescences with numerous small purple flowers are known from the species Floscopa glomerata.