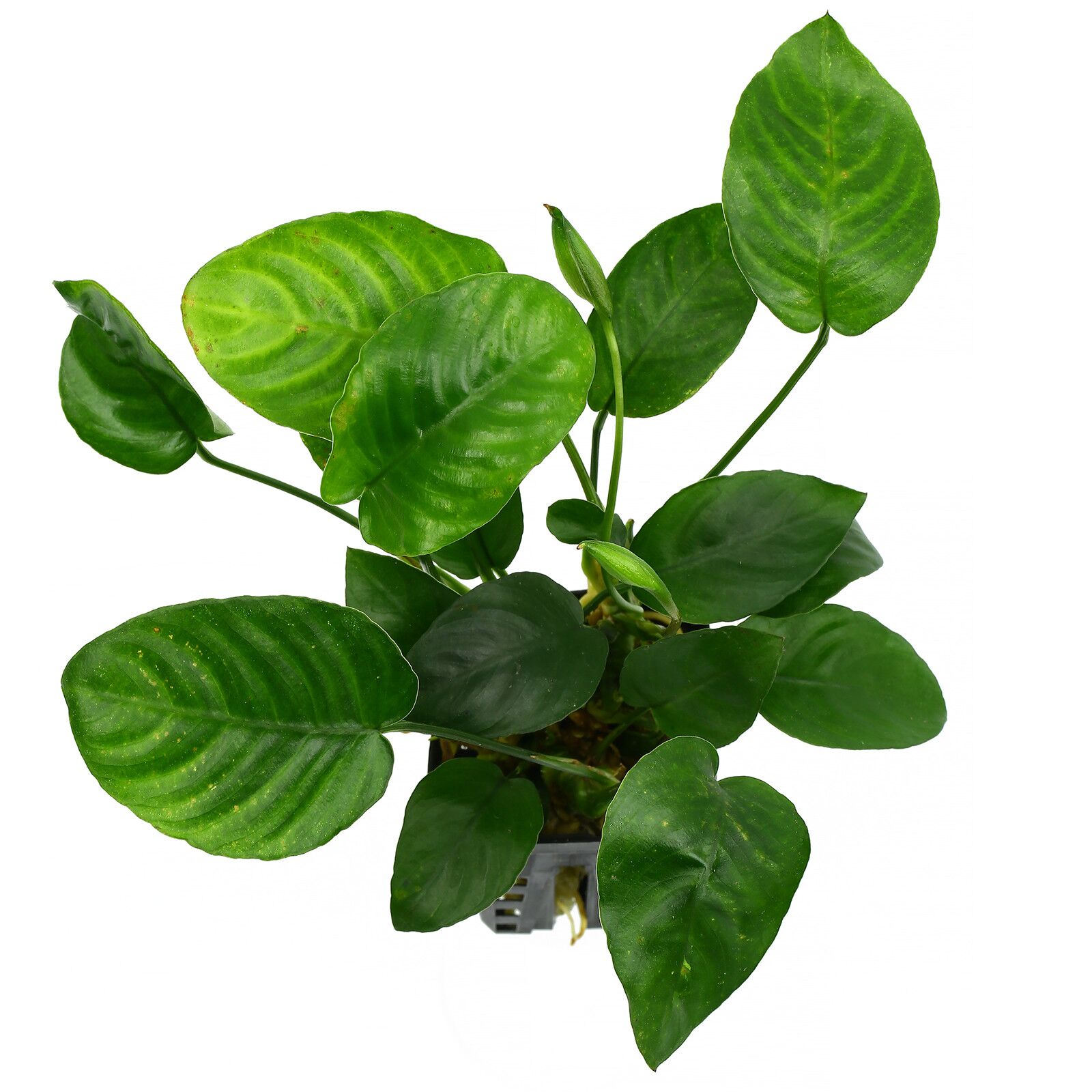 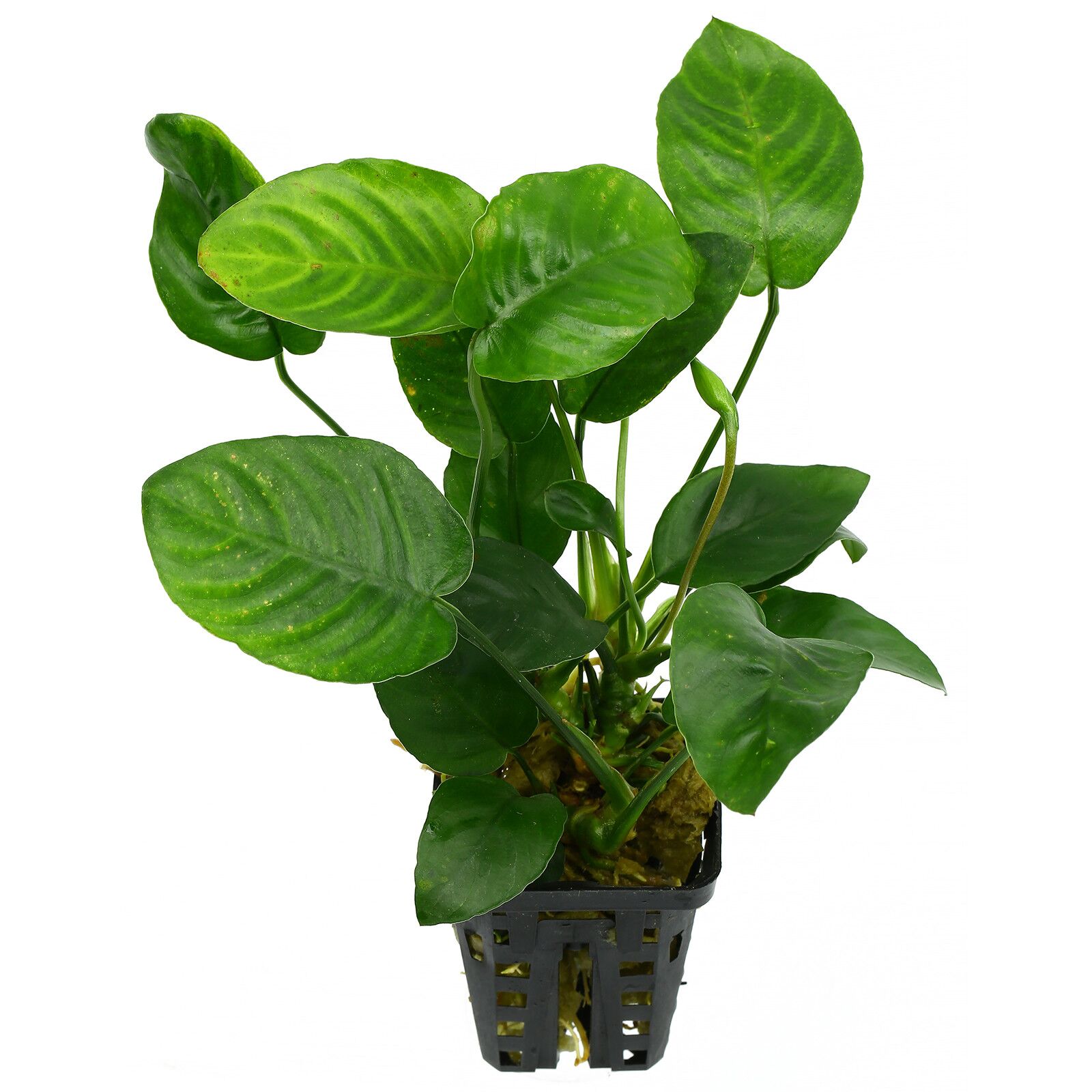 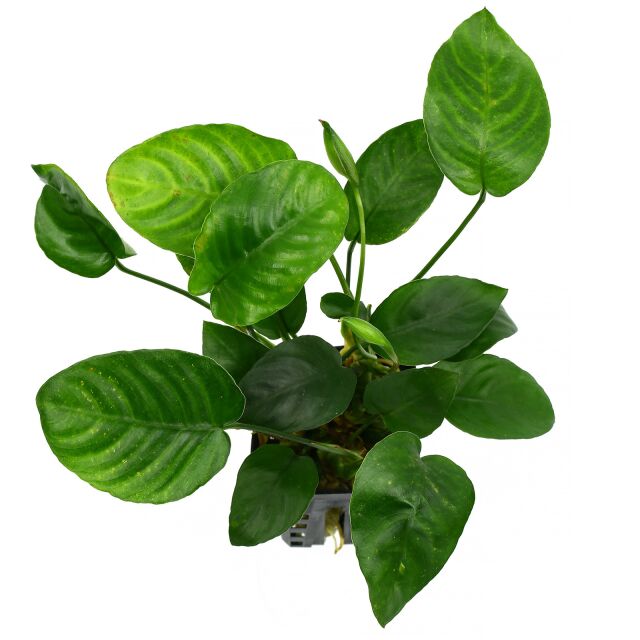 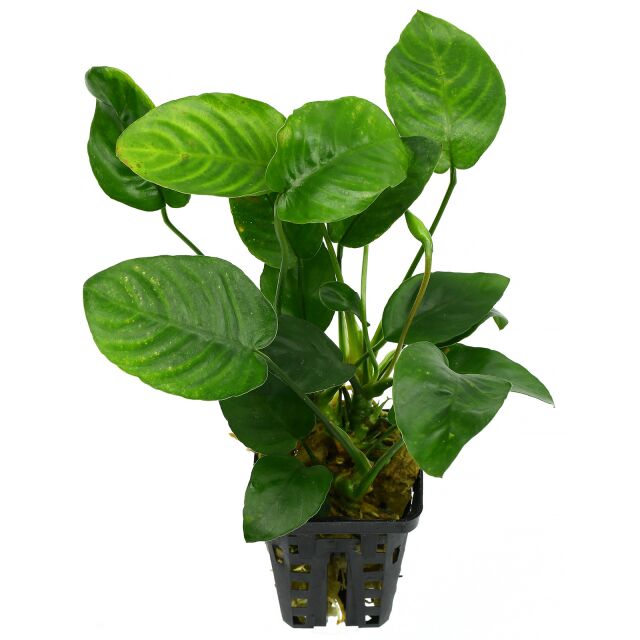 Sign in or Register
Free shipping on orders over € 50.- within Germany Change region
Express delivery possible
1-3 business days - order within the next 10 hours and 22 minutes and well deliver tomorrow at the earliest
I want to order to  confirm
Description About the brand General information Customers ask customers Customer reviews

This Anubias is traded as a novelty under names such as Anubias nana 'Large' or Anubias "Ondulatus". It looks similar to the long known Anubias barteri var. nana but has slightly larger, longer stalked leaves. However it is smaller than Anubias barteri var. barteri. The delivered potted plants are roughly 6 to 11 cm high, their slightly heart-shaped leaf blades are about 4 to 6 cm long.

As well as other Anubias barteri forms, 'Large' is a robust aquarium plant with low light demand. It attaches itself by its roots on hard materials such as rock and driftwood but can also be fastened to the ground. However its rhizomes must not be buried into the ground, because otherwise they could rot.