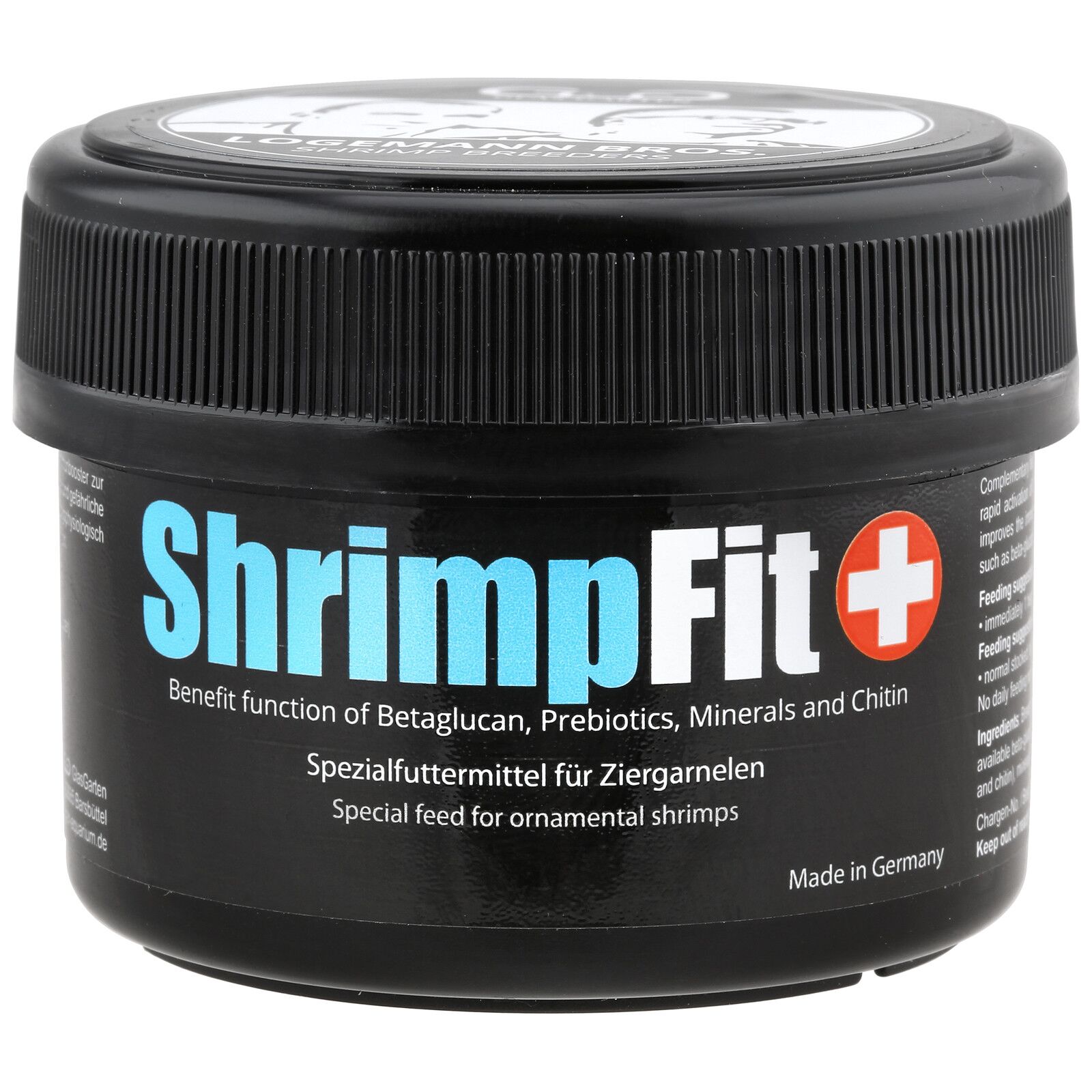 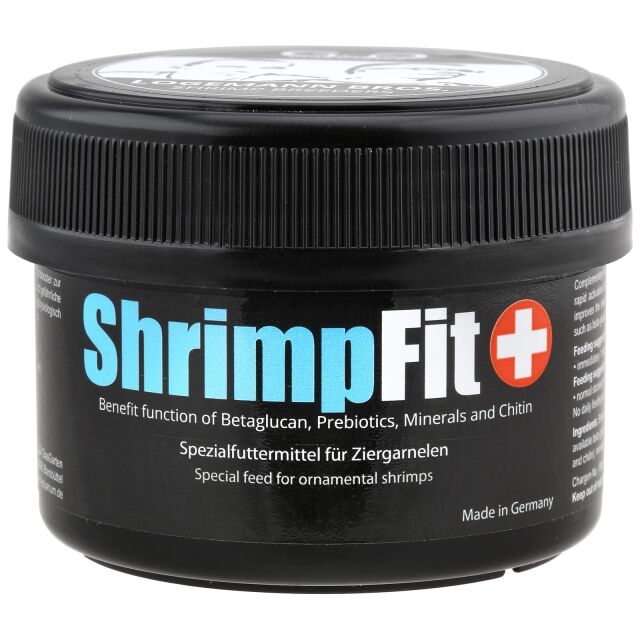 Sign in or Register
Free shipping on orders over € 50.- within Germany Change region
Express delivery possible
1-3 business days - order within the next 4 hours and 42 minutes and well deliver tomorrow at the earliest
I want to order to  confirm
Description Features Application Note Composition Analytical components About the brand General information Customers ask customers Customer reviews

Supplementary feed for ornamental shrimp. Shrimp Fit is a special feed and immune system booster to protect against and combat pathogens and dangerous bacteria. Through its bacteriostatic effect, Shrimp Fit binds and deactivates toxins and pathogens particularly efficiently, activates and promotes the formation of immune forces, provides a natural protective film on the intestinal mucosa of small aquarium inhabitants and thereby reduces the loss rates in the tank.

To optimize the effect of the contained beta glucan, no other food should be added a few hours before and after the addition of GlasGarten ShrimpFit. Overdosage or too frequent addition should be avoided as the ingredients of ShrimpFit remain available in the aquarium for several days.

GlasGarten stands for aquaristics with a passion. In the aquascaping hobby, the low-iron glass tanks made by GlasGarten have long gained a lot of popularity, and their soil substrate has also earned a very good reputation with aquascapers, shrimp breeders and planted tank enthusiasts. The new food line as well as the water additives sold by GlasGarten are of the same high quality as the other products of this brand. They can be used in tanks dedicated to shrimp breeding and shrimp keeping as well as in aquascapes and planted tanks in general.