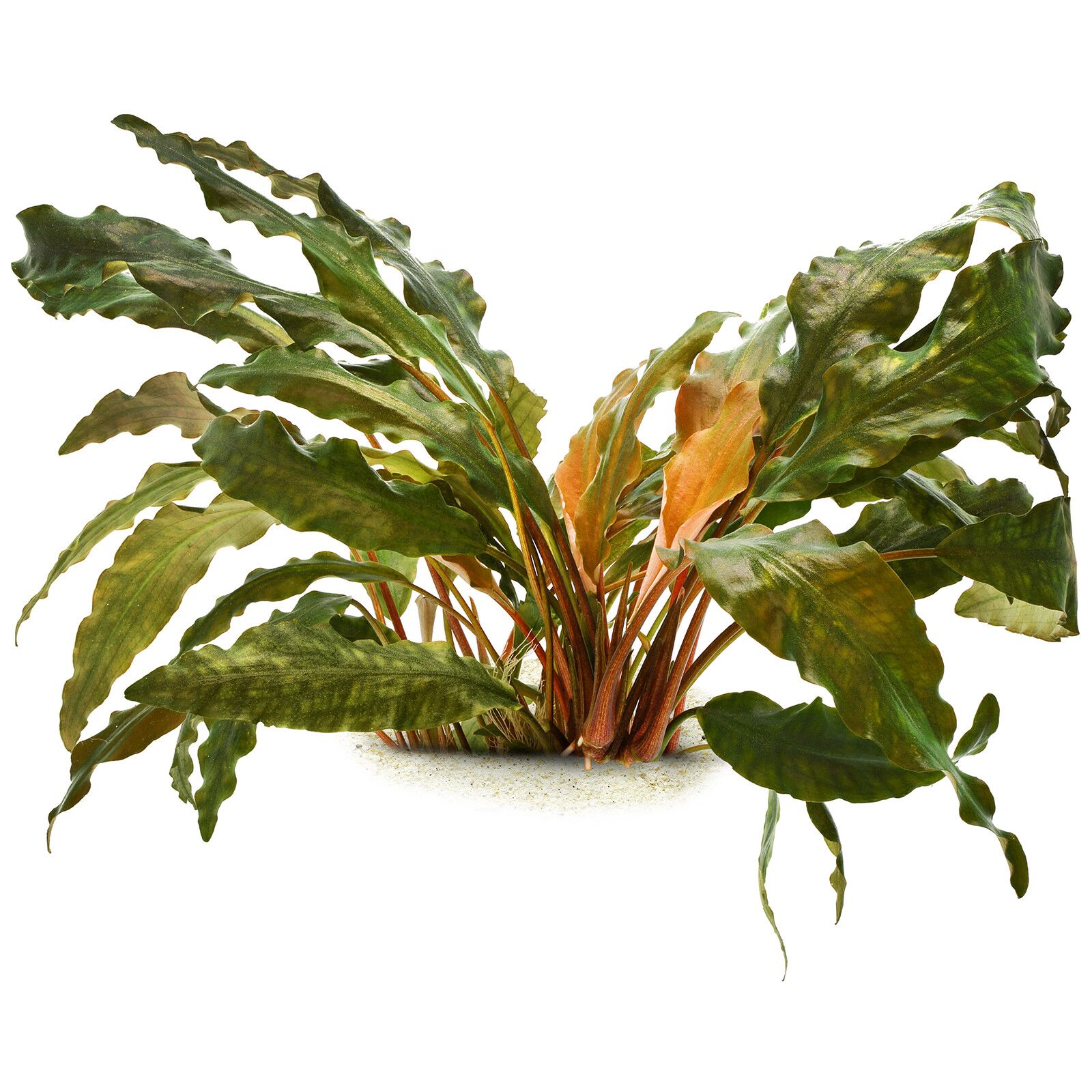 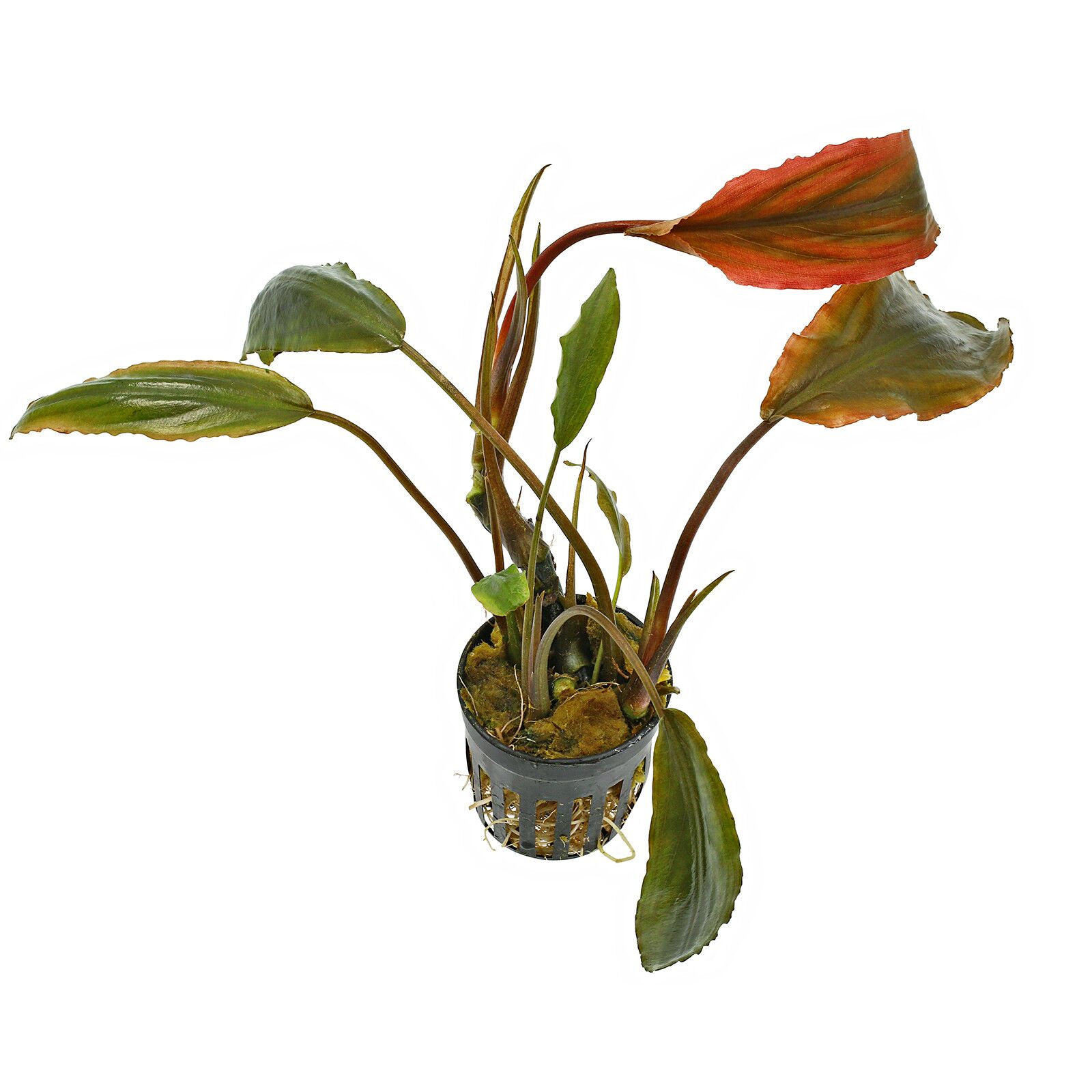 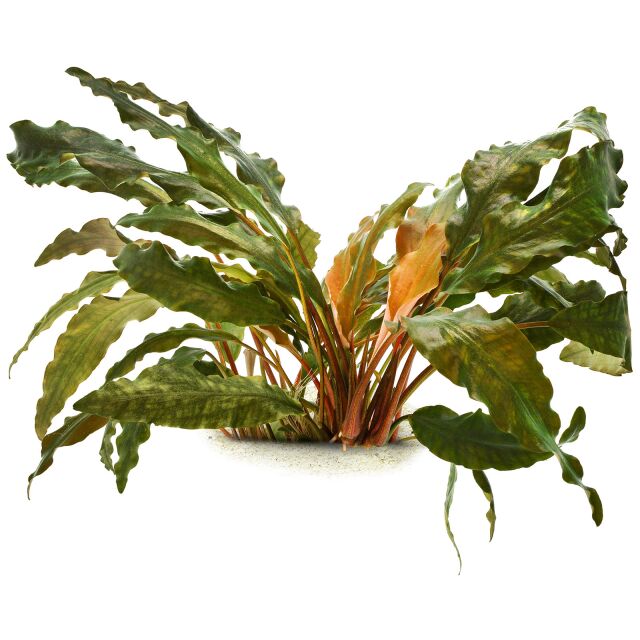 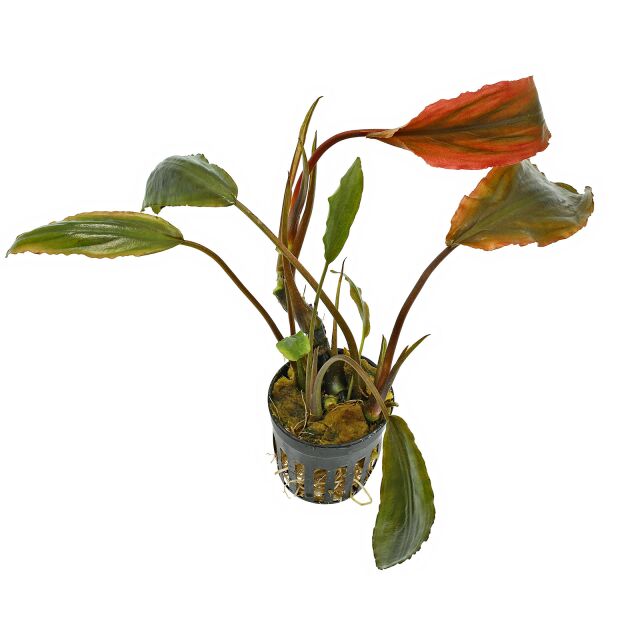 This interesting aquarium plant was introduced from Japan as "Lagenandra keralensis" but turned out as Lagenandra meeboldii by its inflorescences, a very variable species from southwestern India. However it differs much from the customary Lagenandra meeboldii forms. We call it provisionally Lagenandra meeboldii "Kerala".
With its soft, lanceolate, wavy leaves, it could be taken for a big Cryptocoryne. New submerged leaves show red-brown colours, later changing in a dark olive-green. In its terrestrial form, the leaves have especially attractive red-brown tones and a glossy upper surface.

Lagenandra meeboldii "Kerala" is well suitable as aquarium plant and grows relatively slowly. The thick, branched rhizomes creep above the bottom, and the plant develops dense leaf bushes with time. In contrast to similar Cryptocorynes it does not spread unchecked by long underground runners. Moderate lighting is sufficient, a nutrient-rich bottom is recommendable. As well as other Lagenandras, the plant can be multiplied by cutting of branches and main shoots of the rhizome.

This Lagenandra is very decorative as a solitary plant or small group in the midground, in smaller tanks also in the background. It is an alternative to similar forms of Cryptocoryne cordata var. siamensis.

This item has been rated 4.5 out of 5 stars
2 Reviews
Please sign in if you want to write a review. Sign in
I. S.
Really really beautiful

This Lagenandra in three months made only one leaf. A pink and beautiful leaf. It appears to grow slower than normal meeboldii. (read more)

This Lagenandra in three months made only one leaf. A pink and beautiful leaf. It appears to grow slower than normal meeboldii.