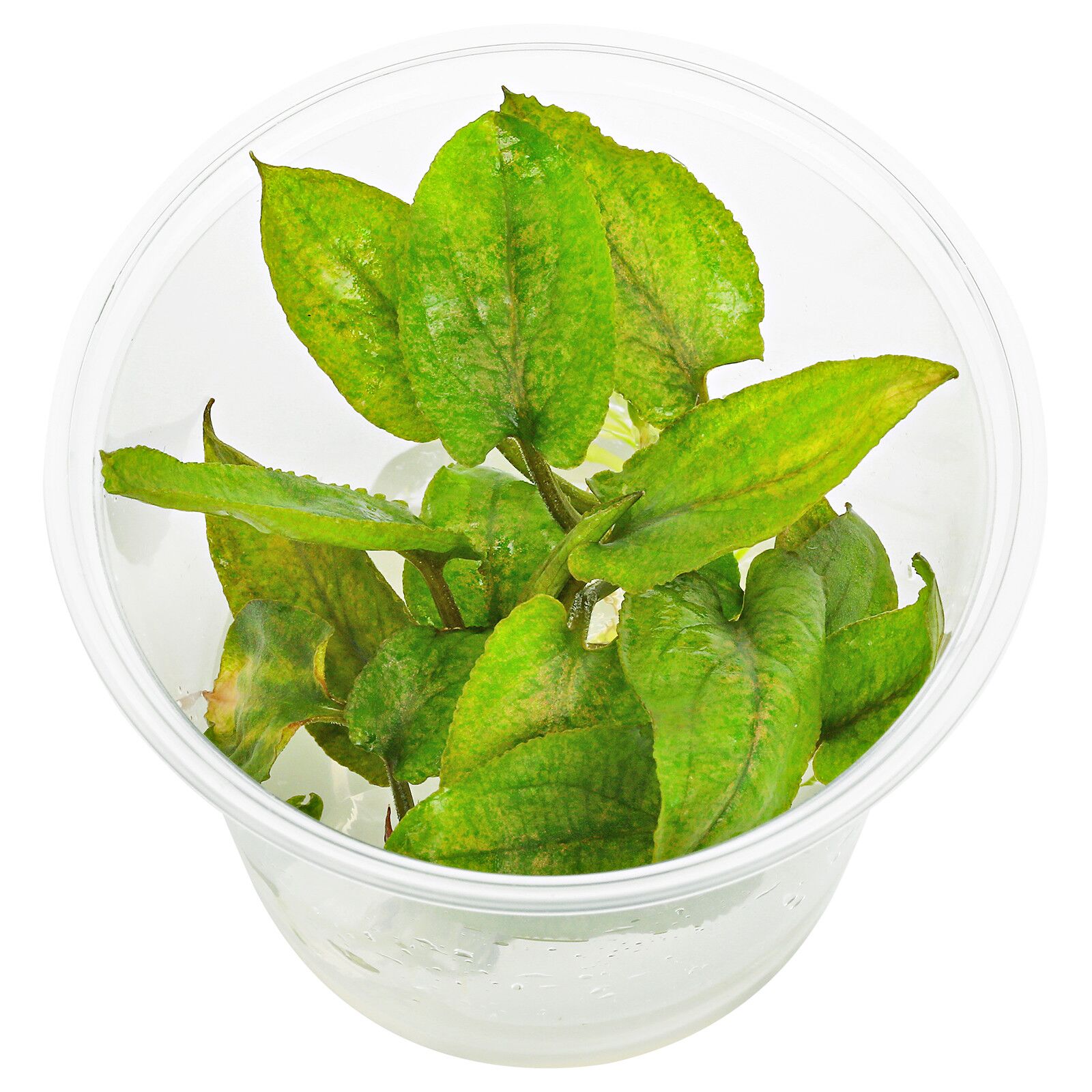 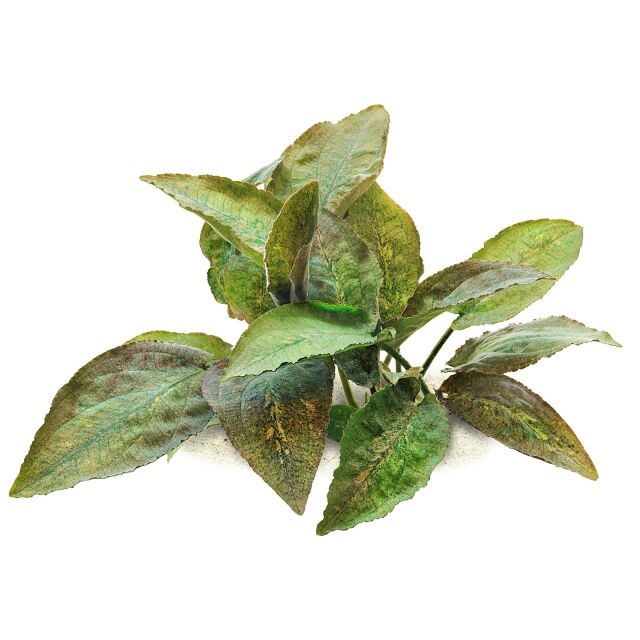 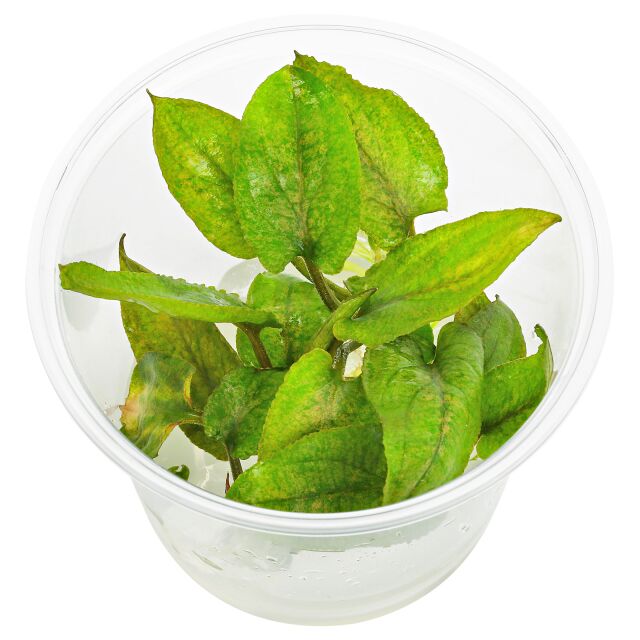 Lagenandra keralensis is a remarkable species from Kerala state in southwestern India that was scientifically described in 2001. It was until recently not at all known from cultivation, but surprisingly it is offered as tissue-cultured (in-vitro) plant by the Japanese company ADA. This species is not to be confused with an aquarium plant that is erroneously called "Lagenandra keralensis" and turned out as a narrow-leaved Lagenandra meeboldii form (see Lagenandra meeboldii "Kerala"). The true Lagenandra keralensis resembles broad-leaved forms of L. meeboldii but differs mainly in inflorescence features. The ovate leaves, sitting on a creeping rhizome, show brown tones. They have a finely ruffled margin and are covered with short hairs. According to the original species description, the leaf blades are 2,7-7 cm and the leaf stalks 2-7 cm long.

Until now, virtually no information about the aquarium culture of Lagenandra keralensis is available. This species occurs naturally on shady stream banks, as well as several other Lagenandra species. Its requirements are probably comparable with those of Lagenandra meeboldii. We recommend medium lighting, good water current, CO2 injection and well-balanced macro- and micronutrient supply, also via the substrate. Its emersed culture should work with a moist to wet substrate and high air humidity.