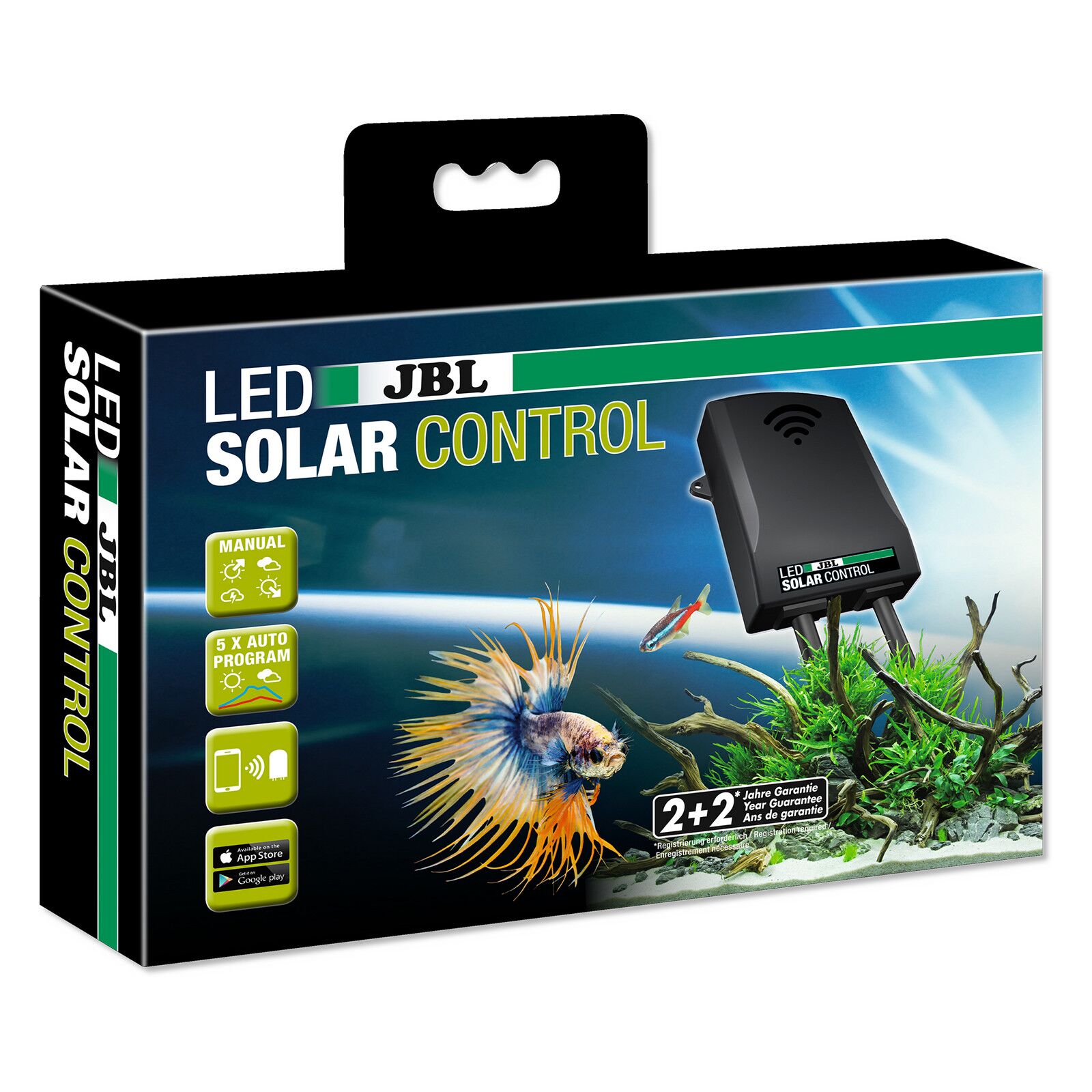 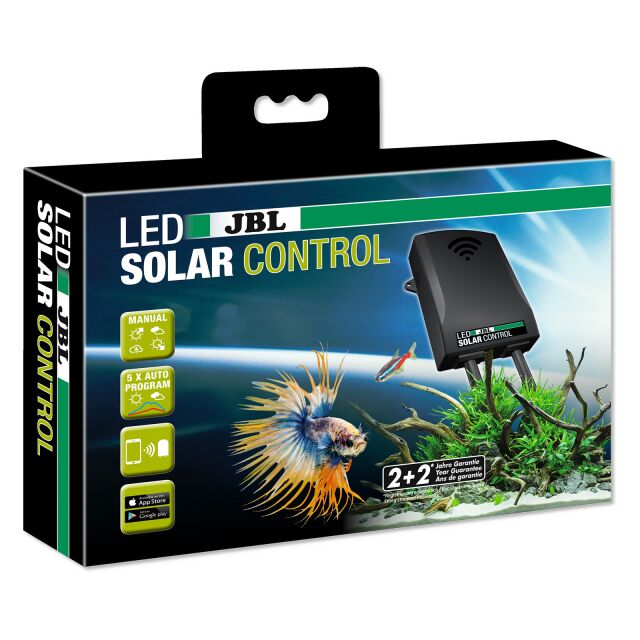 (Not rated yet)
In stock, only 4 left
As a registered customer you can get notified via e-mail when that product is back in stock.

Sign in or Register
Free shipping on orders over € 50.- within Germany Change region
Express delivery possible
2-4 business days - order within the next 3 hours and 31 minutes and well deliver Wednesday at the earliest
I want to order to  confirm
Description Lamps compatible with JBL - LED Solar Control - WiFi Attributes About the brand General information Customer reviews

Thunderstorms and clouds are very naturally emulated and randomly controlled. The JBL - LED Solar Control - WiFi also has a special programme for heavily planted aquariums and aquascapes with a combination of RGB colour splendour and more intense light intensity. After installing the SOLAR Natur and Effect LEDs, it is also possible to call up an optional acclimatisation mode via the JBL - LED Solar Control - WiFi, which enables the plants to better survive a switch from e.g. fluorescent tubes to the more intensive LEDs.

JBL is a German company with a long tradition and a vast product range for aquarium enthusiasts. From high-quality fish and shrimp food over external filters to aquatic plant fertilisers - JBL offers an enormous choice for every aquarium keeper.

The research and development department of JBL constantly brings new innovative products onto the market. No matter whether you are an aquascaper, fish keeper, shrimp keeper or planted tank enthusiast, JBL offers suitable tools and accessories for all of these aspects of the hobby in order to support aquarium enthusiasts with the set-up and maintenance of their tanks.