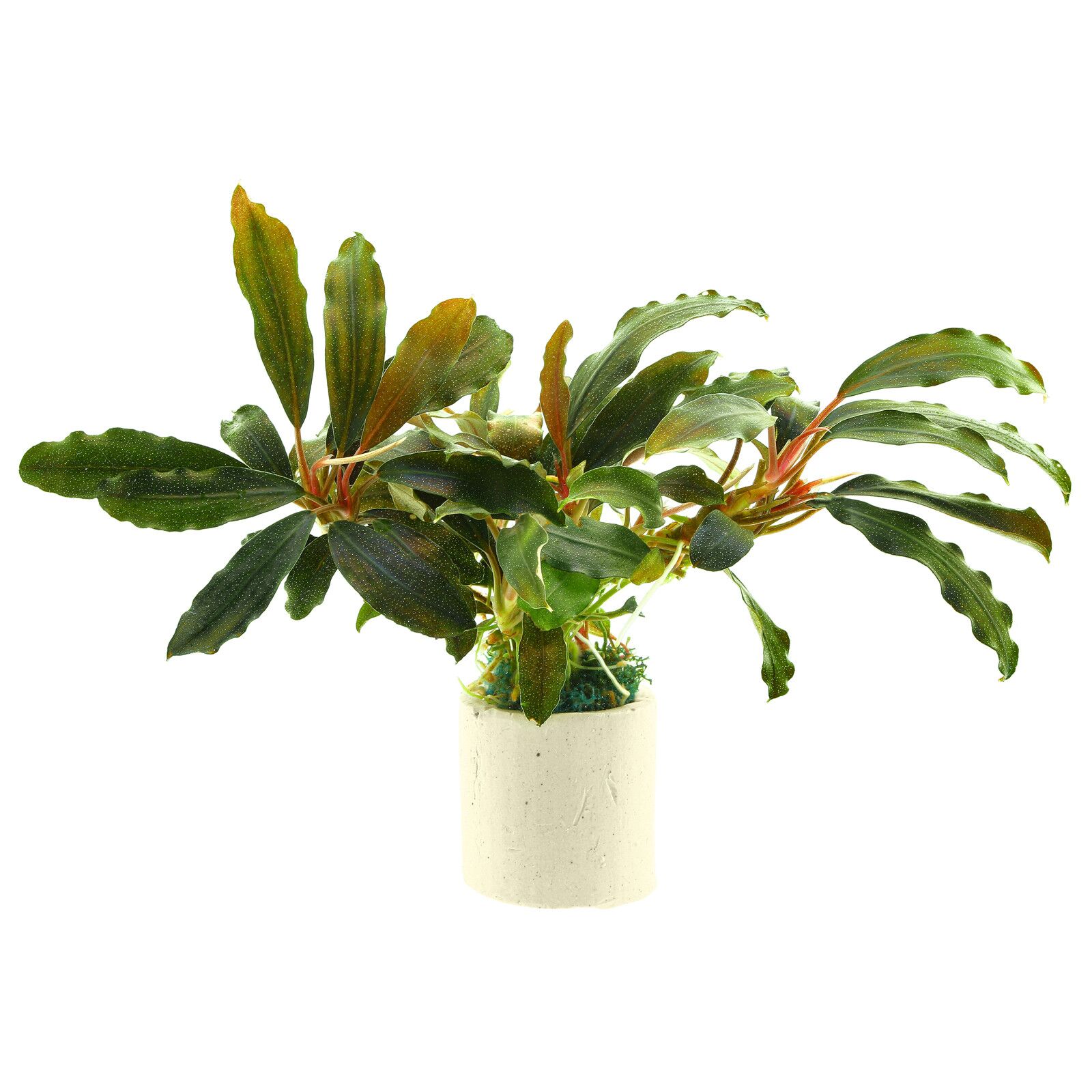 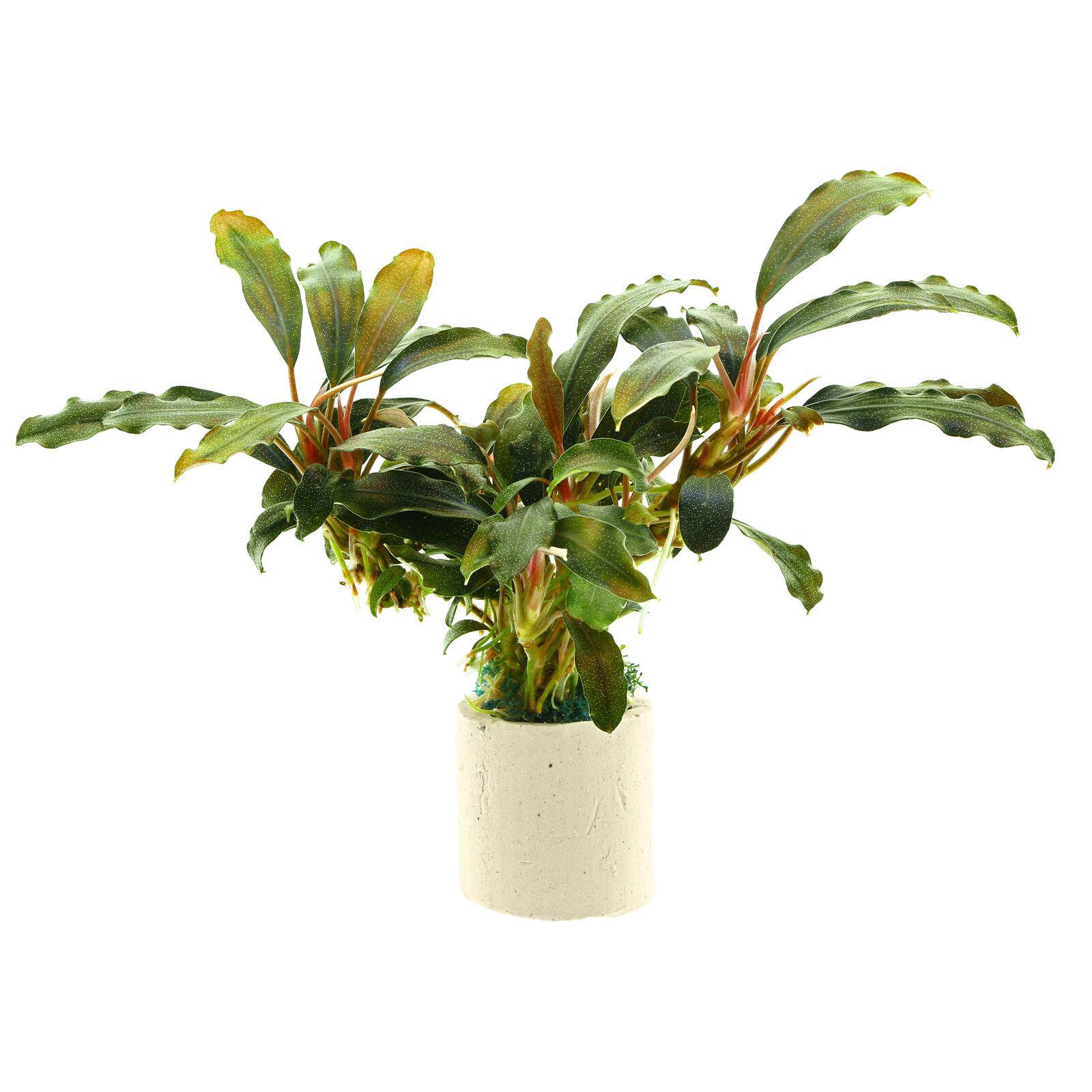 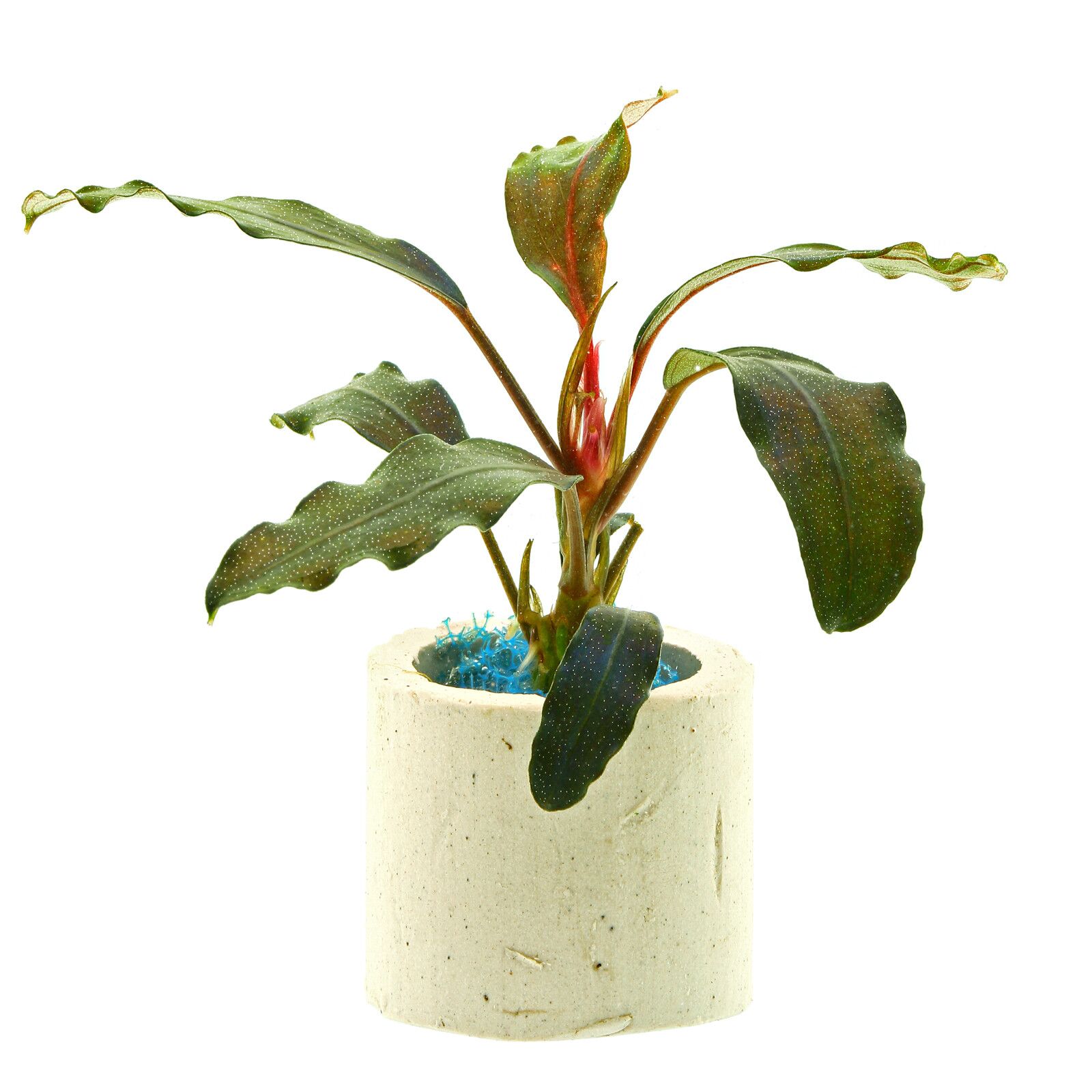 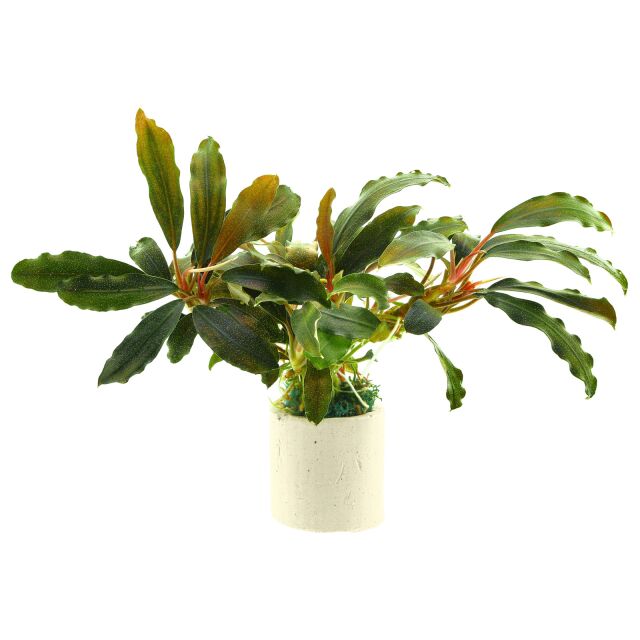 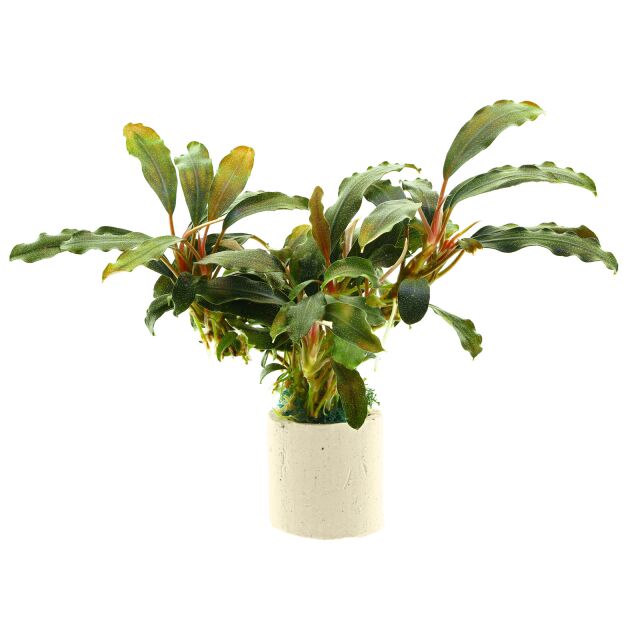 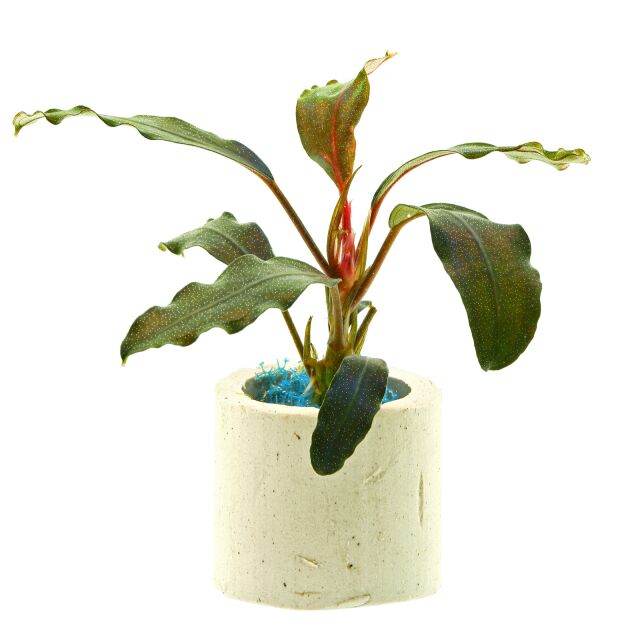 We received this medium-sized, distinctive Bucephalandra form under the trading name "Theia Superblue". Its species identity and exact origin are unknown to us; as well as all Bucephalandras, it occurs in the flood zone of fast-flowing streams on Borneo.
This variant has to about 5,5 cm long, 1,3 cm wide leaf blades with slightly wavy margin and 1,5 cm long leaf stalks. The shiny upper sides of the leaves show red-brown to dark brown-green tones, partly with bluish sheen. In submerged culture, the 2-3 mm thick rhizomes grow adscendent to upright and develop many side shoots. The plant forms a dense, at least 8 cm high bush with time. Compared to certain other Bucephalandras, this form doesn't grow too slowly.

As well as other Bucephalandras, "Theia Superblue" attaches itself to hard materials such as rock and driftwood. It can be attached to the hardscape, but also to the ground as long as the rhizome is not buried. At least medium lighting and constant nutrient and CO2 supply are recommendable. Occasional pruning of shoots promotes the branching of the rhizoms.

Bucephalandra sp. "Super Blue" looks especially attractive as a larger stand in the aquarium midground, on rock and driftwood. With its medium size it fits well in nano tanks as well as larger aquariums.