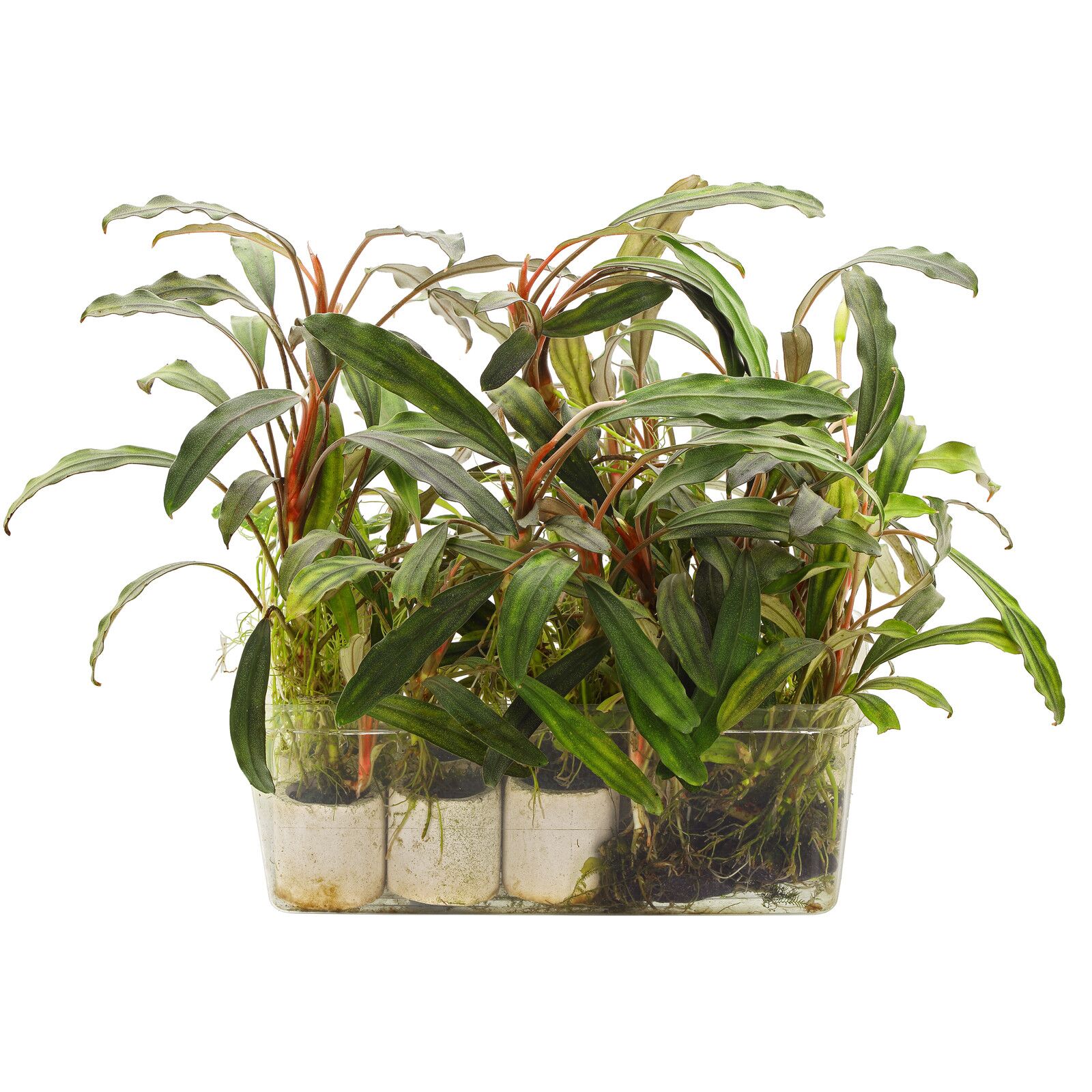 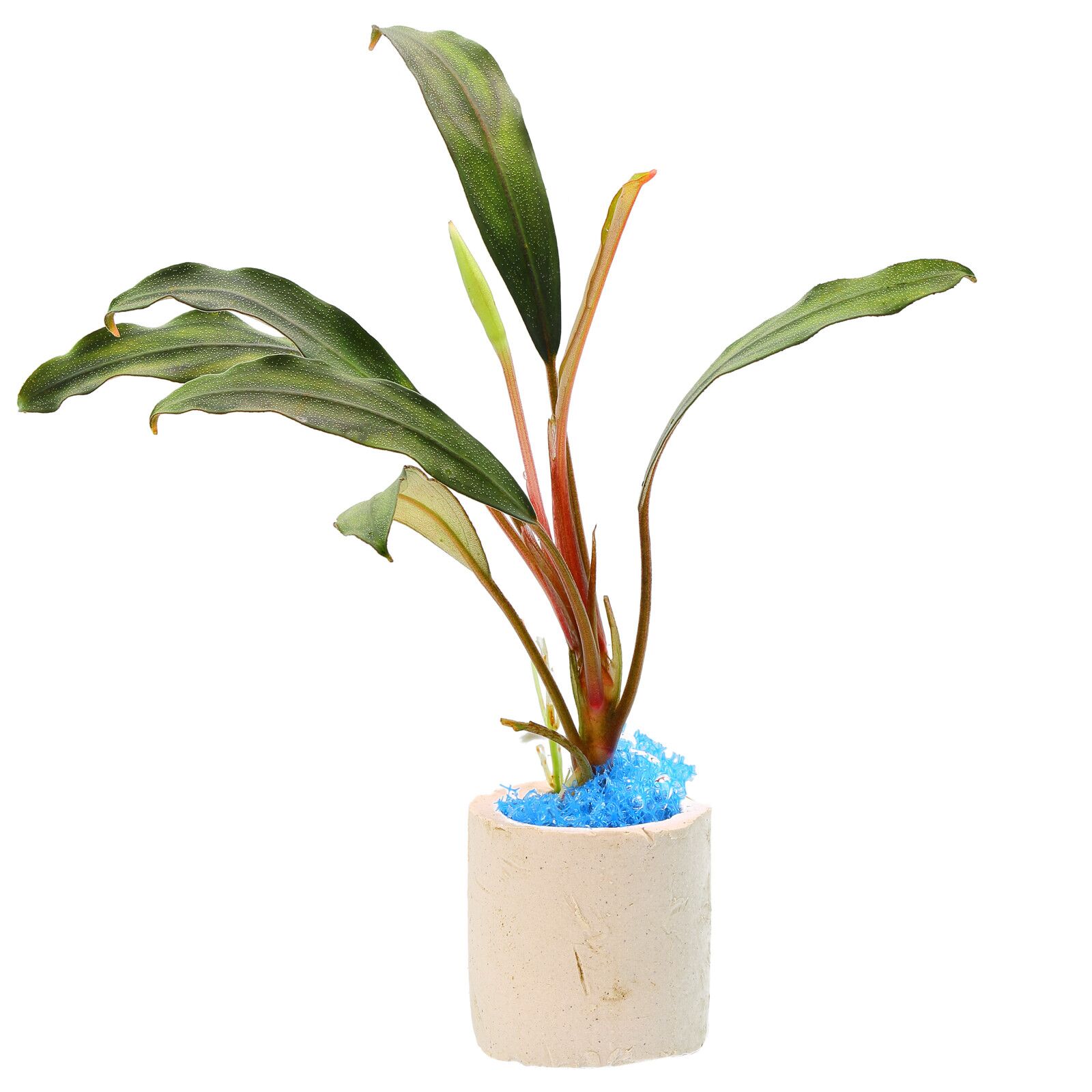 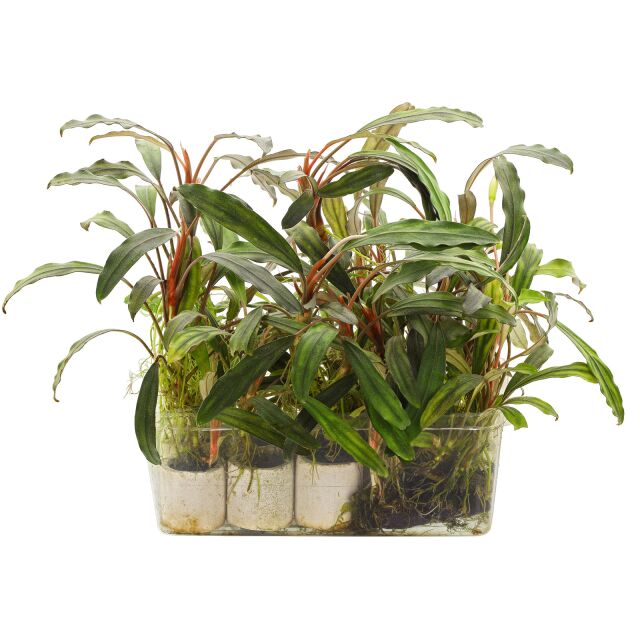 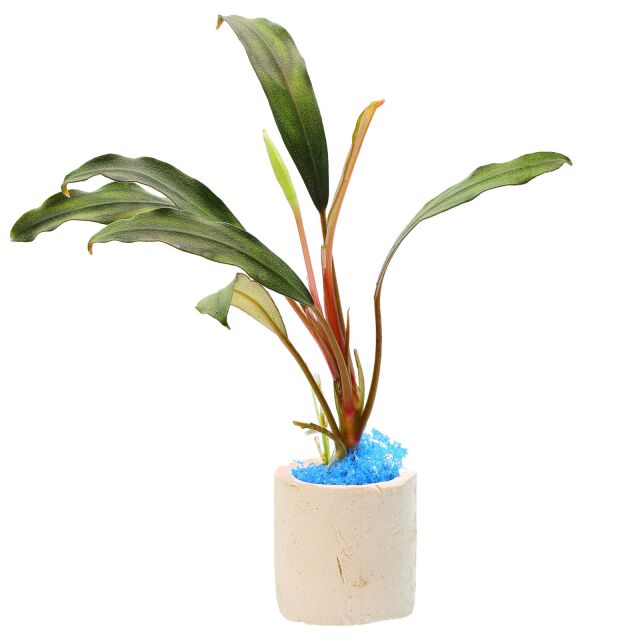 Bucephalandra sp. "Riam Seterap" is a still undetermined Bucephalandra form from Sanggau regency in Kalimantan (Indonesian part of Borneo). From 2011 on we propagate this plant in our aquariums. "Riam Seterap" is a bigger Bucephalandra with strong rhizoms. It is very similar to B. sp. "Pancur Aji" but has narrower leaves. The elongate, dark green leaves have a leathery texture. Above as well as under water, this plant occasionally develops its attractive inflorescences with white spathe.

This very slowly growing epiphyte looks best with low to medium lighting and good CO2 and nutrient supply. The submerged plant develops an upright, branched, stem-like rhizome. Occasional cutting of the main shoots promotes the development of branches on the stems. The cuttings may be tightened to the hardscape and will attach themselves by their roots. The plant can also be fastened to the ground, however the rhizomes should not be buried in order to prevent rotting.

Bucephalandra sp. "Riam Seterap" looks best as a group of many shoots on the hardscape, in the midground of the aquarium. It can be combined with other epiphytes such as mosses.