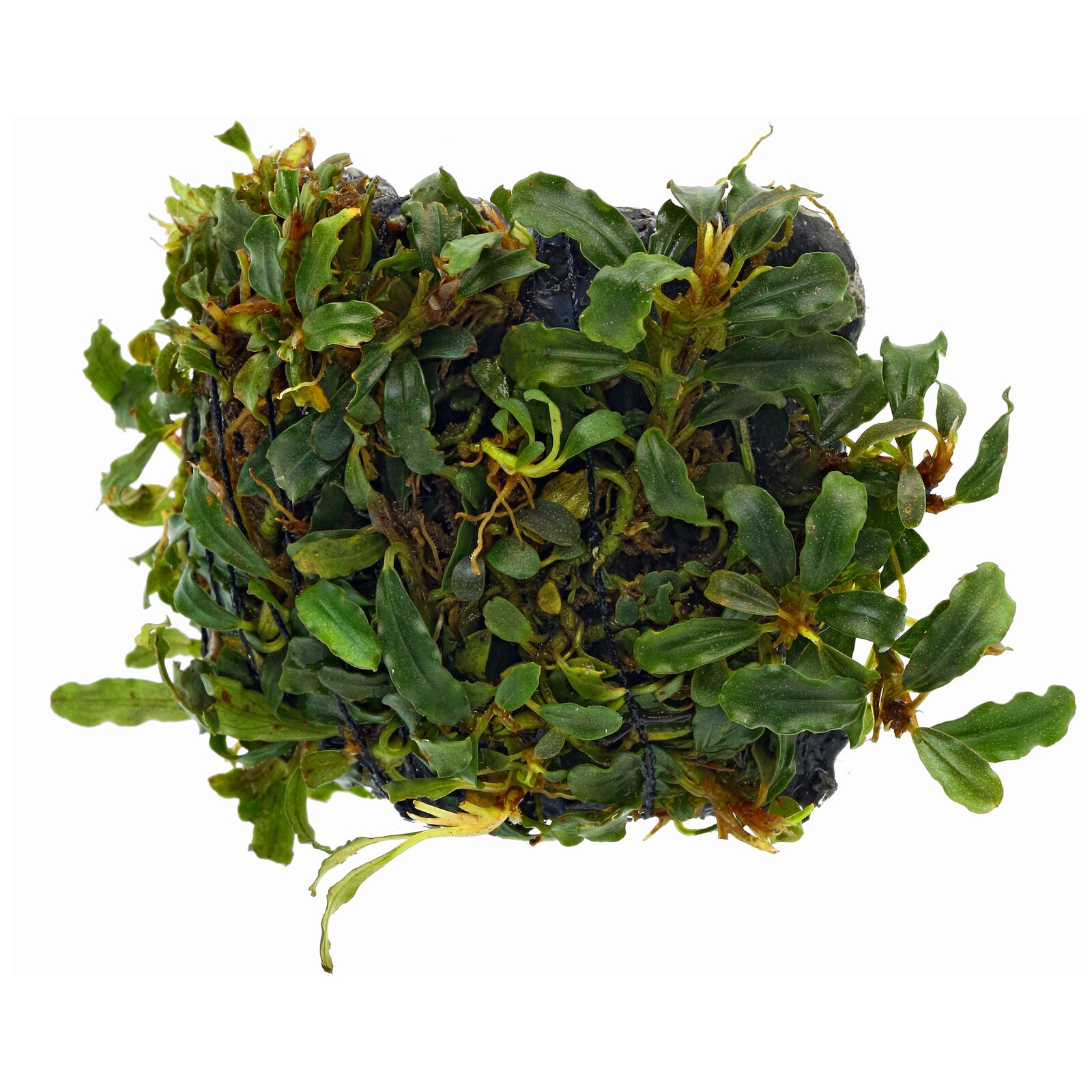 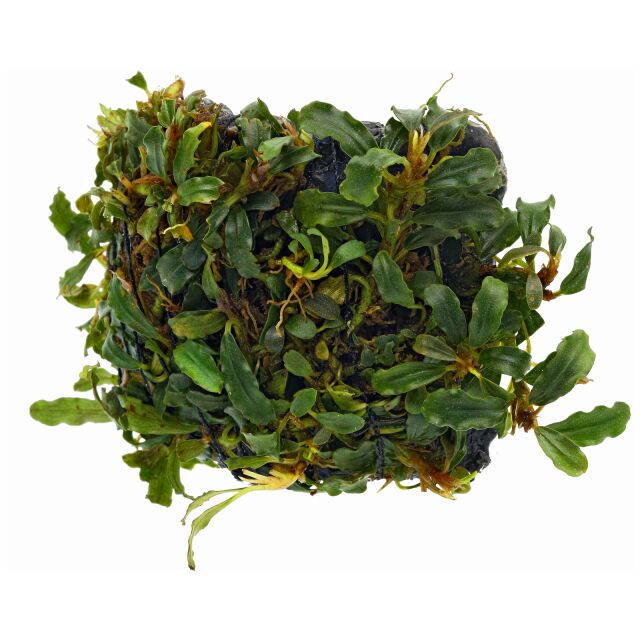 This neat, especially small-leaved Bucephalandra form is apparently named after the Melawi region in West Kalimantan, an indication of its possible origin. From its appearance it could belong to Bucephalandra pygmaea. As well as all Bucephalandras, it occurs as a rheophyte (adapted to strong current) on rock in the flood zone of rainforest streams. Its dark-green leaves are just 1,5 cm long. They are rounded at the tip and taper towards the very short stalk. With time, the plants forms a compact mat by its branched rhizomes.
This Bucephalandra is produced in water plant nurseries in Indonesia where it is delivered in bundles or tied on plates (pads).