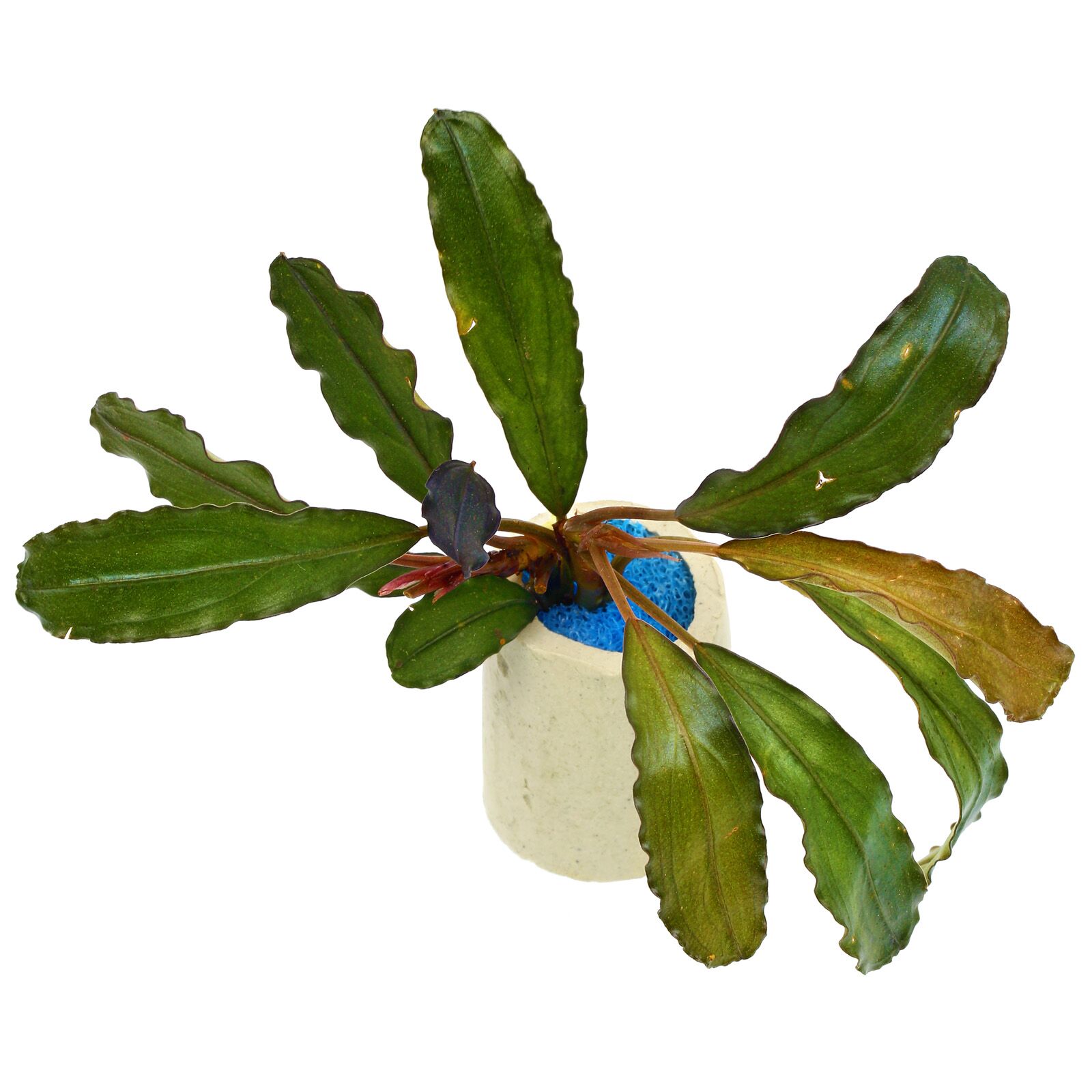 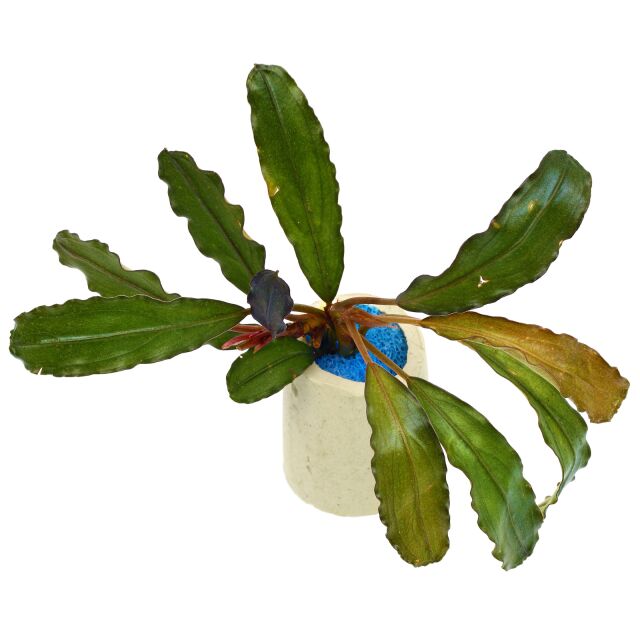 This rather large Bucephalandra is produced in an Indonesian water plant nursery under the trading name "Io Black" that apparently refers to the Greek mythological figure Io. Its exact origin and species belonging is unknown to us, but as well as all Bucephalandras, it originates from Borneo island, growing as a rheophyte (adapted to strong current) on rock in the flood zone of rainforest streams. Bucephalandra sp. "Io Black" has broadly elliptic, wavy, about 4,5 cm long leaves in dark green tones on a strong rhizome.