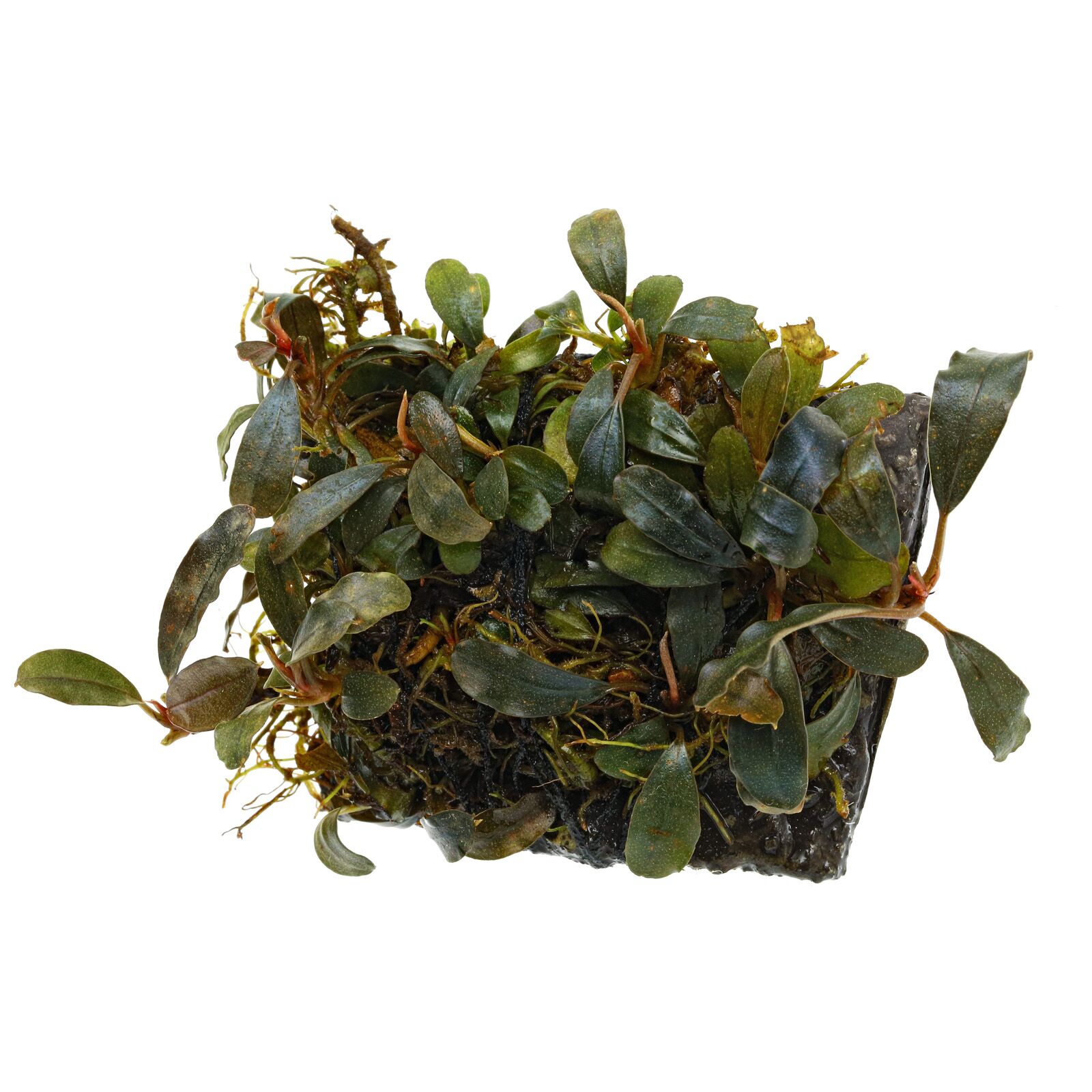 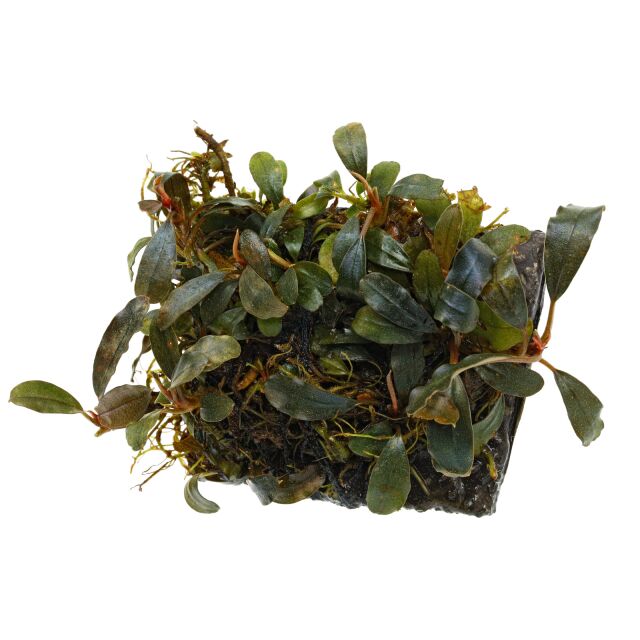 This plant is produced in an Indonesian nursery under the trading name "Mini Catherine", however it rather looks like variants that are traded as "Brownie". Therefore we decided to label this plant with the latter name. Its exact origin and species belonging is unknown to us, but as well as all Bucephalandras, it originates from Borneo island, growing as a rheophyte (adapted to strong current) on rock in the flood zone of rainforest streams.
This Bucephalandra variant is rather small, with obovate to elongate leaves that are dark olive green to red-brown tones. The plants are tied on plates (pads), each pad with many single plants.