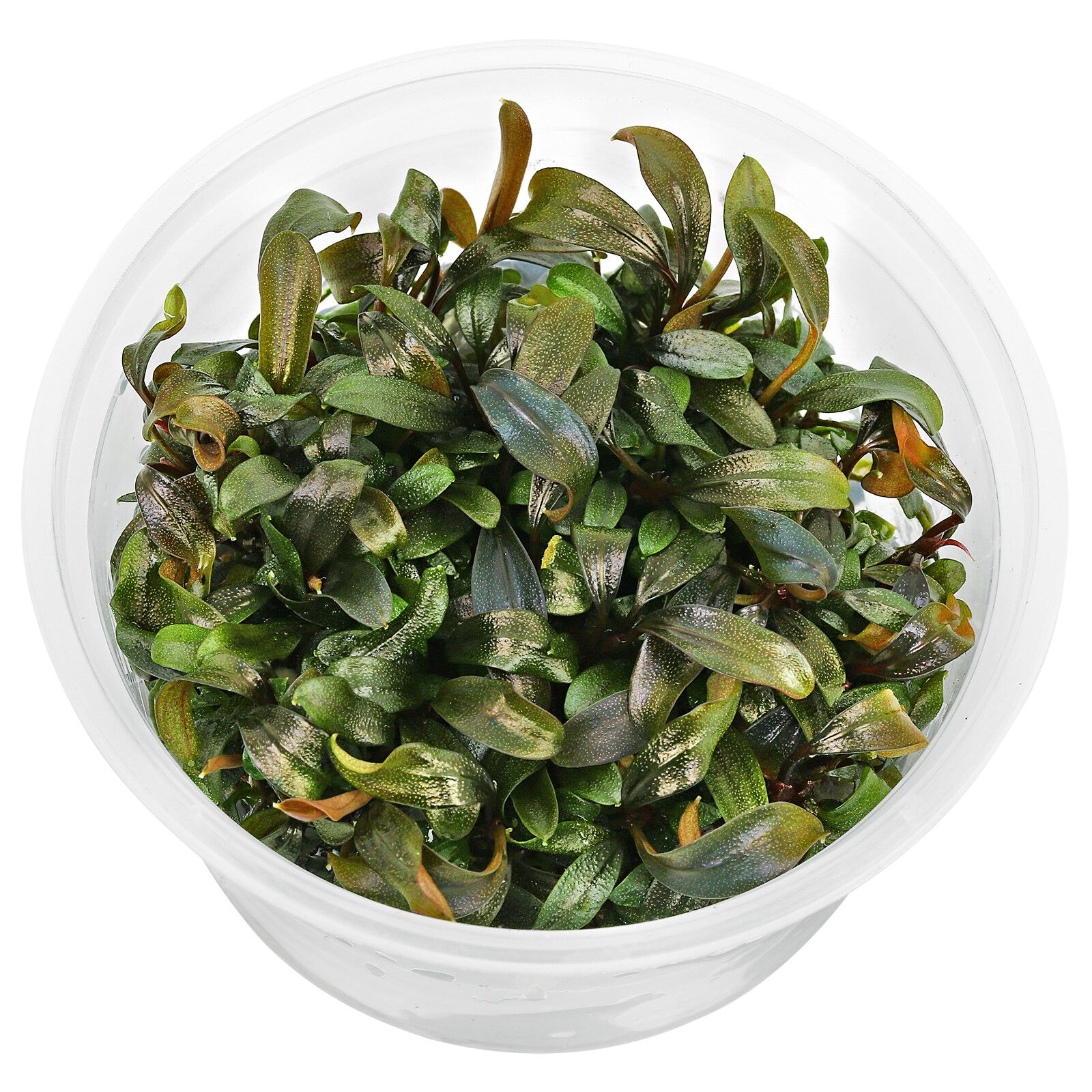 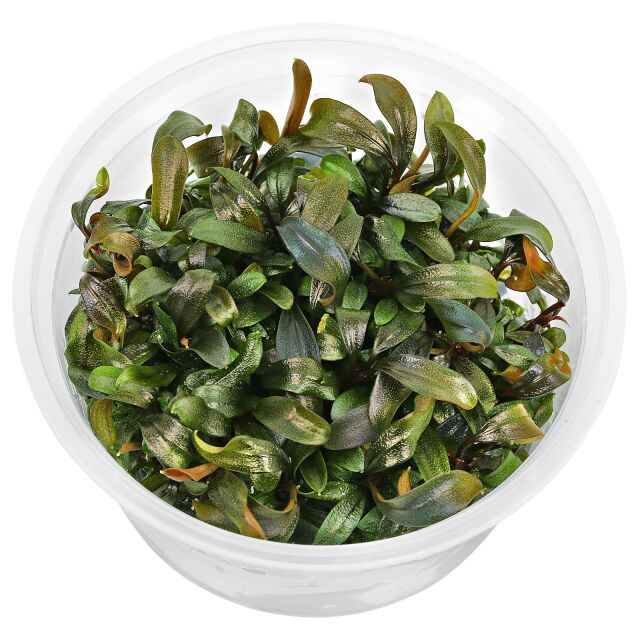 An especially beautiful and sought-after Bucephalandra form is known under the trading name "Brownie Ghost". It probably belongs to Bucephalandra pygmaea and was found between 2011 and 2012 in Kalimantan. It was produced in small quantities by hobbyists for a long time, but recently it is available as tissue-cultured plant in the EcoScape product line of Aquaflora company.
This Bucephalandra has its special charm by the purplish red colours and violet-blue iridescence of its younger foliage, additionally the stomata on the dark coloured leaves are visible as silverish points when the plant is under water. The leaf shape is oblanceolate with rounded tip, the leaf edge more or less wavy.

Bucephalandra sp. "Brownie Ghost" is a special gem in the aquarium that is best placed on the hardscape in the midground to foreground.