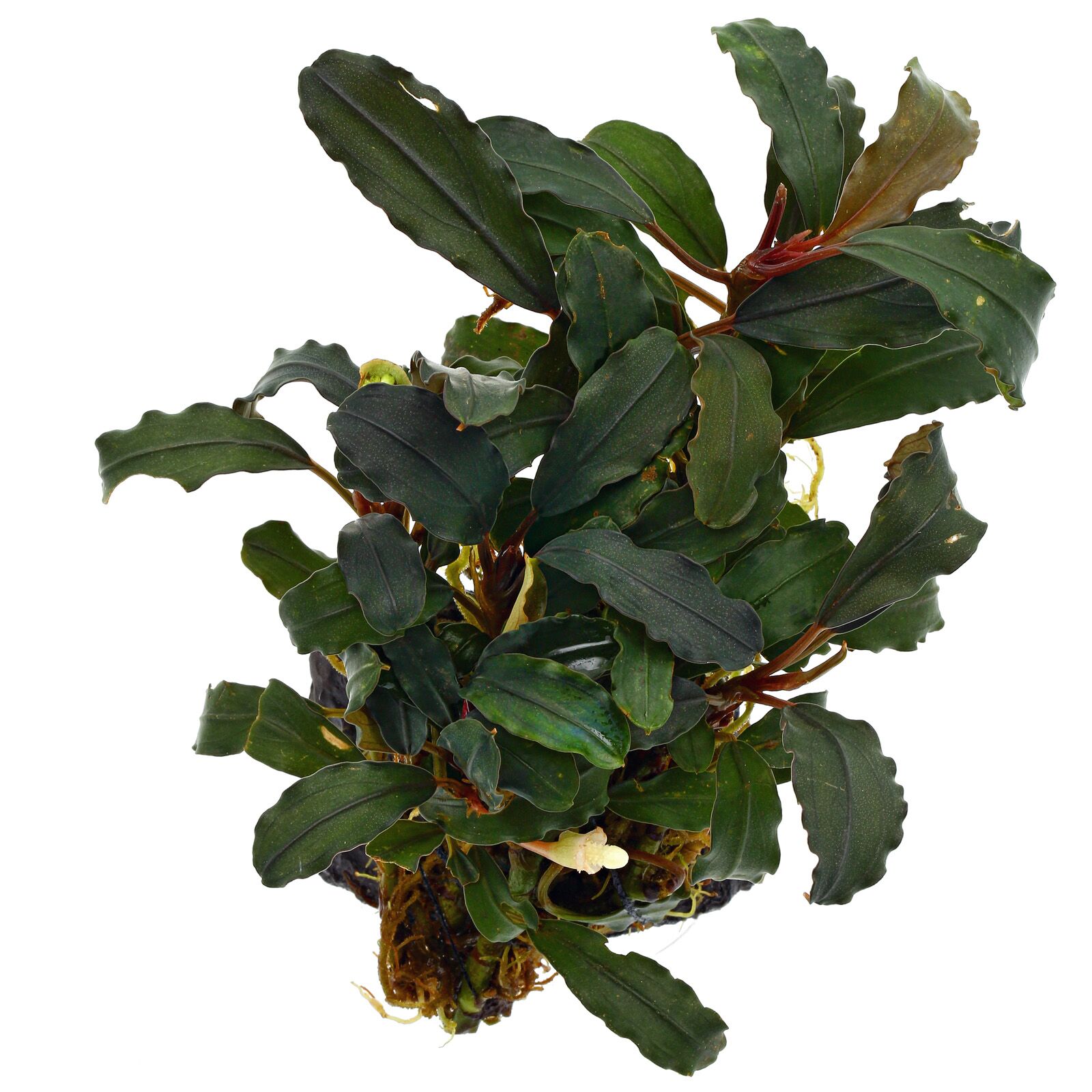 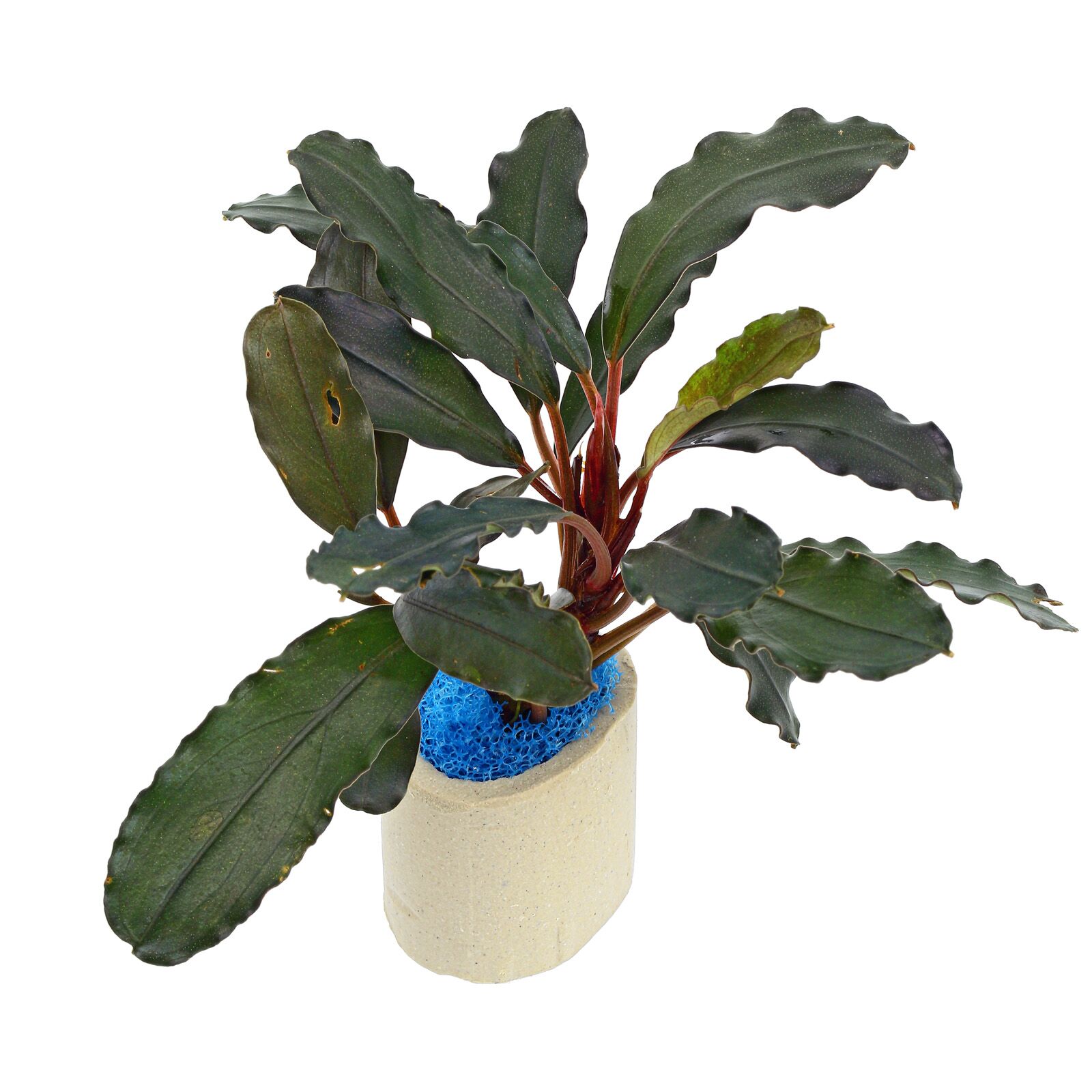 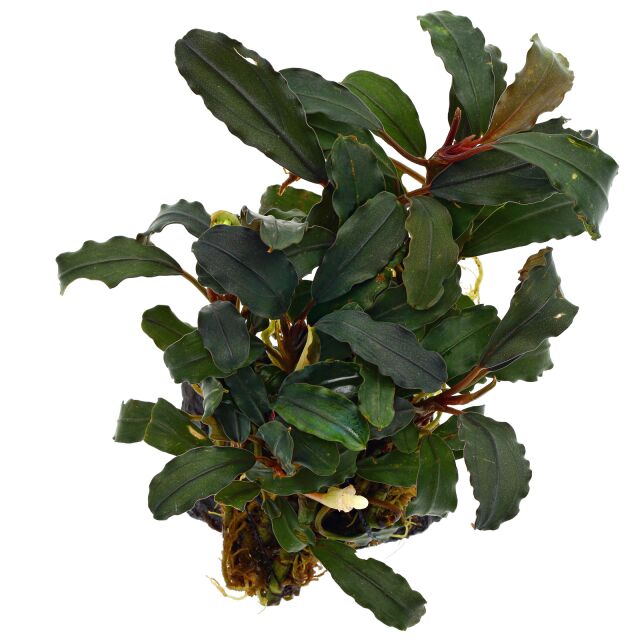 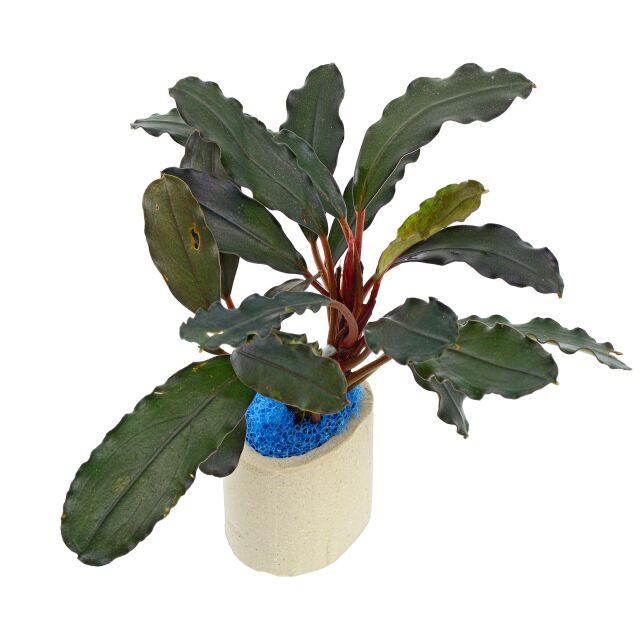 This Bucephalandra was named in Asia as "Alamanda V3 Dark". Its exact origin and species belonging is unknown to us, but as well as all Bucephalandras, it originates from Borneo island, growing as a rheophyte (adapted to strong current) on rock in the flood zone of rainforest streams. Bucephalandra sp. "Alamanda V3 Dark" is a large, strong variant with elongate-elliptic leaves. The leaf blade is up to 9 cm long, with a wavy edge and dark green upper side. Leaf stalks and rhizome tips are red brown.
This Bucephalandra is produced in water plant nurseries in Indonesia where it is delivered in bundles or tied on plates (pads). Each pad has numerous single plants.